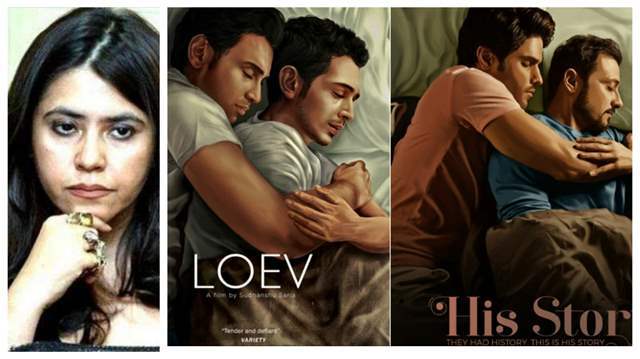 ALTBlajai's upcoming web series, His storyy seems to have come under the radar soon after the poster release. The teaser of the show came out just yesterday and received rave reviews for the same. However, the trouble here is that the show has been accused of plagiarism this time around. The art director for the movie has accused the makers of the same, pointing out the similarity between the series' poster and film's poster, Loev. The movie released in 2015.

Jahan Bakshi, the art director took to Twitter and slammed ALTBalaji for the same. The tweet said: Bro @altbalaji are you okay? I mean if you need someone to design posters I can help you, I promise it doesn’t cost that much. Another of the tweets mentioned: This poster for LOEV was designed by @TalkPigeonCo and illustrated by Rohan Pore. We spent months on it. Investing solid time/money on a poster for an indie film is difficult. And yet, a studio which surely has the resources to commission original designs opts to steal it. Sad. Among others, the director of the movie too, took to Twitter and wrote: WHY IS THIS INDUSTRY LIKE THIS?

A spokesperson from ALTBalaji has released a statement and said: We at ALTBalaji hold every artist's representation of work as paramount and will never intentionally pick up another artist's hard work. We have got multiple creative partners working on our show posters and are doing our due diligence on this.

His Storyy features Satyadeep Misra, Priyamani, and Mrinal Dutt in the lead roles.

+ 2
1 months ago Their statement is completely ILLOGICAL !! How long will they cover up their crimes ! Even the pillow is copied from 'Loev' poster to the 'His Story' and this people are trying to justify themselves !! This platform will be banned one day considering the amount to trash they are yielding on daily basis.