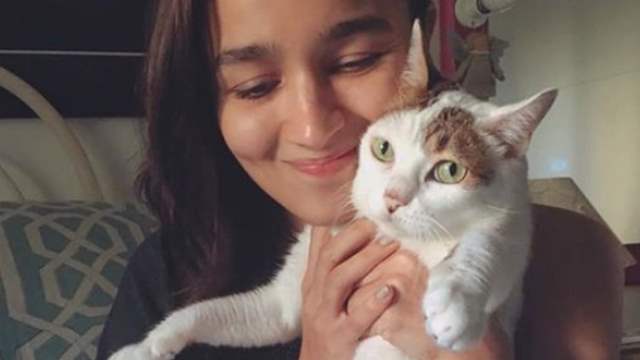 Alia Bhatt is a cat lover and often shares pictures with her pet cats on her social media. She is fond of the furry animals and loves spending time with her pets between shoots and breaks.

However, it’s an unfortunate day for Alia Bhatt as her pet cat Sheeba passed away on Friday. She took to social media to share the heartbreaking news as she bid goodbye to her furry friend.

Alia shared pictures with her late pet and wrote : “Goodbye, my angel."

Her mother Soni Razdan also penned an emotional note under her post as she wrote: "RIP, Sheeba. We named you after the Queen of Sheeba because from day one you had such a regal air. My mornings will never be the same again. Thank you for the abundance of love you blessed me with Sheebles. Will miss you so much."

saiba007 18 days ago Like seriously don't you have any better news, why the hell does it matter if a celebrity cat dies who gives a shit man, go and find something worth reading something worth writing about.....