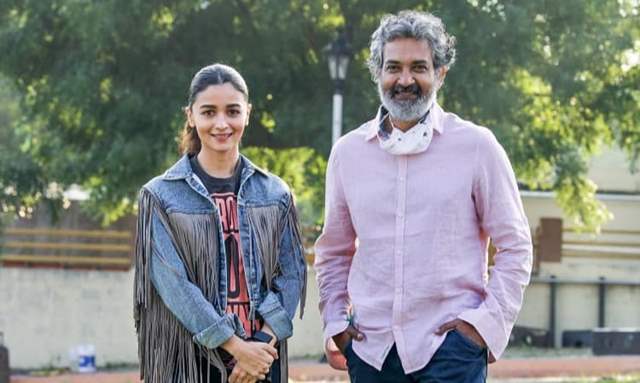 Alia Bhatt has finally joined the sets of filmmaker SS Rajamouli’s upcoming Telugu magnum opus RRR and the makers have begun shooting for the upcoming film. The actress will reportedly play the character called Sita and she is paired opposite Ram Charan.

Earlier, Several reports surfaced online that suggested Alia Bhatt getting replaced in SS Rajamouli’s RRR and also stated that actress Priyanka Chopra is being considered to take her place.

However, a Pinkvilla report quoted a source from Alia Bhatt’s team that rubbished such reports and confirmed that the actress is still a part of SS Rajamouli’s RRR. The source added that Alia is prepping for her character and is also learning the Telugu language for her part in the film.

Now, pictures of Alia and director Rajamouli are going viral as the actress joined the ace director on the shoot of the upcoming film.

Alia Bhatt reveals 'most important women in her life'; celebrates ...

“This last year brought us even closer”, Shaheen Bhatt pens a ...

Priyanka, Varun, Kareena and others pour heartfelt wishes for Alia ...