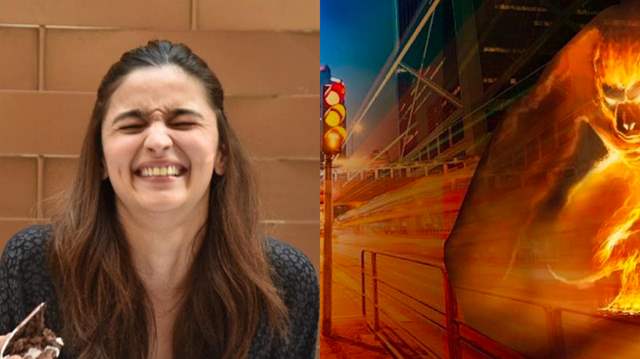 Alia Bhatt is currently enjoying the most amazing phase of her life professionally and personally. The actress' recently released film, Brahmastra, is being hailed for its VFX and its enormous collection has ended the dry spell at the box office. The film also stars her husband-actor Ranbir Kapoor, Amitabh Bachchan, Mouni Roy, and Nagarjuna Akkineni.

Alia took to her Instagram stories and shared a post by Mumbai Police in which they have used Astras from Brahmastra to spread awareness on road safety. The creative post from Mumbai Police says,

Alia shared the post on her Insta story and wrote, "Epic" with a laughing emoji. Needless to say Mumbai Police's creative team never fails to impress us all. 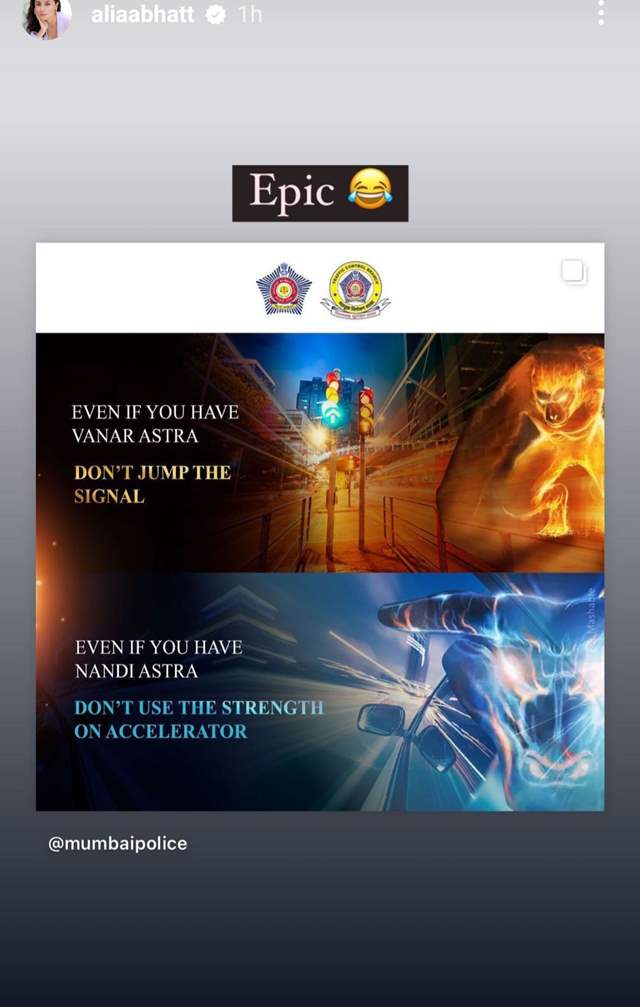 Talking about the film, Shah Rukh Khan and Deepika Padukone have also made a cameo appearances in the movie. It is undoubtedly one of the biggest releases of 2022. The Ayan Mukerji directorial has been released in five languages - Hindi, Tamil, Telugu, Kannada, and Malayalam.

+ 11
2 months ago Youngsters want entertainment, they will happily watch when they get some, actual movies lovers are not bothered by reviews before they select a movie .