Alexx O Neil, Shweta Keswani's Jodi daar is on a loosing spree, it seems. Well, we aren't talking about weight issues here, but as we all know that Alex has been a busy bee dancing and rehearsing for his show, this firang lad has been a little pre-occupied with work or so, it seems. 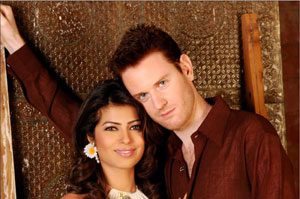 It was just another day when Alexx was trying to get through his destination in the city for a conference early morning, when he was bombarded with calls on his cell phone just while paying the rickshaw's fare. Ultimately he forgot his wallet in the rickshaw realizing much later that the rick driver had already fled with it.


He recalls that he had around couple of grands along with his U.S and Indian debit Cards. But the one thing that he most regrets loosing, is his Money Clip which was gifted to him by someone that carried his cards.

"It was classy, wonderful and very special, it was quite an expensive piece too. and not many Indians use it. " recalls the disheartened Alex.And that's not it, apparently not so long back, he had lost his cell phone as well in the rickshaw, but fortunately the driver was kind enough to return it.

Well Alexx, each day is a new learning day. Guess a little more caution the next-time, will help!

Yuvika_15 13 years ago awww poor alex... but its kind of the driver to return the mobile, how many ppl do tht today? not many!!

he looks quite cute with Shweta :D

urber 13 years ago poor alex.. he needs to be more cautious in the future..