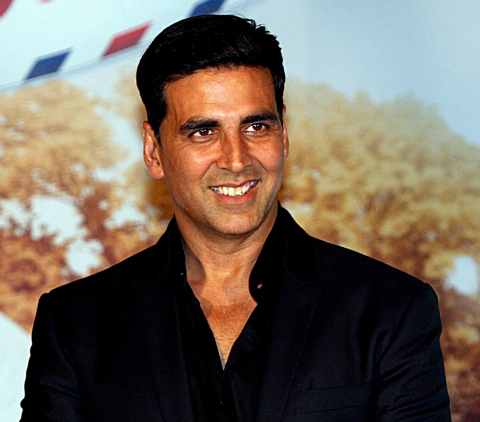 "Akshay currently has his home productions' movie in his kitty so he can change the dates too according to the schedules of the show," adds our source.

aleyammakroy 6 years ago ALL THE VERY BEST TO AKSHYA KUMAR, IN BIG BOSS.

uaassshi 6 years ago I guess after Salman ,Akshay Kumar is the BEST choice to Host Big Boss.. God he is such a fab person.. I am dieing to watch this season only for my Love Akshay Kumar :-)

BerryBlush07 6 years ago salman was very good with BB..
And Akshay will be WONDERFUL ..hopefully he will do it ! :)

randayn 6 years ago Ask hay is much more acceptable. Salman is Nonono no no.

DiptiShoaib 6 years ago Akshay u rock . Waiting for Big boss just for u

Camryn 6 years ago Finally biased host is out! Happy for Akshay

BLR_babe 6 years ago believe it or not i guessed he m8 host as i saw him endorsing a 'bigboss' dollar vest :)..
well he sounds appropriate .. good luck

ani_gr 6 years ago Awesome.. Love Akshay.. he wil be a great host.