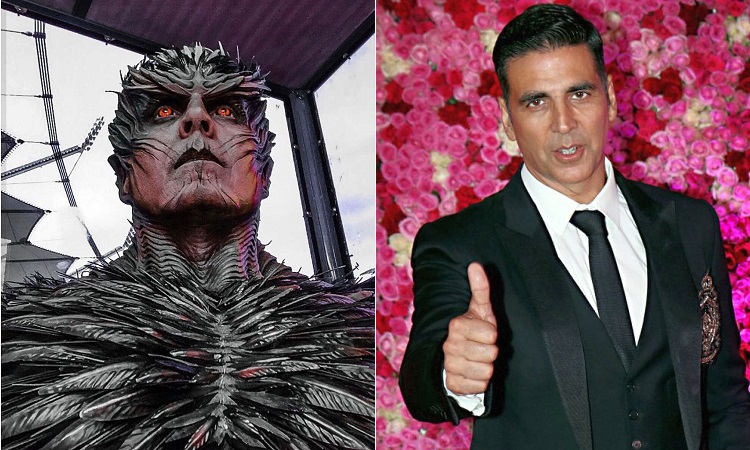 2.0 is arguably one of the most awaited movies in India this year. The film stars Rajinikanth, Akshay Kumar and Amy Jackson in lead roles, the film is directed by Shankar. Currently, Bollywood actor Akshay Kumar has garnered immense appreciation for his looks in the film '2.0'.

The superstar will be seen performing a negative role and he recently unveiled his first look from the film. His character has surely turned to be a formidable one in regards to Akki's looks.

Meanwhile, during a media interaction, Akshay was asked about his first reaction when he saw himself in that get-up, he said, "I was just clicking selfies and my family was there with me and I kept clicking selfies with my wife and my children. Even they were amazed by my looks."

Adding to it, he was also asked about his daughter Nitara Kumar's reaction and if was she scared; he added, "No! She had actually seen me through the whole makeup process and she knew something was happening to her father. But she wasn't scared."

Check out this video of Akshay Kumar's makeup process:

The Hindi version of the film will be presented by Karan Johar. Robot 2.0, produced by Subaskaran and Lyca Productions, will release across India on November 29 in 3D and 2D.