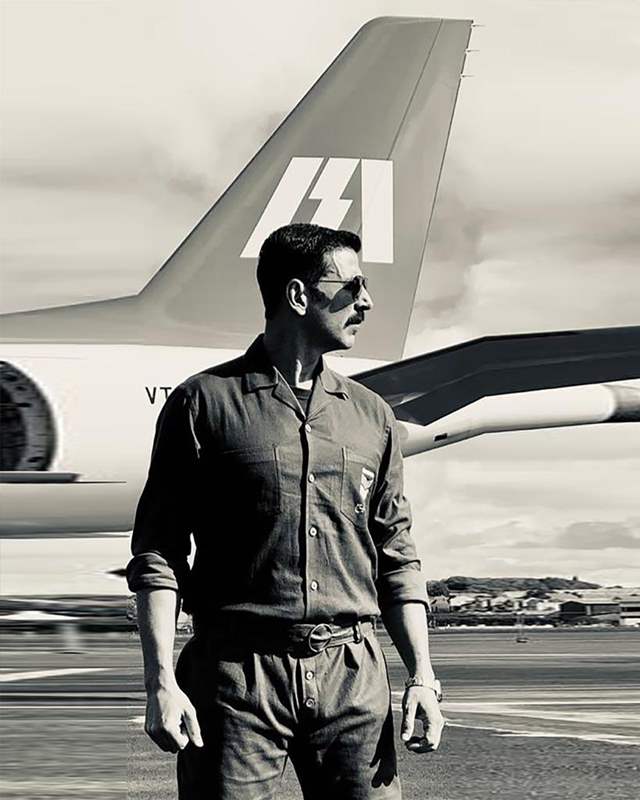 The retro aesthetics are hard to miss and so is the swag factor in Akshay Kumar's new look from his upcoming film Bellbottom.

Pooja Entertainment decided to reveal the new look on Akshay's birthday and are bound to make his fans super happy. The dapper image has Akshay set against an airplane wearing aviators and sporting a moustache.