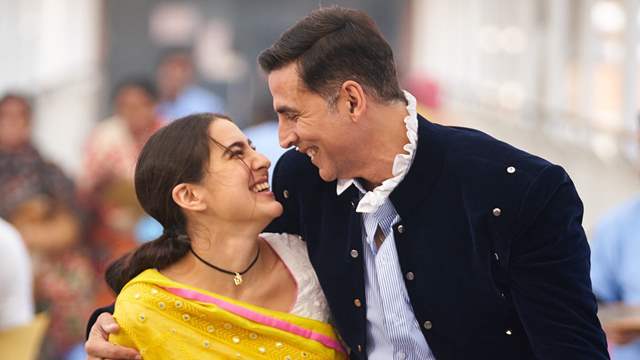 Bollywood superstar Akshay Kumar is back in action and has kickstarted the work on his upcoming project.

Sharing his excitement about resuming work, Akki took to social media to share a happy picture with Sara and wrote, “The joy brought by those three magic words is unmatched : Lights, Camera, Action ?? Begun shooting for #AtrangiRe by @aanandlrai. Need all your love and best wishes ???? An @arrahman musical. Written by: Himanshu Sharma.”

Sara also welcomed her dear co star with a lovely post. Sharing the same picture, the actress expressed her excitement. “Atrangi Re becomes more Rangeen! @akshaykumar so privileged, excited and thankful to be working with you!”

Speaking of Atrangi Re, the romantic drama film is written by Himanshu Sharma, and produced under the studios T-Series, Colour Yellow Productions and Cape of Good Films.

While this is Dhanush’ third Hindi film, Sara Ali Khan will be seen in a double role for the first time. Atrangi Re is scheduled for cinema release worldwide on Valentine's Day 2021.