Akbar Khan, who is planning to re-release ', has hit out at Subhash Ghai for alleged unprofessional distribution of his film which led to its poor performance at the box office on its first release. 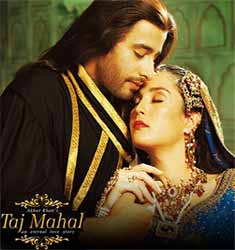 Featured Video
'My film suffered because of poor distribution and marketing. It was a complete lapse on the part of the distributor, which was Mukta Arts headed by Subhash Ghai. I trusted them and I was betrayed. It was callously and most unprofessionally marketed and distributed,' Khan told IANS.

'I could never think that he (Ghai) would handle the thing so badly. I don't intend to speak to him any more. He is a shabby man,' he added.

Based on the lives of Mughal emperor Shah Jahan and his wife Mumtaz Mahal, the film was released in November 2005. It was pulled out of theatres in the second week.

Now Khan, who produced and directed the film with Zulfi Syed, Sonia Jehan and Kabir Bedi in lead roles, is set to re-release it in 2009.

Khan said he had planned for a mega release of the film with 400 prints in India, but only 120 prints were distributed across the country.

'I spent nearly Rs.20-30 million on prints but of no use as they were never used. Only 110 prints of the film were released in India and that too in all the B-grade theatres in the country.

'Besides, 70 percent of show time that was allotted to the film was a single show at 11:30 a.m., which hardly had any audience,' he added.

Khan said posters worth nearly Rs.10 million were dumped in a godown.

'I had given posters of various sizes worth Rs.10 million to the distributor to distribute it to various theatres across the country, but they were dumped in the godown of the distributor and were never used,' he said.

Khan said the film was made on a budget of Rs.500 million and he had given the distribution rights to Mukta Arts on a profit- sharing basis.

'I did not sell the film to the distributor, but I promised them 10 percent commission.'

The film, which received two National Awards for best costumes and art direction in 2006, has been screened in various film festivals, including the Dubai International Film Festival and the Damascus Film festival.

Khan is also planning to release the film in internationally with the director's cut version.

'As it was well received by international audiences at various screenings, I will be dubbing the film in various foreign languages and then releasing it in countries like Indonesia, Egypt, Damascus, Germany and France with the director's cut version keeping the taste of international audience in mind as it will have two songs out of the total six,' he said.

The music for the film has been scored by legendary composer Naushad.