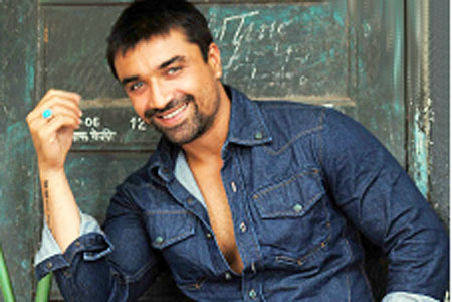 Ajaz Khan was flattered by the love that he received once he came out of reality show 'Bigg Boss Saath 7'. He credits Bollywood star Salman Khan for making him popular among the audience when he was inside the 'Bigg Boss' house.

"Salman Khan is the man who has put me in the hearts of the audience. I first made a place in his heart and only then could I enter the people's hearts," Ajaz said here on Friday at an acting institute Live wires.

"When the public saw their idol Salman appreciate me, they thought if he can, then even they can love me. Salman is responsible for placing me where I am," added the actor, who was the second runner up of 'Bigg Boss Saath 7'.

Ajaz further praises Salman for being a good human being.

"Salman bhai is a very good man and that is why he is in the hearts of so many people. He is not like 'I am a superstar and stay away from me'. He never misses a chance to appreciate someone and there is hardly anyone in the industry who does it," Ajaz said.

Ajaz, who has already done some films in the south, will soon be seen in the Hindi film "Ya Rab".

Talking about it, he said: "It is a film on terrorism. It is a good film, please watch it."

HC_Meena 6 years ago Keep it up and all the best for your future endeavor ...

veenisha 6 years ago initially I hated him
but later he was simply superb :D
he clearly differentiated between being funny and crossing their lines {like some people claimed they were trying to be funny :P }

dazzlingflora 6 years ago loved ajaz during the season.. initially didnt like him.. but seriously he made his place on our heart... ekk numbeerrr!!!

-Daredevil- 6 years ago You made BB worth watching. Thank you for entertining us. Your one liners were epic.
Hope you find someone that shares your interests.

gangnamstyle 6 years ago my friend, my family and i absolutely loved u on the show,,,,, u made the boring tareen season worth watcing and made us all LAUGH SOO SOOO MCH. ur aapa act especially ws hiilllaaarriiiooousss... and ur one liners were epic. and salman was lying abt andy being better than u in tht particular week, he is nowhere near as entertaining as u r and u were NEVER irritating in any week.

arhifan1 6 years ago ek number maanas hai tu bhai! but u shudnt have interfered in personal relationships... gaushal.. that was bad.. but eknnumbarrr!! ;)

nicegirl_good 6 years ago you know Ajaz when you first came in, we thought you were creepy etc but then you made a safe place in our hearts and almost every fangroup adores you which makes you so unique!

sun2011 6 years ago Ajaz Khan - I had mixed feelings about him - but everytime his acting talent overpowered his other failings like constantly drawing attention to himself. THis interview he pays tribute to Salman Khan in a very humble way and mentions simply to ask us to watch his film!! All this makes him win fans for sure.