You are here :
OVERVIEW ABOUT
1
NEWS
2
PHOTOS DISCUSSION
2
FANCLUB 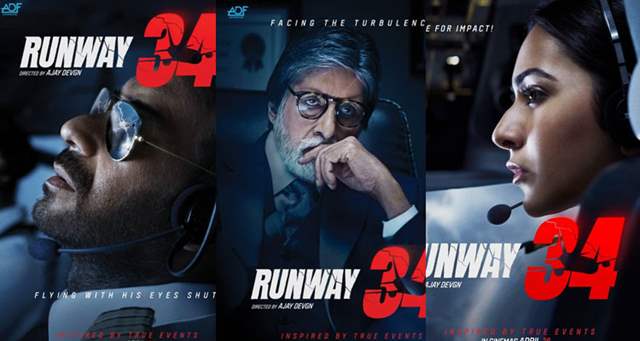 Bollywood actor Ajay Devgn has a number of exciting films in the works right now, and his fans are in for a wonderful treat. Runway 34, one of his future films, is generating a lot of interest because it is claimed to be based on genuine events.

The thriller film, which also stars Bollywood megastar Amitabh Bachchan and Rakul Preet Singh, will have Ajay in the role of a pilot. And, as fans wait for Runway 34 to hit theatres, the Singham actor has released two motion posters for the film.

The initial motion poster depicted Amitabh Bachchan with an intense expression on his face and a voice-over in which he appeared to criticize the Bhuj actor for jeopardizing the safety of his flight's passengers.

The other motion poster included Ajay Devgn's voice-over, who was attempting to explain his side of the story from a tragic incident. He also published a poster from the film showcasing himself and Rakul, which has further heightened to the excitement for Runway 34 among the public.

He had captioned the motion poster as,

The edge of the seat drama is set to storm the big screens during the Eid 2022 weekend. The movie is slated to release on April 29. Meanwhile, reports also have it that Ajay will be launching the trailer of Runway 34 on March 21 and the trailer of the movie will be attached globally to the prints of RRR.

+ 8
10 months ago People talk about Akshay Kumar but the consistency and the kind of films Ajay is doing and producing is amazing.