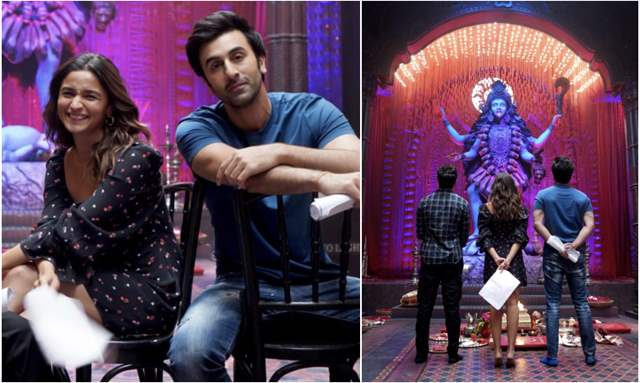 Ranbir Kapoor and Alia Bhatt are gearing up for the release of their upcoming film - Brahmastra. The two will be see collaborating for the first time and they are steadily moving towards the completion of their film.

Today, Alia took to her social media handle and shared an update about the film with a few magnificent pictures. The actress was seen posing with Ranbir and director Ayan Mukerji in the setting of a Kali temple.