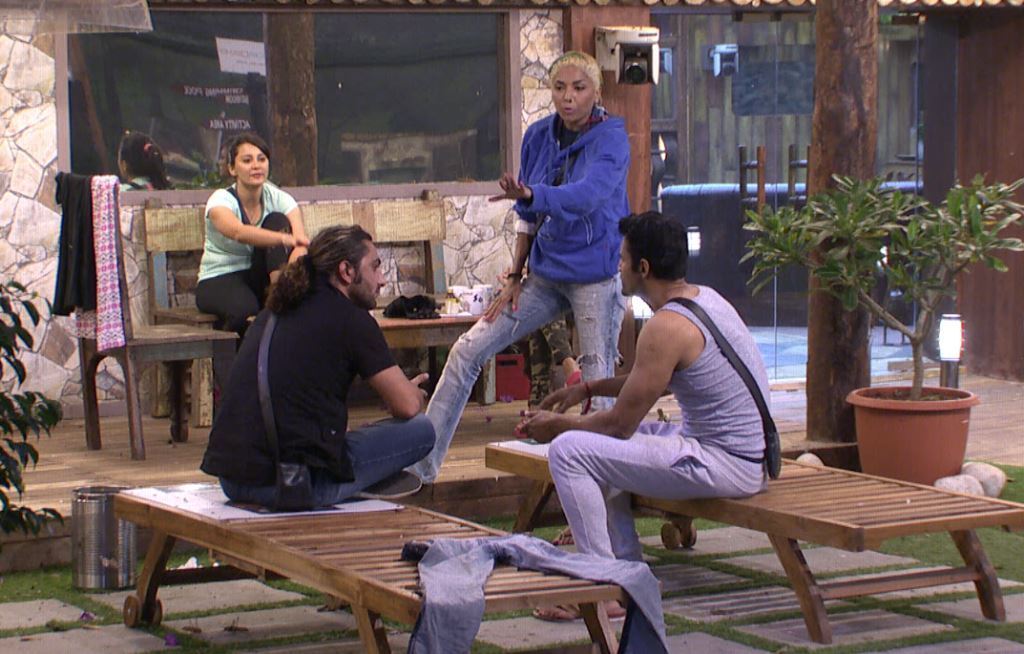 Bigg Boss' Super Heroes vs. Supervillains task has ruffled many a feathers. While Bigg Boss cancelled the second leg of the luxury budget task owing to excessive aggression, the fights continued on as Sonali and the rest of the Supervillains demanded Diandra's eviction for using force against Sonali. Even after Bigg Boss announced his decision, Praneet continued to be irked and showcased a never-seen-before side to his personality.
As life struggled to return back to normal, Praneet Bhatt sat down with Arya Babbar, Minissha Lamba and Upen Patel to understand why they did not take a stand against Diandra who caused physical harm to Sonali Raut. He stated that he was also appalled by the behavior displayed by the Superheroes team because he chose to kick the basket of burning chillies onto the grass rather than pouring water on it to extinguish the fire. Hearing this, Minissha was enraged because she believed that the team had taken the right step by kicking the basket because it was dangerously close to Upen who could have gotten burnt by the flames. In fact, Aarya added to it saying that he was very upset that Praneet had tried to caused physical harm to him by pushing him.
While Praneet said that the violence was brought upon by the Superheroes because of their behavior, he also kept arguing with Minissha, Aarya and Upen about the fire incident and not taking Sonali's side against Diandra. Minissha resorted to calling him a crazy man because it was definitely not okay to hurt a human being over some grass which can be easily extinguished in event of a fire.
After Praneet left the scene, the housemates decided that it was in everyone's favor to lighten the atmosphere. And what better way to do it than to relive the moments of the task which now seemed more entertaining after the storm had ended. Soni Singh and Karishma re-enacted the whole scene leading from the time that Upen took over protecting the flagpole till the time that he found himself unceremoniously dumped in the swimming pool with the flag!
While the former Super villains continued to remain furious even as they turned in for the night, it was clearly Superheroes to the rescue while saving the day with their fun-filled masti!
0 Likes

shahidzlover 9 years ago Wow Anushka is looking beautiful... lover her dress... and she carried it off pretty well!!!!

..Ananya.. 9 years ago Siddhartha is looking handsome as always and DP looks stunningly hawt..SRK is an absolute charmer..he rocks in every outfit..Gauri looks pretty as well..I've absolutely no words for Anushka..she indeed looks really very beautiful..Awantika buhh..didn't like her much :)
P.S.:Y is PC not in the list?

KingOfRomance 9 years ago SRK is best. He looks a total charmer and world's loverboy

Premeer_Mayur 9 years ago Anushka looks like a fairy in that green dress.
SRK! always the coolest dude.

LOVE_DMG 9 years ago Anushka looks best of all the girls there.

Pirated_Fun 9 years ago Anushka is looking awesome , Deepika is looking awful .. BTW Sameera's dress is not that bad but i feel she does not look that good