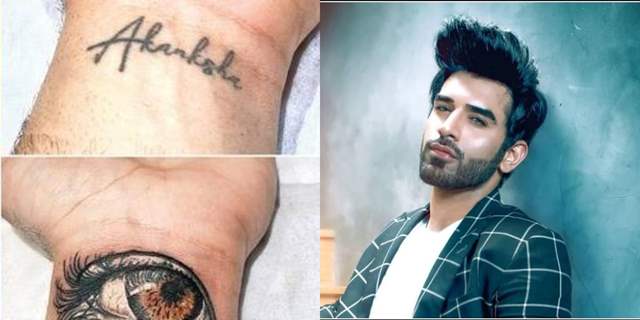 After Bigg Boss 13, Paras Chhabra was keen on getting rid of his ex-girlfriend Akanksha Puri’s tattoo on his wrist. After the show, the actor got busy with another show Mujshe Shaadi Karoge post which a complete lockdown was announced due to the Pandemic situation.

And now Paras has finally gotten his new tattoo done. According to Times of India, Paras revealed replacing Akanksha’s tattoo with the famous Bigg Boss' eye. Paras told the media that he wanted to break free from his previous relationship and doesn't want any memories attached to it.

Also talking about the new tattoo he says that the show, Bigg Boss has given him a lot and he feels a strong connection with the show. The show has taught him many things. And that is why he decided to get inked it on his wrist in place of his old tattoo. Also, he informed that it almost took a month to modify the tattoo.

The leading portal also contacted Akanksha to know her reactions, however, she clearly said that she doesn't want to comment as it no longer hold s any importance in her life.

Paras and Akanksha had got each other’s names inked on their wrists when they were in a relationship . But after they broke up, Akanksha got Paras’ name removed in February this year, while he was still inside the house.

Eva Green Slams Back at Allegations That She Killed The ...
55 minutes ago