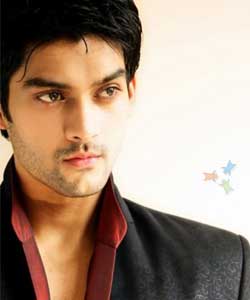 Imagine's show Sawaare Sabke Sapne - Preeto produced by Creative Eye has managed to strike the right chord with its viewers as the show has reached the #1 position on the channel in quick time.

The lead faces Aditya Redij and Ankita Sharma are rocking as a couple, now that the audience loves their chemistry on screen. But it seems that the actor's closeness with his girlfriend and ex co-star Natasha Sharma is creating a problem for the Aditya-Ankta on screen Jodi.

An insider informs, "Aditya recently asked for an off from the show to leave for some urgent personal work. However, it came as a shock to the channel and the production house when Aditya was spotted holidaying and having a gala time with his girlfriend Natasha Sharma."

TellyBuzz contacted Aditya Redij and he surprisingly denied the whole fact and said, "I was not in Goa. In fact I was in my home town Kolhapur as it had been three years since I went there. I had a pleasant time there after long."

Well, Ankita Aditya jodi is doing well and is being talked about. We wonder how ankita would take this news about her present co actor seen with another girl

+ 2
9 years ago Aditya and Ankita are tooo Awsomeee in SSSP...very happy that show is Rockinggg...very gud show jus love it...

9 years ago adi seems to be a dedicated actor ...else he couldnt have been so good! i really dont think he could have done this. he doesnt seem the sort of irresponsible chap. i think articles should be better researched before writing, else they will border on gossip...

+ 3
9 years ago this is pretty ridiculous...Didn't like the tone of the article at all...Adi must be having his own personal matters to look to..Why is it being made a big issue for??He's just amazing as Rajbeer and so is Anky as Preeto and i'm so glad that this show's on the no.1 spot!!!!

Anky and Adi surely share an amazing rapport with one another and i wish them all the best,for their show and their personal lives!!

mmayaa 9 years ago luv the jodi of Rasia.Aditya & Natasha is my favorite,..i don't know the truth & don't want to know because it is their personal, but hope to seen them back together onscreen again.

sias 9 years ago Aditya ,U are perfect in preeto .ur every acting and expression is excellent . 1st time i hear that adi and natasha are couple. i hope it just a rumor.i wish u will get the top place in tv industry. all the best & take care. enjoy ur holiday

9 years ago what rubbish!what has adi's relationship with nats got to do with preeto or ankita.nowadays nobody cares about all this personal life affecting public image.the article is in very bad taste and the least people can do is to have a good l;laugh at it