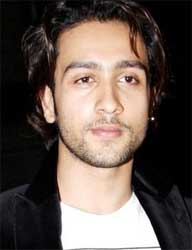 Adhyayan Suman son of actor Shekhar Suman started off his career in Bollywood with the film ‘Haal-e-dil’ at a bare age of 20 years. Though his previous film was a off-beat show at ‘box-office’ he seems to be more promising with his upcoming film ‘Raaz- the mystery continues’. Lets know what he actor has to say about his film.


Tell us about your role in this movie


This was reel life story, but in real life how far you believe in ghosts and spirits

Till now I have heard of so many incidents related to spirits and ghosts that I do believe in them. I often feel that such things can happen to me too but I pray God to save from all such evils.


How much you fear horror films

It is different with respect to its narrative, screenplay, story, songs cast and even the director is different. Overall it’s completely different from previous Raaz.


When you got to know that the film will be shot at real horror locations so, what was your first reaction

My reaction was negative. I told Mohit that get a ‘body double’ to shoot all the horror shots I will be there to shoot love story scenes. But then I thought it will be a good experience because when you are shooting there are people around you, there are lights, cameras so you don’t get scared. Its only when you go to your vanity van and you are sitting alone you feel scared. 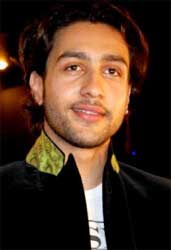 Was there any memorable moment while shooting for the film

Memorable moment! Yes when I was shooting for the song ‘Soniyo’ there was a shot where I have toss’ Champagne’. I asked Mohit whether the champagne bottle will have water or champagne and he replied ‘water’ of course. So I insisted him let me try it out with a real one and he agreed. Within 5 takes I had the whole champagne and as a result I ended up stammering and was not able to do the shot. Then I have to drink about 10 bottles of water to get myself down. But I think overall it was a ‘cute’ incident and that must be the reason that the song has turned out so well.


You shared screen with Emraan Hashmi and Kangana in this film. How was your experience with them

Emraan is a good friend of mine. He is very sweet. He never made me feel like a new-comer, gave me my space and was very patient with me while, I was shooting a shot with him; he has been very nice to me. Kangana too was good to me; someone so brilliant, professional, dedicated and hard-working again for a new-comer like me it’s a learning point where I get to know how dedicated people are with respect to their roles and characters.

I don’t think so because all of us have a specific role in the film. Its not that one is greater than other. I think all the three characters in the film need to work otherwise it won’t work and the way Mohit has sketched out characters in film they are so strong and so I don’t think anyone can over-shadow anyone.


You have acted before in ‘Haal-e-dil’ but you take ‘Raaz- the mystery continues’ as your debut. So any regrets from the last film

What according to you is the basic reason for success of a ‘horror’ film
I think we have many films in ‘horror’ genre and somewhere below the line people have knack for such movies. They want something different, something interesting, people like getting scared. I think 1920 was a good film while watching this movie in theatre I saw people laughing. This surprised me and asked my friend why are they laughing? So he replied back telling that they are laughing out of fear and that why such films work.

If you feel ‘1920’ was a good film. Do you think ‘Raaz- the mystery continues’ will be able to break its records

I don’t think we can decide that it’s the ‘janta’ who will decide it. If they like the film it will surely break the records at box-office and we will not like to get our film compared with any other film because every film is different and they get different watch at box-office.

Basically it’s the narrative of the film. The reason I watched 1920 was because I was doing a horror film and was excited to know as an actor that how differently is 1920 made and Raaz is going to be. The narrative, the story and the horror in both the films are completely different.

Very good reviews, recently few from the industry called up my father telling that your son is looking good, he is looking like a rock-star and they all have been saying that the film is going to be a block-buster and I hope that it really does. As a debutante its such a big film for me with such a big camp I couldn’t have asked for more.


Do you believe in first sight love

I think I fell in love only once and that too with Kangana it was when I was shooting for a song sequence and I deeply looked into her eyes and that was the time I fell in love with her. So yes I believe in love at first sight.