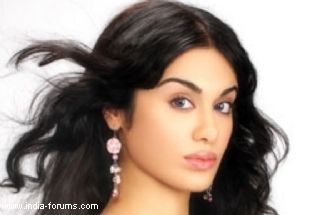 Directed by Pawan Wadeyar, the film's shooting is currently on in Bellary. It also features Girish Karnad and Charan Raj in important roles.

"Adah has said yes in principle, but is yet to physically sign the project. She's busy shooting for a Hindi film and a big endorsement with a popular actor. She is expected to start shooting from Wednesday (July 16) after she signs the project," a source close to the actor told IANS.

The actress, seen in Hindi movies like "1920" and "Hasee Toh Phasee", will essay a college student in the movie.

"The makers cast her because they really liked her work in 'Heart Attack'. Since that role was very well-received by the youth, they were convinced that she will appeal to Kannada audiences with her character in 'Ranavikrama'," the source added.

"She's expected only for a week in July, and then she will join the team at the end of August. Adah is very happy with the role and she feels that the film will establish her career in Kannada as 'Heart Attack' did in Telugu," said the source.