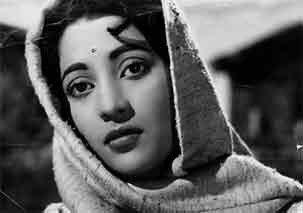 The condition of legendary Bengali actress Suchitra Sen, who is undergoing treatment at a nursing home here for serious respiratory problems, was stable Thursday, a medical bulletin said.

"Her condition remains much the same as yesterday (Wednesday). Her vital parameters are stable," said the brief bulletin released by the Belle Vue Clinic where Sen is being kept in the intensive therapy unit.

Wednesday's bulletin had described the 82-year-old actress as "extremely weak" with her oxygen saturation being maintained with the help of continuous oxygen therapy, nebulisation and chest physiotherapy.

She is not yet out of danger, doctors said.

Sen initially suffered chest infection and was undergoing treatment for it at the nursing home since Dec 23. Her condition worsened on the night of Dec 28.

The actress, who ruled Bengali cinema for decades, has been a recluse ever since she quit acting over three decades ago.

Known for power-packed performances in highly acclaimed Bengali films such as "Deep Jwele Jaai" and "Uttar Falguni" as well as Hindi movies "Devdas", "Bombai Ka Babu", "Mamta" and "Aandhi", she has been dubbed as the Greta Garbo of Bengali cinema.