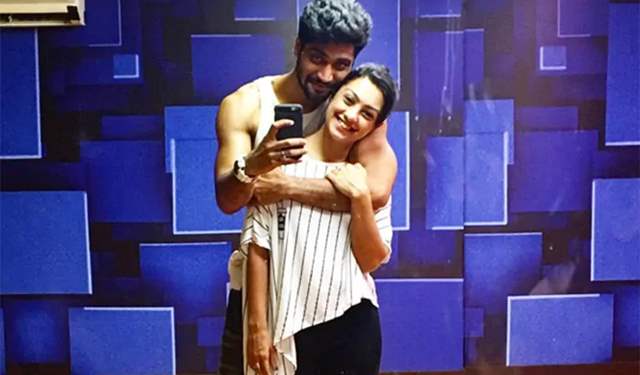 The Narcotics Control Bureau is currently investigating the drug angle in the entertainment industry and new threads continue to come up with each passing day. After Rhea's arrest in what is being said to be a drug scandal, a lot of names have been out in the media. While on one hand, summons are being sent to those who have been named, a lot is being reported in the media right now.

It all started with Rhea and Showik’s interrogation in regards to the Sushant Singh Rajput case and it has now lead to questions being raised at many celebrities from the Bollywood industry. However, it looks like the same is not limited to Bollywood and now, television duo Abigail Pande and Sanam Johar's name has also cropped up.

The couple was snapped at the NCB office today where they will be questioned about the drugs scandal. We tried calling Abigail Pande, who confirmed the news but refused to divulge any further details.