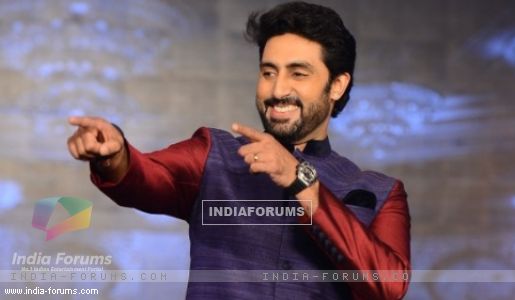 Actor Abhishek Bachchan, who owns Jaipur Pink Panthers, a franchise of the Pro Kabaddi League, may do a full-fledged movie on the sport.

It may be too early to talk about the movie, but sources close to the project say it would be as inspirational a film about the game of kabaddi as "Chak De India" was for hockey.

"Abhishek wants to make sure it's the perfect kabaddi film. He's on the lookout for the script," said a source.

For now, making kabaddi into a cool game is Abhishek's game-plan. Though he is committed to join his good friend Shah Rukh Khan on their global tour to promote their film "Happy New Year" September onwards, Abhishek is making the best of the time before the concert tours to promote his kabaddi team at matches all over India.

Abhishek makes sure he is physically present to cheer and motivate his kabaddi team, the Jaipur Pink Panthers.

"There is little point in associating with a team, no matter which game, unless you're physically present to motivate them," said Abhishek.