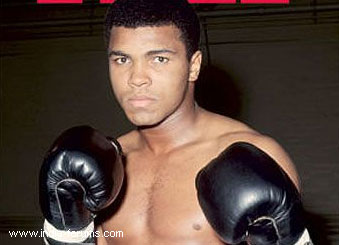 Boxing legend Muhammad Ali, who turns 70 Tuesday, has an ardent fan in actor Abhishek Bachchan who calls him "true inspiration".

"Float like a butterfly, sting like a bee!! #happybirthdayAli. Mohamed Ali. The greatest! My father introduced me to this giant in sports when I was a child. A true inspiration," Abhishek tweeted.

"Not just because he was a great boxer and sportsman but because he taught the world how to believe in what you stand for and ... to stand up for what you believe in.

"Had the courage to give up everything to do what he thought was right. And most importantly ... taught me that you're never too late or too old to make a comeback!!" he further posted.