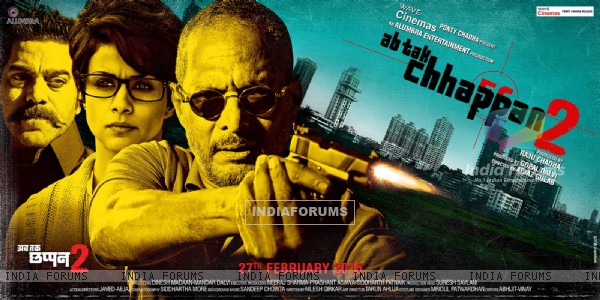 Yet again the classic mistake that Bollywood tends to make always: Pick a superb movie which was made years back, claim to make a sequel to it, and eventually make the same movie or rather simply spoil it. History repeals itself with Aejaz Gulab's directorial debut, Ab Tak Chhappan 2. More than a sequel this one is merely a retake of the 2006 blockbuster, and honestly not a very good one too. Aejaz Gulab, who has proven his mettle as an Action Director innumerable times before, falters in direction. The only thing that can save the movie would be the impeccable performance by Nana Patekar.

Ab Tak Chhappan 2 is a story of an encounter cop Sadhu Agashe who leaves his job after his wife's death and other forms of injustice that the system does with him. But he returns to Mumbai at the request of helping to wipe out the gangsters in the city. The movie is a sequel to Ab Tak Chappan. 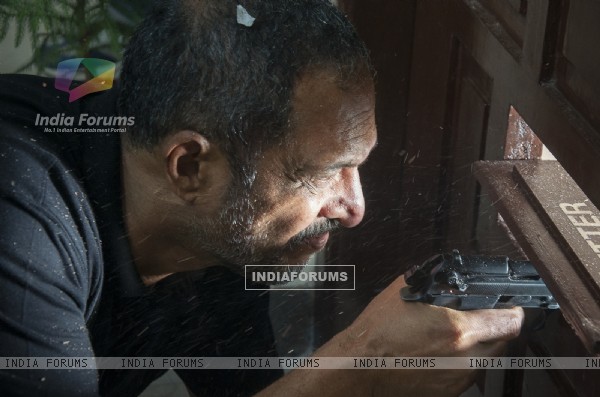 The only performance worth mentioning is that of Nana Patekar, he plays the main lead in the movie. He has so much power onscreen that one would simply be in awe of him. His dialogue delivery is impeccable hence every scene becomes splendid. There is no one in the industry who could possibly beat him with a superb timing of sarcasm. The only worth watching element in the movie and he is a class apart.

Other actors like Gul Panag and Ashutosh Rana have been merely  wasted and the movie doesn't give the time for either of their characters to evolve.

The worst part about the film is the cinematography. The movie has illogical slow motion shots in abundance. The camera angles are absurd and most of the time the camera is swinging thus leaving the audience irritated and a headache to follow. The editing is very haphazard and clumsy. There are unnecessary emotional shots as well. The only good news is that the movie has a run time of hardly 105 minutes. Good deeds in the past life. Pun intended.

All in all Ab Tak Chhappan 2 is not worth the time and energy. One should rather watch the first part or better go catch up on some of the Oscar nominated movies.