View Profile
‘Three Idiots’ is one of the most awaited movies of the year and interestingly it has got an amazing star-cast starring Aamir Khan, Sharman Joshi, Madhvan and Kareena Kapoor. At present the cast is shooting in India’s ‘IT’ hub, Bangalore. The shoot is taking place at IIM, Bangalore. Interestingly this time Aamir has found some time for his fans while he is shooting. 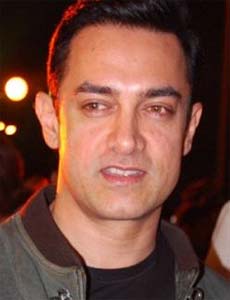 The actor is really enjoying being at IIM and he shares his experience with his fans on his blog.
He writes “I have to say I am having a great time shooting here at IIM Bangalore. Since I am also staying on the campus I save on travel time and as a result I am finally getting to sleep. I can’t tell you how happy I am about that. Raju is an absolute delight to work with and so are the rest of the cast and crew. I’m also really enjoying playing badminton, tennis and chess with the students here. IIMB has a super campus and a great bunch of students and faculty. Importantly everyone seems to be happy here and that is good to see. But mostly I am enjoying catching up on my sleep. What a fun!


Would like to meet some of you who live here in Bangalore. So post me your contact details if you are up to it and I’ll try and work it out.”


Aamir was very much overwhelmed by the audience response for ‘Ghajini’ and he realized that how wrong was he for not being in touch with his fans. He writes that “I am sitting in my room in IIMB waiting to be called for my shot. First my apologies for being away for so long. I hope to be more in touch in the coming weeks. As you all can well imagine the past couple months have been a mad time.


My sincere and heartfelt thank you for the responses you all have sent for Ghajini. I am so happy that the film has gone down so well with audiences. I am thrilled with the big opening that the film got and the kind of history it creating at the box office. I am touched and deeply moved by the faith you have shown in me. Thank you.


You know one of the reasons I wasn’t posting much on my blog before the release and soon after was that I was so immersed in Ghajini, and most of what I felt like sharing with you at that time was to do with Ghajini. However I was very conscious of the fact that it should not appear as if I am trying to use my blog to publicize the film. The sad thing about that is, that then; I don’t end up sharing with you a lot of the process and what I am feeling at that time. Films are my life and I would like to share it first hand, and when it is happening. So I think henceforth I am not going to bother about that.”

Rhea Sharma to be seen in Ekta Kapoor's next?
3 minutes ago

From Sid, Bunny to Ved, Barfi: Life Lessons that Ranbir ...
57 minutes ago