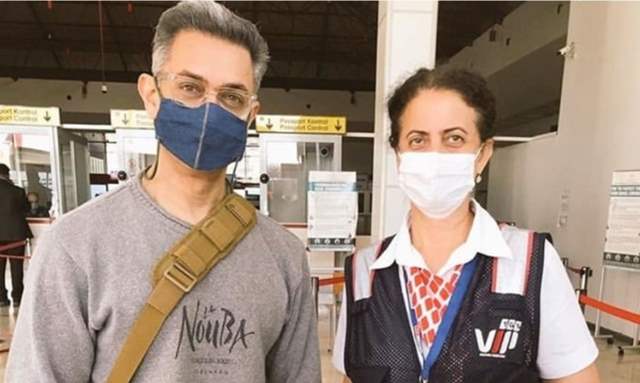 Aamir Khan and Kareena Kapoor Khan are all set to reunite on-screen with their upcoming film Laal Singh Chaddha. An official remake of the classic, Forrest Gump, the movie will see Aamir in the titular role while Kareena will take on another interesting avatar for this one. The first look of both the actors from the film left everyone mighty impressed and now, fans can't wait to see them back together.

Meanwhile, Aamir was snapped at one of the international airports in Turkey, and photos of the actor have been doing the rounds on social media. While the actor was snapped at the airport, Kareena is still in Mumbai and we are hoping that they resume the shoot soon as fans can't wait.

Check out the photos of Aamir Khan doing the rounds online:

Meanwhile, according to a tweet from Taran Adarsh, the movie will now be releasing next year and has been in fact, been pushed by an entire year. As reported, Laal Singh Chaddha will now hit the screens in Christmas 2021 and well, the wait for fans just got longer!