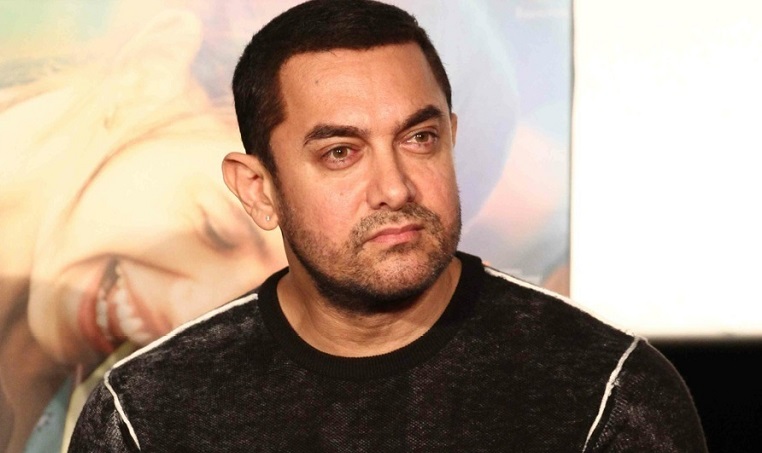 Superstar Aamir Khan, who has two sons and a daughter, is happy to feature in a TV campaign which is a tribute to "proud dads and their daughters".

Created and directed by Nitesh Tiwari of "Dangal" fame, the brand film features Aamir as a small-town, middle-class but new-age father who is confident that his daughters will take ahead the legacy of his business.

"I think it is a great initiative by Star Plus. The film is a tribute to all the proud dads and their daughters who became the beacons of change," Aamir said in a statement.

It is a Women's Day special of Star India's ad campaign 'Nayi Soch', which puts the spotlight on social issues of gender inequality.

"Our latest 'Nayi Soch' film not only questions the gender discrimination that still exists, but also iterates our belief that it is time for fathers to step up and inspire their daughters with confidence and self-belief," said Uday Shankar, Chairman and CEO, Star India.

"Aamir Khan brings great credibility and empathy to the role of a father whose progressive thinking gives his daughters the freedom to flourish," he added.

The brand film is a reflection of how in a nation of over 10 million shops and establishments, it is hard to find even a single one that holds the title of "and daughters", it is always "and sons".

The film ends with the line: "Kaamyabi na ladka dekhti hai na ladki. Kaamyabi sirf soch dekhti hai (Success does not consider whether one is a boy or girl; it only takes powerful thoughts into account)".

Aamir had earlier hosted the TV show "Satyamev Jayate" for the channel.

5 years ago The advertisement was a good one but doing it under Nayi Soch makes me laugh.
I follow three shows on star plus but I only find POW worthy of being called a part of Nayi Soch.
I guess Star Plus should name its campaign 'Nahi Soch'

5 years ago Amir khan should have done research on what star plus shows are all about because only the campaign says NAyi soch but the shows displays may be 16 century concept . Only negative characters and negative plot works according to star plus .latest example namkaran