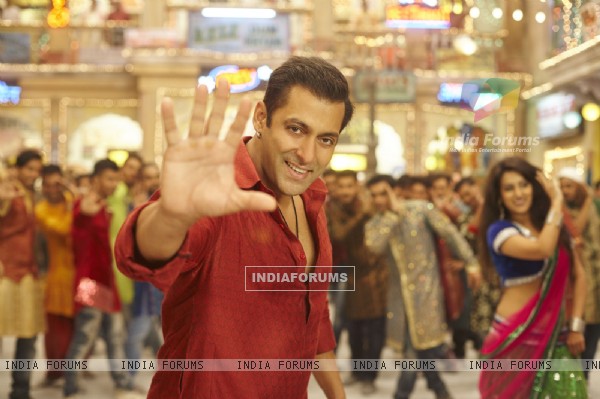 Recently, the actor along with Mika and Kabir Khan released a very special promotional song celebrating Eid. The celebration song is being loved by Salman's fans and within two days has garnered huge number of views.

With the release of the film and Eid coming a day from each other, the fans have been raving about the song.

When the actor tweeted the song, in a matter of minutes the song was trending world-wide. Salman's fans from around the globe were tweeting the song.

Salman said, "Aaj ki party is a Dhamakedaar song, it's a celebration in itself, there are two versions to the song the other version will be conceptualized as per public demand once the film releases"

Amar Butala said, "Bajrangi Bhaijaan is a story of ordinary people caught in extraordinary circumstances with a larger than life backdrop,which will entertain family audiences, and 'Aaj Ki Party' celebrates the essence of the film"

Kabir Khan had said, "As we celebrate unity with Bajrangi Bhaijaan this Eid, we felt it was mandatory to have an Eid celebratory song"