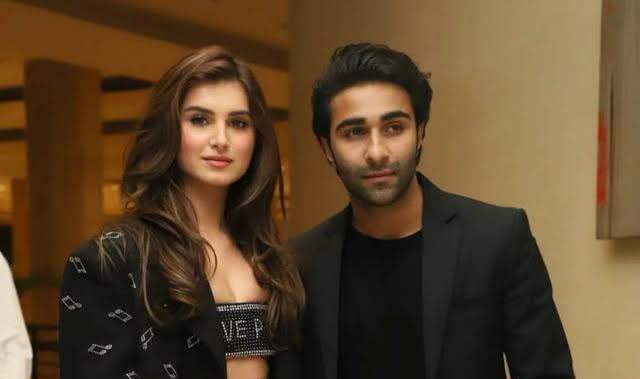 Tara Sutaria and Aadar Jain’s relationship has been the talk of the town since the two made their relationship official on Instagram on the Student of the Year 2 actress’ birthday last year. The duo is often spotted jetting off to luxurious vacations away from the media glare and it has always piqued the audiences questioning marriage plans.

Now, in a recent interview, Aadar was asked about his relationship and Aadar reportedly maintained that he likes to keep his personal and private lives separate as he added,  “The only thing I will say about me and Tara is that we are in a very happy space right now”.

The 25-year-old actress was also seen attending Armaan Jain’s wedding, the duo has been pretty inseparable as they are often seen indulging in social media PDA.

During a recent interview with ETimes, Aadar was also asked if he and Tara are planning to get engaged any time soon. The Hello Charlie actor reiterated that all he knows right now is that he is a 'happy' man.

Earlier this year, lovebirds jetted off to the Maldives to ring their New Year and treated their fans with pictures and videos from their romantic getaway.

Shortly after returning from their trip Tara and Aadar headed to Alibaug with his cousin Karisma Kapoor. The Raja Hindustani actress even shared a picture with them. Apart from her, the couple took to their Instagram handle to share photos from the location.

Tara and Adar have been dating each other for quite some time now. Mommy Rima Jain has also given a green signal for their relationship; only time will tell if they want to be with each other. 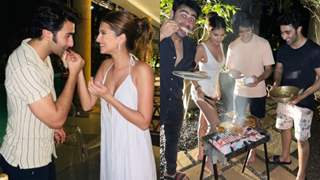