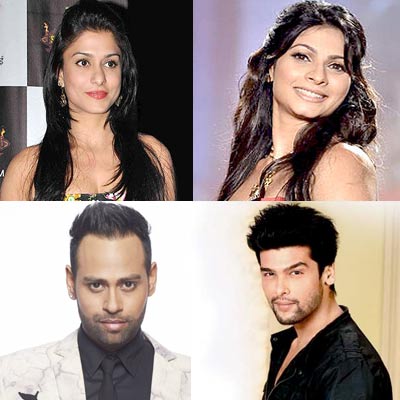 While each of the seasons of Bigg Boss has seen many relationships developing, in the current season there seems to be a web of relationships amongst the housemates.
Just like in earlier seasons there is a love story going on but the only difference being there are two love stories this year and one amongst them is also a love triangle.
We are talking about Gauhar Khan & Kushal Tandon who met in the Bigg Boss Saath 7 house for the first time and went on to becoming good friends. They took their relationship to another level with admitting their love for each other. However, this love has a third angle to it with the wild card entry Ajaz Khan too trying to get close to Gauhar who is however rebuffed by the couple and has been asked to stay away from them. Ajaz is now looking all sad and is seen to be nursing the injuries to his heart.
Then there is Tanisha Mukherjee & Armaan Kohli who are all touchy-feely about each other. Even though Armaan loses his cool on Tanisha many a times, she has been taking it all in her stride and taking care of his each and every need which includes his tea, meals and also nursing his injuries like the one on the wrist. Quite a one-sided affair this seems to be since Armaan never bothers to think twice before insulting her many a times forget taking care of her needs or thinking about what she wants.
Apart from these there were many relationships that were noticed in this season of Bigg Boss. In the initial days of the show we saw Anita Advani being the agony aunt for contestants like Tanisha Mukherjee, Armaan Kohli & Shilpa Saklani Agnihotri. Talking about Shilpa, she was there with real life hubby Apurva Agnihotri but the way she smothered him with love and called him 'baby' so many times, it even had host Salman Khan joking about it. Armaan in the meantime referred to Shilpa as 'bhabhi' whereas Tanisha took over from Anita Advani and became agony aunt, mother and caretaker all rolled into one for Armaan. 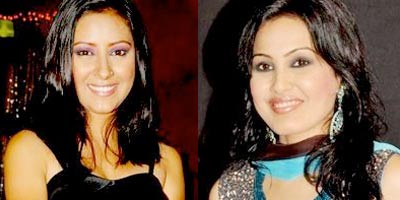 Kamya Punjabi, who is a mother to a toddler in real life had to become mother to the baby faced Pratyusha Banerjee who was totally in awe of Kamya and trusted her blindly. She seemed to have no opinion of herself in Kamya's presence and even after some time when she became rebellious and started getting on Kamya's nerves, Kamya was by her side.
Then there is the sisterly relationship between Gauhar Khan & Kamya Punjabi who refer to each other as behen' while talking to each other. Their frank outspokenness had in the initial stages of the show showed them against each other but later they seem to have had developed a deeper affinity.
Kushal and Apurva Agnihotri too referred to each other as brothers and after Kushal re-entered the house he has started looking upto his other bhai - Armaan Kohli. Kushal who had a bad fight earlier with Tanisha came back to the show and made her his sister!
Sangram Singh too had developed a special bond with the light eyed actress Elli Avram whom he took as his sister in the show. He was always protective towards her and once 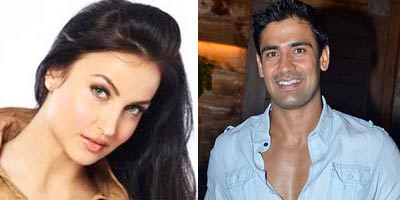 even gave up on a task when he feared that she would lose and be nominated. Elli too not only looked upto him as a brother but also referred to him as her 'guruji' as he taught her Hindi.
Then there are the best friends forever feeling between Andy & Sangram, who argue, disagree but still consider each other to be best friends inside the house. Armaan too was quite close to Pratyusha & Kamya and had even said that he would do anything for them more than once.
Talking about relationships there were many which were on the lines of enmity too. Almost every contestant has had a problem with almost everyone else on the show and sometimes they all crossed the limits... and even though they said sorry the very next instant the damage is done!
With the season coming to an end within couple of weeks now we wonder if there are some more relationships which will be developed and how the contestants are going to react to each other once they are out of the Bigg Boss house.
Seema Khot Mattoo
15 Likes

Vicky_A 6 years ago Shashank, happy birthday to you! Pratyusha Banerjee, you're such a sweet young person. We want that you watch on the small or big screen.

ahilajkula 6 years ago Pratyusha Banerjee, best friend, an honest person, an outstanding artist. Beautiful and extraordinary personality. Her smile is a balm for the soul and for eyes.Prat ,we love you .

randayn 6 years ago PRATYUSHA Banerjee is the best. She kept her dignity in B B house and never angled for cheap publicity like Armaan n Tanisha.

vibraj 6 years ago Pratyusha Banerjee, we love you for not stirring a controversy or fight just to be in limelight and also not faking relationships to prevent nominations. You did not play a dirty game and love your spirit of integrity. Love and support you always!

ahilajkula 6 years ago Pratyusha Banerjee is a simple and versatile person. In the BB house has gained wonderful friends. We wish her new series. She is an excellent, young artist.