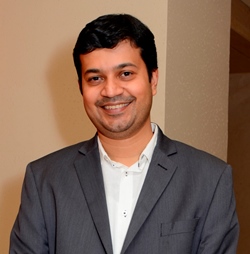 A promising show Everest on Star Plus will soon hit the TV screens capturing the attention of the viewers with its unique plot and storyline. With a trendsetting show on a leading GEC we ask Gaurav Banerjee the General Manager of Star Plus to know about the idea of bringing this show on Star Plus, his friendship with the ace producer Ashutosh Gowarikar and more...

What was the idea behind bringing this striking show on Star Plus?

The story narrated by Ashutosh Gowariker to me was excellent and I thought it's a very good script for the positioning thought of Star Plus which is 'Rishta Wahi soch Nayi', which revolves around empowering Indian women.

How is your equation with Ashutosh Gowarikar?

It is really very good, we have been working together for two years, I have deep respect for him. I think Lagaan is the great Indian film of my generations and so I respect him for the same.

Do you think that there should be a time constraint for a few daily soaps?

There is a rich story telling tradition in our country where we have good finite stories, epics and soap operas so we should see the entire length and breadth of it. If there are audiences who find that some operas should not run long then there is lot of variety available to them, say for example Everest is a finite series, then we have Mahabharat which was aired for a year and also we are showcasing a new show Airlines - Har Udaan Ek Toofan. I feel there is a lot of variety available on Star Plus itself, I think there is a wide variety of story telling and wide set of audience's so to each its own.

So do you agree that some stories are unnecessarily stretched when it is not required to do so ?

It happens sometimes and it shouldn't , the makers and the audience need a little matured show to see on screen. I think we are improving, television is moving in a right direction. Nowadays we are focusing more on finite series which was not the case five years ago. A show like Everest would not have ever happened five years ago so I think we are really trying to change.

Will you justify with the statement that Star Plus is making a trend by bringing some shows with a complete refreshing concepts?

I hope so and that's what we work towards so whether we are making a trend or not, for that the readers should be the judge. From our side what we try and do is that we are always keen to do new things or doing things first, so the Star Plus team is very excited and happy that we did a show like Airlines. It projects the story of a girl who is a pilot and is trying to make a place in a male dominant society. We have also tried to make a different music show which is India's Raw Star. We hopefully find enough consumers' luck for many of these things to continue.

Is the idea to support women empowerment by bringing such shows?

We are great believers of  the new spirit of empowerment and progress in Indian women. We really believe that women in this country today are really taking charge of their destiny and this spirit is really transforming Indian family so we are supportive of that, this is not something that Star Plus is doing but it is something which is taking place in our society. We hope that some of the stories on Star Plus inspires more women.

We wish luck to the entire team of Everest!

+ 4
6 years ago Airlines is awesome... Looking forward for Everest too

6 years ago Airlines- Har Udaan Ek Toofan is the best show on Indian TV. Thanks Star Plus

6 years ago Airlines-Har Udan Ek toofan is the best!!
love wathcing Yudhistir and Tulip joshi as Aakash and Ananya

6 years ago Mahabharat is the best show ever aired on starplus in fact one of the best show in television history...
thanks for bringing the epic series,v truely loved it to the core...
hope to see more such good work from starplus.

6 years ago Mr. Banerjee...quick questions...
Does your show have a sobbing, sacrificing, doormat bahu?

Does your show have at least one scheming, vicious saas/chacha/mama/step-brother/goat/cow/parrot etc??

Does your show have a lead pair with only chemistry and no acting skills?

If the answer to the above is NO, there is no hope for your show as per the holy TRPs in India. It might be praised in online forums but the mysterious TRPS will not reflect its content. Today shows start off as different, but they eventually meander their way to the above three formulas.

When will we revert to only finite series because I think that is the only way to see quality content on our TV.

Btw, Mahabharat was awesome! Thanks for that!

+ 3
6 years ago mahabharat was an amazing show. miss it very much. loving airlines and looking forward for everest. it seems interesting. yhm and eht are good too rest can't even watch the promos they are so unbearable.

+ 5
6 years ago SP Mahabharat was the worst adaptation of epic till date .. Airlines is an exceptional show .. YHM n EHT is still impressing but what about the saas-bahu sagas going on from Dinosaur's age where woman empowerment is all about being a perfect bahu :/

+ 2
6 years ago Problem is that you keep giving extension to the so called finite series!!!!