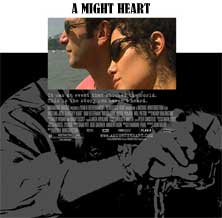 It's the easiest thing in the world to make a reasonably moving movie out of a real-life story of a young pregnant widow's struggle to overcome the immense tragedy that strikes her well-ordered life.

Angelina Jolie playing the bereaved wife of Wall Street journalist Daniel Pearl, who was captured and beheaded by extremists in Karachi, didn't strike me as particularly poignant. For one, she doesn't play her part for tears. That's both good and bad in a film that aims to tear the veil that separates separatism from extremism and bring us real up close and personal to domestic tragedy.

God, I wanted to see Jolie break down in a cathartic swoop of anguish.

Director Michael Winterbottom gives a sweaty, urgent but finally dispassionate spin to the story. He captures the bustle of 'Karachi' (actually shot in Pune, India) with the overriding tensions of the political strife in Pakistan leading us into the domestic tragedy of a wife whose husband doesn't return home one evening.

What does she do? She forces her rising panic back, takes a deep breath and looks at the situation of crisis with credible calm. Hats off to Jolie for
Featured Video

holding back where overstatement would have served the narrative's purpose with far more directness.

'A Mighty Heart' appeals more to the genteel sensibilities than the melodramatic. The film succeeds in capturing the savage poignancy of the crisis without getting violent, aggressive and unnecessarily political in tone.

There are undercurrents of violence throughout the tautly told tale of tragic loss.

However, the big breakdown scene disappoints. After the news of her husband's slaying, Jolie is left to her own devices with all the sympathetic characters standing outside her door as she bawls in her bedroom.

The director chooses to keep her face mostly in the dark, or half-lit with the frisson of the moment emanating not so much from internal but external tensions. That, I feel, isn't quite what this brave and brittle film's theme demanded.

Flashbacks of happy times between the couple intersperse the grim and vital narrative, colouring the enormity of the tragedy with sounds of distant joy.

There are cloudbursts of brilliance in the otherwise-placid narration. In one sequence Jolie runs out of the house trying to suppress her anxiety and rage while her maid's scared infant child watches on. 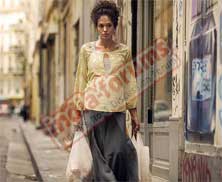 In the end, she departs from her husband's official residence with images from their wedding playing in her mind.

It's a deeply moving moment. And one wanted more such moments to come through. What does emerge with a reasonable amount of force is the detached empathy of Marianne Pearl's friends and well-wishers. Everyone looks concerned about the immensity of the wife's loss. But no one finally shares her grief.

At the end it's just the bitterly grieving wife and her solitude.

Tabu, I felt, expressed that untold bitterness of bereavement far more fluently in Mira Nair's 'The Namesake'. Jolie too has Irrfan Khan for company, though in a different capacity.

Playing the Pakistani investigating officer Irrfan manages sizeable space for himself. Much more than we've seen some of his colleagues from Bollywood corner in recent times.

Irrfan makes telling use of that space. The rest of the cast are looking at filling the space rather than expanding it. 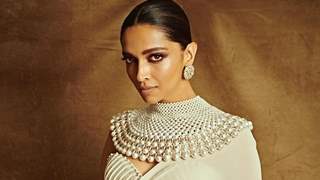 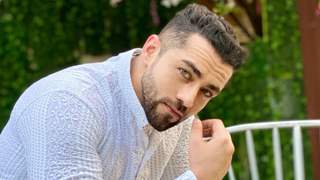 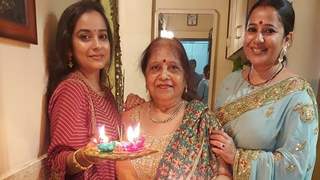 'Imlie' actor Ritu Chaudhary Seth speaks her heart on the eve of ... 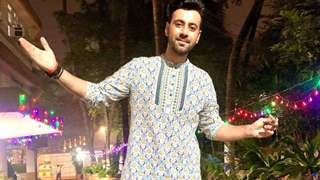 Karanvir Sharma: The auspicious occasion of Eid is always so ... 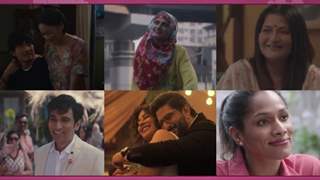