Zee’s Meri Doli Tere Angana is all set for a re-vamp. The show that started out as the struggle of a woman who believed in herself is now taking a new turn. The Telly Buzz team caught up with the cast and director to get an insight of what’s in store for the audience. 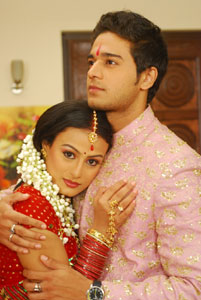 Featured Video
In the latest track shown, the lead protagonists Ruhaan and Simran were shown being shot and now Priyamvada Sawant who was playing the role of Simran has been ousted from the show and fans have retaliated to this change.
Refuting the retaliations on the new twist, producer Rahul Bhatt says, “I know that the audience has been very loyal till now and I hope that they continue to do so even now. The story was becoming stagnant and demanded a change. But instead of doing the very common leap, we decided to change the entire story track and decided to cast new characters. Even the landscape has been changed. The scenes will now be shot in Madhya Pradesh.” Talking further about the new story track, Rahul says, “We are not going to take a leap. After the accident, Gaurav will lose his memory and will now be living with another family. The whole story will now revolve around him. The story will more or less be on the lines of Raj Kapoor’s film Henna. It will be very interesting story to watch. The star cast includes veteran actors like Rajiv Verma, Gufi Paintal and Rahul Lohani of Jab Love Hua fame and Shruti Sharma, who is a new face in television. ” 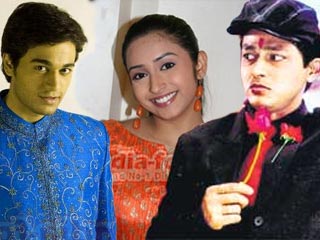 Speaking on the latest change in the track, Priyamvada says, “There are many reasons why they are changing the storyline and I am not a part of it, hence I cannot tell you why it is changing. And television is all about twists and turns in daily soaps. I am quite comfortable with whatever the producers and the channel decide. They wanted to portray a different character and I did not fit the bill and I was fine with it.”

Commenting on the new track, new comer Shruti Sharma says, “The track of the story has entirely changed and two new characters have been introduced, i.e, Rahul Lohani and me. Earlier it was two women vying for one man, but now the tables have turned and it will be two men vying for one girl. The main lead, Ruhaan, gets shot and lands up in an unknown place, I meet him there and take him to the hospital and visit him often. I am getting married to Rahul, but I start developing feelings for the stranger and the story proceeds from there.”

The audience has by far loved and appreciated leaps in television serials, but now it is to be seen if this new concept will receive the same adulation. 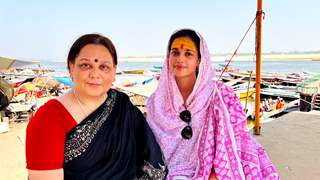 + 2
14 years ago so when is this supposed to happen. I'm fine with it as long as Gaurav Khanna stays and if it focuses mostly on him, what can be better than that. But it will still suck that simran won't be with him in this and neither of his other family members in the show, but I hope it;ll go back to that soon.

14 years ago hmm it cud never be better than the old cast members considering the fact that they took out everybody from the show except the male lead...

14 years ago I still hope that they will bring simran back in the show...i really dont like the new track. but thanks for the article.

+ 7
14 years ago So they're doing what they did to Hare Kaanch Ki Choodiyhan on Sahara.

I just hope they handle the story better than HKKC, because this re-vamping destroyed the show completely