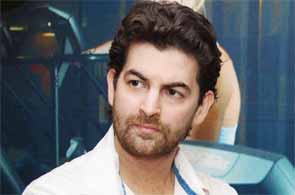 Actor Neil Nitin Mukesh states that his forthcoming film "3G" is completely original, and unique in its concept.

"First of all, I want to add to all the statements that it is an original concept and a story. It is very important for you all to know that it is not a take off from any of the Hollywood films as probably people would think," the 31-year-old said here Friday at the first look launch of the film.

"I have been questioned about it earlier, (but) it is a very original idea," he added.

"3G" is a horror film that revolves around a mobile phone and the situations that ensue after Neil's character buys it.

For Neil, who is known for playing edgy characters in films like "Johnny Gaddar", "Aa Dekhen Zara", "Jail" and most recently "David", it is the thrill of playing something completely opposite to his real self that attracts him to dark roles.

"It has to be a flip, there has to be a challenge. Go out there, face the camera and be a person you are not in real life. '3G' again for me is very dark, very edgy and very scary," he added.