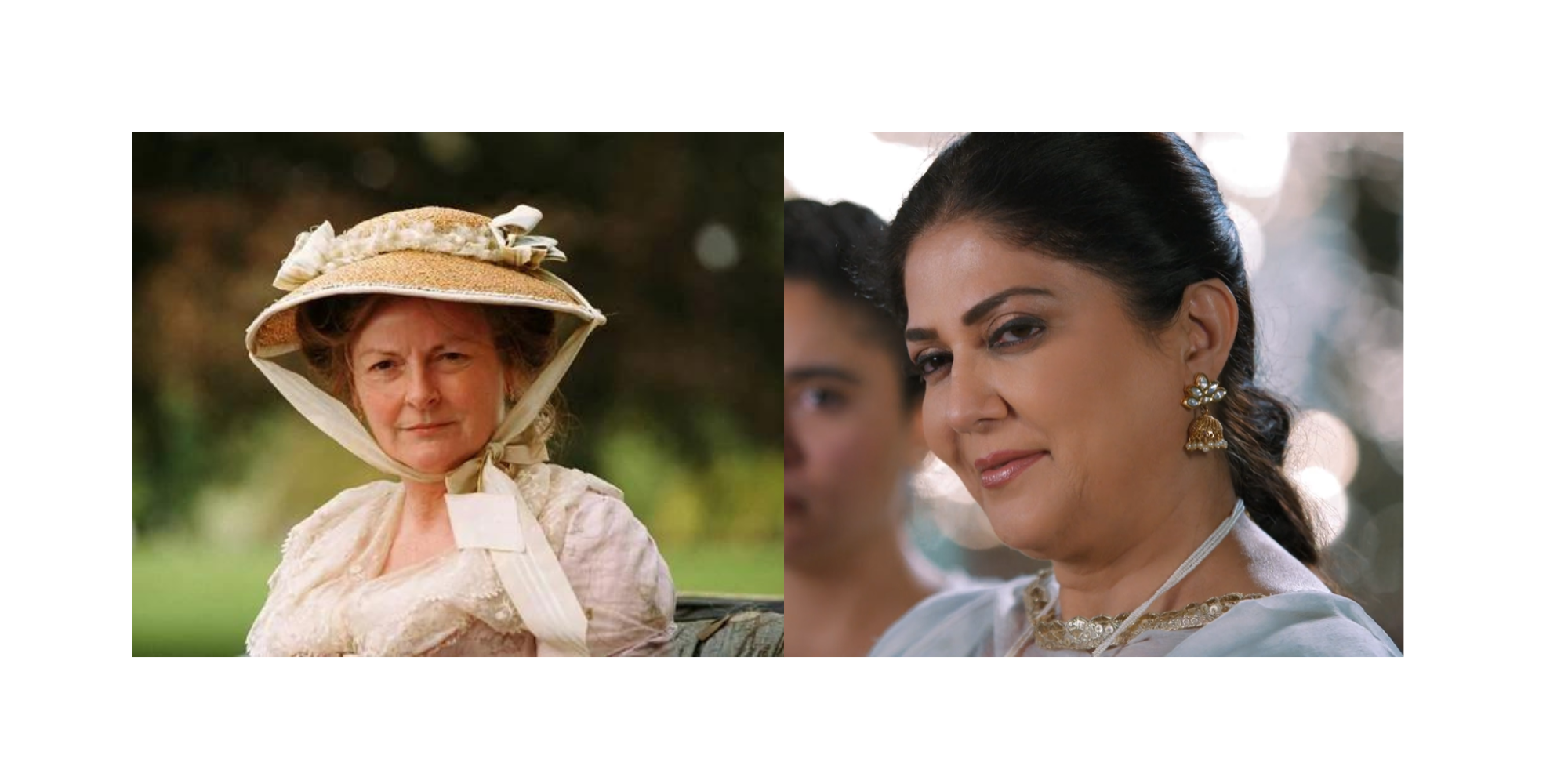 So yesterday I was thinking about the show and was comparing Santosh with Pride and Prejudice's Mrs. Bennett and realized that not just these two characters, but our ML and FL also has similarity to the leads of the classic.

Of course, there are a ton of differences. I am not saying they are both fully linked.

But what stands out are the pride and prejudice of both Sahiba and Angad. Both are very proud and do not bow down to each other or anyone, and both are prejudiced. Just like how Elizabeth and Mr. Darcy were.

But basically it's the same thing, right?

Poor mother wanting to get rich husbands for her daughters and doing all sort of embarrassing things for it?

What do you guys think?

It does look inspired from P&P but I am sure after few episodes they will turn this show into an another extra marital affair, destroyed male lead saga with continuous suffering of sahiba. So don't have any hopes from this show.