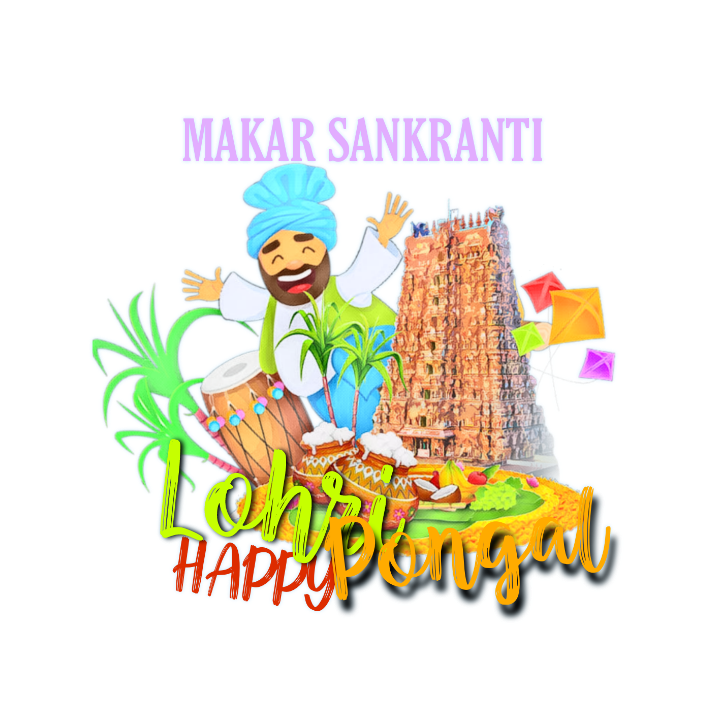 Lohri is all about an ode to unique Indian agriculture and seasonal change.

CCs are back to take you on a special journey where three alike festivals meet and conquer for three days and more across India.

On the 13th of January, mainly in Punjab, Sikhs and Hindus celebrate the end of the winter solstice by lighting bonfires, eating festival foods, and collecting gifts. Lohri is by tradition, associated with the harvest of rabi and sugarcane crops. Lohri is observed before Maghi (a day remembering the heroic fight of the Chali Mukte). Maghi is observed by eating Rauh di kheer (an old dish cooked with rice and sugarcane juice).

Usually, wheat is reaped in April, after around seven months of planting, growing, and resting.

During this time, the planet Earth which is farthest from the Sun starts to initiate slowly its journey towards the Sun. It ends the coldest months of the year, called Paush. It also announces the beginning of Magh and the propitious period of Uttarayan. According to the Bhagawad Gita, Lord Krishna appears in his full splendor at this time. The Hindus annul their sins by taking a bath in the Ganges River.

Lohri is all about feeling several emotions at the same time. Getting rewri(revdi), peanuts popcorn, chewing that special grain of sugared, cinnamon-infused rice, dancing, and singing around a big bonfire. We all have that Lohri Ve song from the movie Veer Zaara in mind. The bonfire is significant as, while people throw prasad of sugarcane or peanuts, they pray to the fire god to make the year pass full of abundance and prosperity.

People are moved away by the sights and fervor of jaggery. Lohri is overwhelmed with playing about the heroics of the marvel of Dulla Bhatti. He lived in Punjab during the supremacy of Akbar. Bhatti is a figure described as a hero of great courage, as he salvaged deprived Punjabi girls from being sold in the slave market of the Middle East.

Makar Sankranti falls a day after Lohri. It is observed in the lunar month of Magha when the Hindus celebrate the harvest. It marks the first day of the sun’s transit to the Makar Rashi (Capricorn), ending the winter solstice.

It is said that Sankranti was a goddess who killed a devil called Sankarasur. Bhisma Pitamah, a character in Mahabharat also breathed his last on Makar Sankranti.

Many devotees take a dip in sacred rivers like Ganga in Varanasi, Haridwar, Allahabad, or Yamuna as a sign of gratitude to the sun. People usually make stick sweets, particularly from groundnut, sesame, and a sugar base like jaggery. Makar Sankranti is all about getting together in joy and sorrow and hoping for the best.

Pongal is a harvest festival celebrated in southern India, especially by Tamilians and Singhalese. This is the time when crops like rice, turmeric, and sugarcane are harvested. Pongal is a multiday Hindi harvest festival offering thanks to the Sun. mother nature, and various farm animals.

Pongal finds its origin as a Dravidian Harvest festival, around 2000 years ago. It is believed that Lord Shiva banished his bull Bavasa to live on earth forever and work in fields.

The four days of the festival are called Bhogi Pongal, Surya Pongal, Mattu Pongal, and Kanum Pongal. Each day of Pongal has a unique way of celebrating and observing, festivities include rangoli, making a traditional sweet dish called 'Pongal', decorating cows and their horns, taking a ritual bath, and making long processions. Kaanum Pongal, the final day of the Pongal observes special prayers for the well-being of siblings.

The Crazy Creatives wishes you a very Happy Lohri, Makar Sankranti, and Pongal.

Let the festivities begin with hope for the better good! 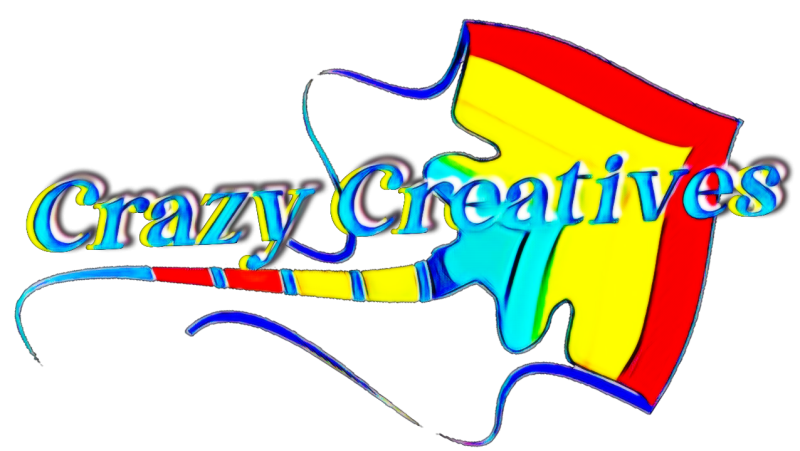 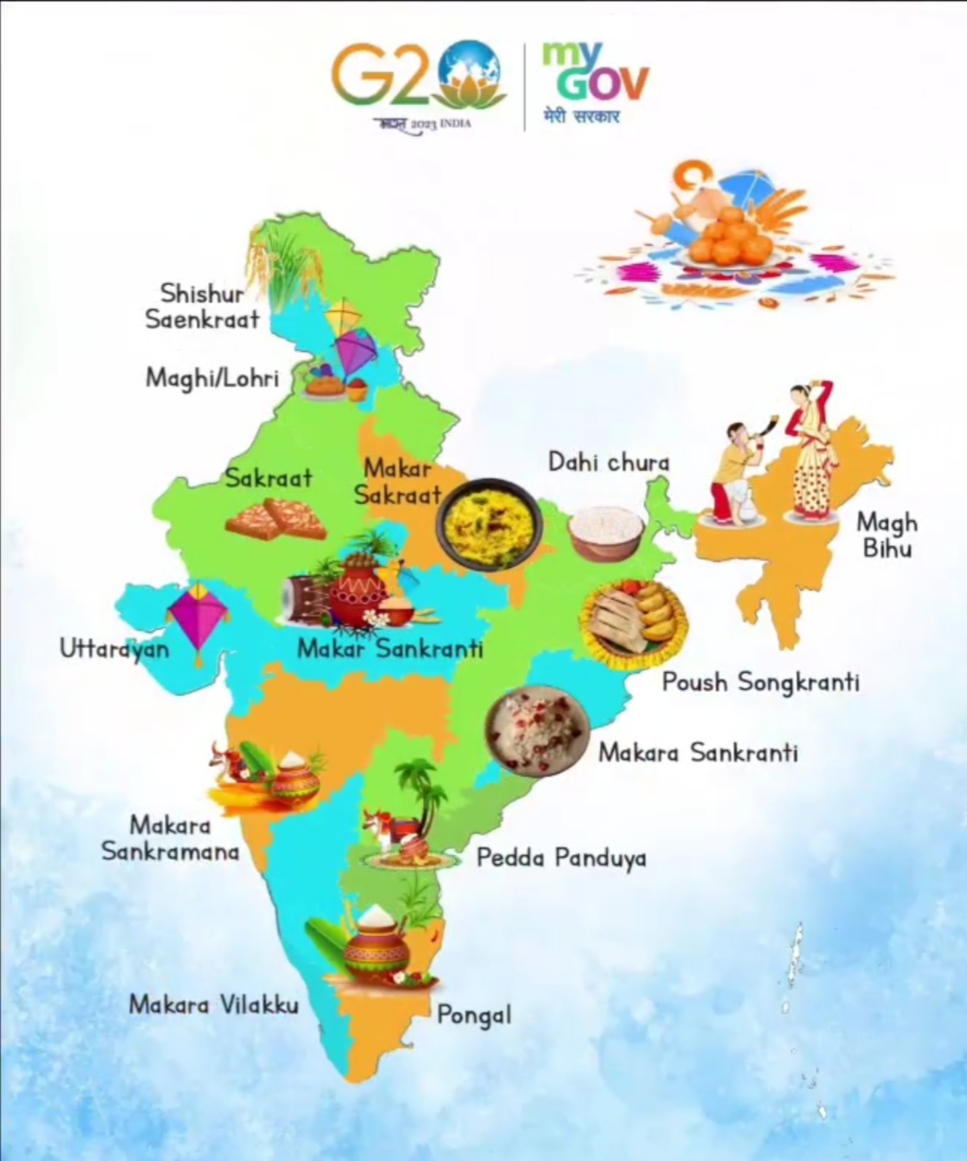 India is a multicultural nation with many different languages and customs. India has been known for its vibrant traditions and rich culture on the world map.

Our vivacity and hospitality attract thousands of visitors each year from all around the world. India is also considered as the land of god and goddesses. Hence, the celebration never stops in an Indian’s life. There are many festivals celebrated throughout the year, especially in the months of  January and October, November,  which are considered the festive months of the year.

In North India, it's Lohri, Makarsankranti across India, Uttarayan in the West, Pongal and Tamil New Year in the South, and Magha Bihu in the East.
Wishing every one a Sweet and happiest of Lohri, Makar Sankranti, Pongal and Bihu.
May the harvest season brings many joys, good fortune, and a wonderful life ahead  for all our IF family members. 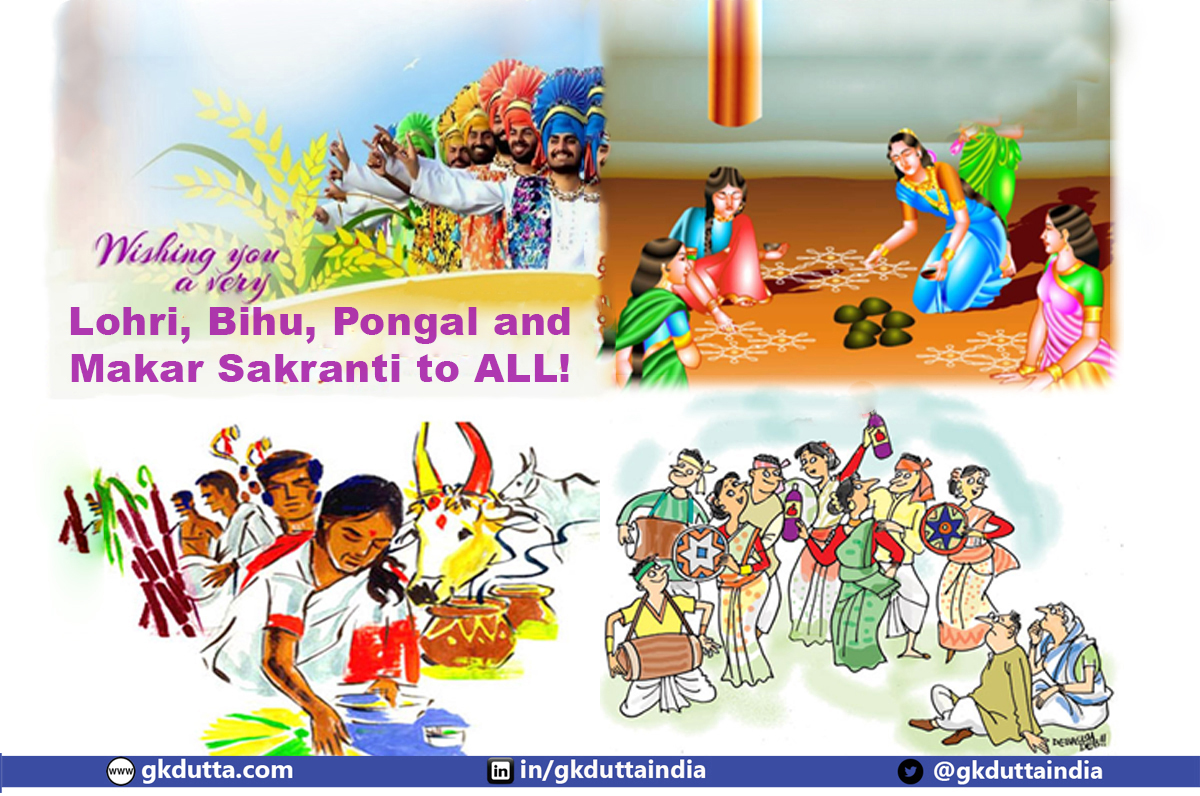 Happy Makar Sankranti/Pongal/Lohri/Bihu to all!

Pray this earth produces bountiful for all living creatures

Let everyone celebrate the bounties from mother earth .