Happy b'day komal jis ko har hafte ye yaad dilana padta hai that you are an adult and not a kid anymore.HAR HAFTE.

Apart from all this she was also a really bright student in her school time..itni bright ki Suraj ko is ki chamak se complex ho gaya tha ek baar.Is k jitne marks aate they us me mere jaise 3 students pass ho sakte they but anyway let's not talk about this :(

Komal bro, all the jokes aside i love you so so so much. I know you have like 101028382 talents but in my pov your biggest achievement is that you have a kind and compassionate heart.

Have never met a person like you ,coz you my frnd is one of a kind.I know all your 10000 exs must have already told you "tu cheez badi hai mast mast" and in case they haven't they deserve to be your ex 😒

And btw behave,you are not a kid anymore and and and learn to sleep on time.

WOW, what a special day! The day you were born...🥳

Lord, thank you for bringing this girl into my life.

You always choose the right friends for me, at the right time.

Please watch over her, protect her and grant her all of the happiness she rightfully deserves.

She does so much good for others and cares a great deal for those around her; I know you see that.

Komal is one of your special creations - beautiful on the inside and out!

A rare mix of emotion, humor, and resilience. 💜

She always stands up for what is right; to have her in your corner is a true blessing.

Honestly, how do I explain you??

To know you is to love you!

I already made this sooooo mushy and I guess u are sweating by the buckets atp, but if I don’t express my love for you in the most ultra-super-cringe-max pro way on today, of all days, when will I? 😌

There is much much more I want to say, but I will save it for our regular stomping grounds.

By the way, I noticed a bunch of randoms waiting at the door on my way in… should I let them in?  👀 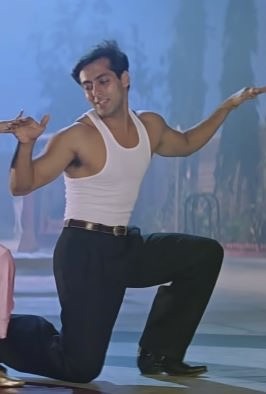 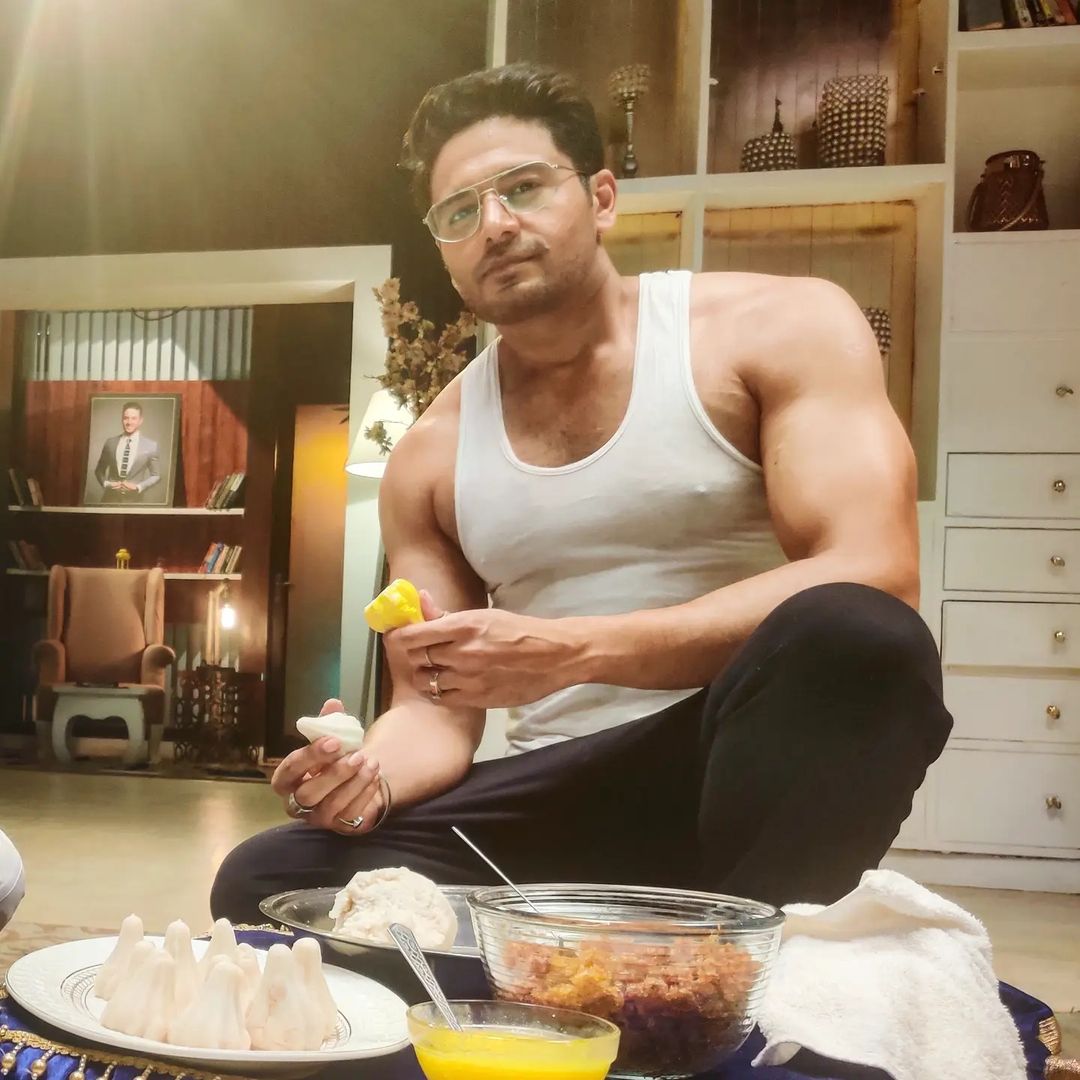 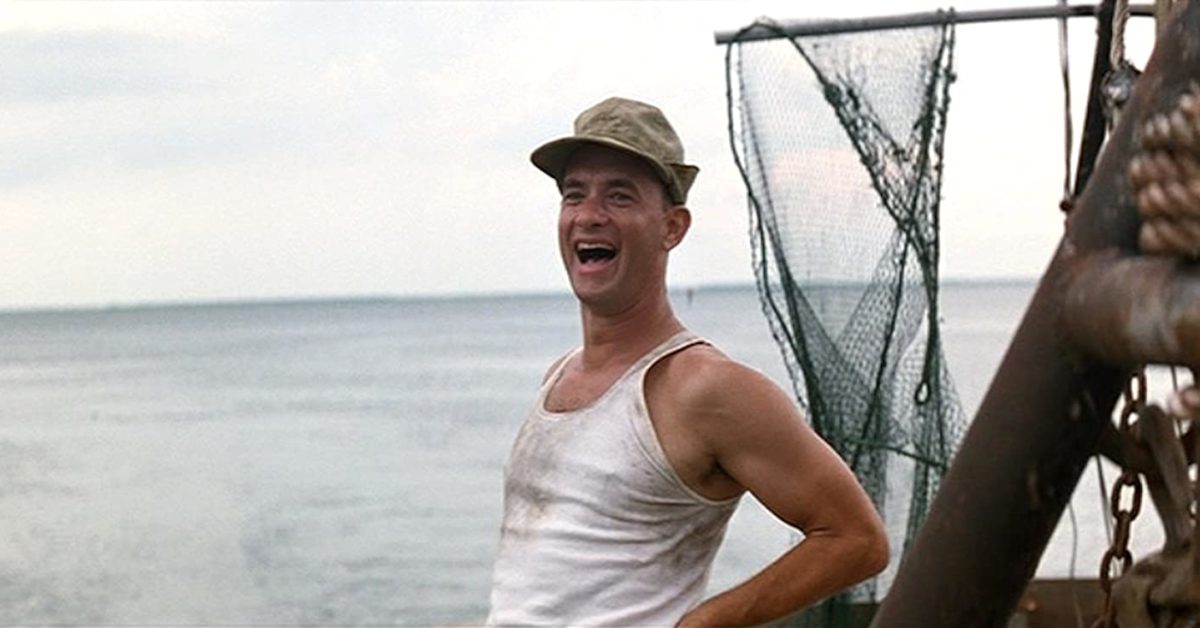 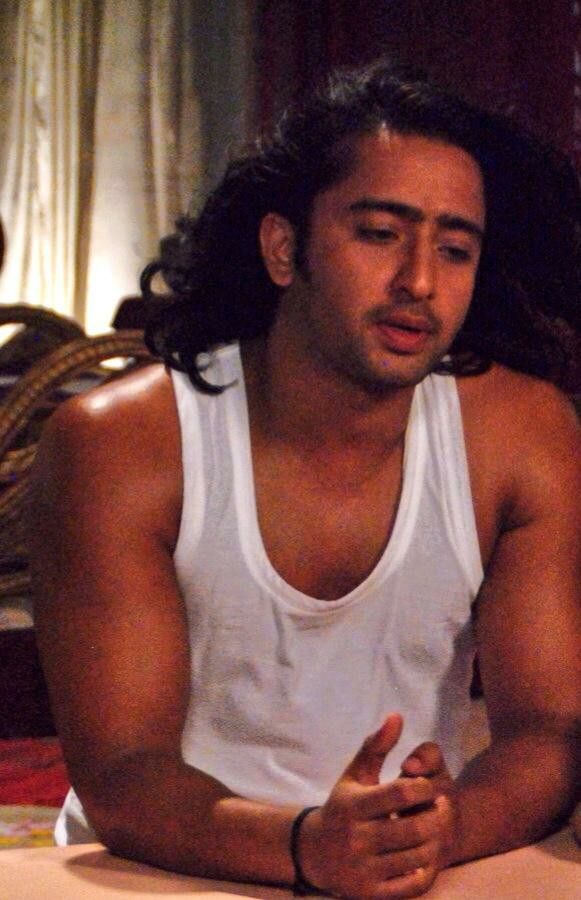 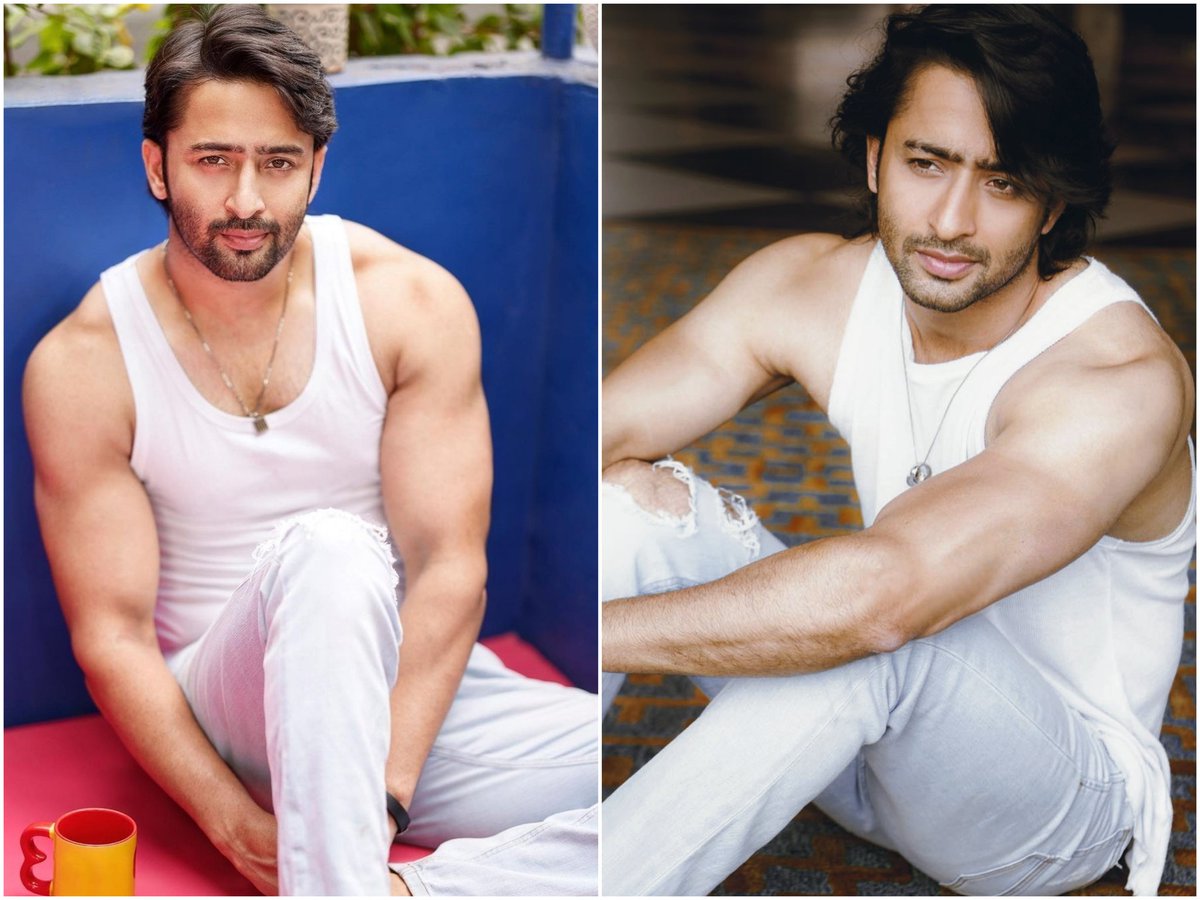 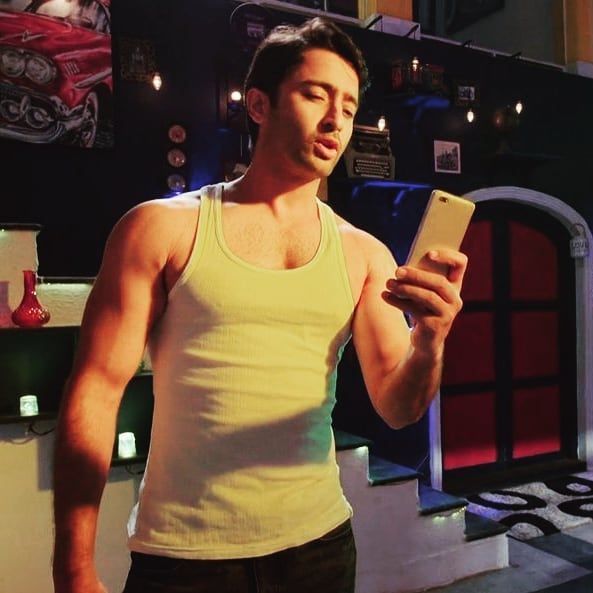 Shaheer jiju brought his brothers with him. Please meet Zaheer, Maheer and Taheer. If you get confused, they all have different hair lengths. Round of applause for their parents please. 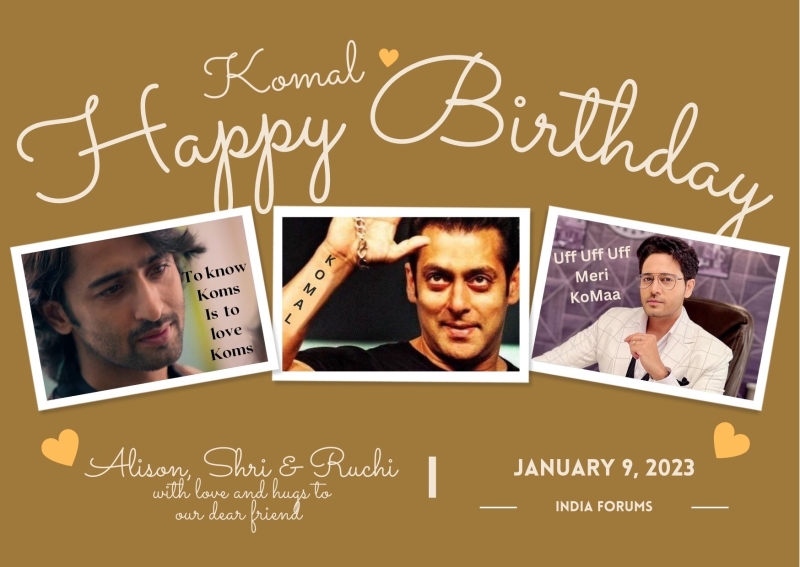 I'm in the place we both love so my wish will be thoda sa late :(

The skies above the city were a riot of colour. Kites of all hues of the rainbow fluttered in the breeze, floating and tossing majestically as they soared and dipped seemingly in tandem with each other. Shouts and shrieks rent the air as the ones guiding these things of beauty ran hither thither, trying to avoid getting their kites cut by another.

Watching all of this was Komal, her eyes filled with regret at being stuck indoors at a time like this. She was visualising herself in the midst of this melee, directing and leading events. Running up mountains to get a better spot for her kite to rise ever more higher in the azure skies.

She could hear the new student in her class drone on and on about herself. Professor Kapadia took off his glasses yet again to give them a little rub. A ploy to keep himself awake she knew. She could hear restless murmurs from the rest of her fellow students at this endless monologue they were being subjected to. Who knew a simple ‘Would you like to introduce yourself to us’, could lead to this!

Her eyes wandered back to stare out the window she was seated by. She noticed idly as a cute little girl hopped excitedly waiting for her, presumably, mother to unpack and set up her kite. Accompanying them was another slightly older girl who was trying to control the little one while helping the woman to organise things. A smile tugged at her lips at the scene. They were clearly a close knit unit from what she could observe. Her imagination ran at warp speed as she wove scenarios about the little group who had snagged her attention.

She saw the older woman rummage in her bag and then bend to say something to the little girls before turning to head towards the parking lot. Seems like she was going to retrieve something she had forgotten. Komal’s eyes instinctively remained peeled on the girls. The two had their heads turned towards the skies and she could see them talking nineteen to the dozen. She wished she could be there to listen to their animated chatter and not be stuck in the classroom having to listen to the annoying voice and even more annoying life story of the new girl.

A small movement in the crowd drew her attention. She saw a little puppy dashing through the throngs, chased by a girl who was rapidly losing sight of it. From her vantage point she saw the girl turn in the opposite direction of where the puppy was headed. The chasing girl continued for a while before stopping to look around forlornly and promptly bursting into tears.

Komal saw the two girls from earlier rush up to the sobbing girl and try to console her. She saw them have an intense conversation and then head off in three different directions. Clearly, in their quest to look for the puppy, they had decided to cover more ground this way. Panicking at what was unfolding down below, Komal jumped up and rushed out of the class, much to the astonishment of Professor Kapadia and the rest of the class. Needless to say they were all secretly breathing sighs of relief at having stopped the new girl mid flow, albeit momentarily.

Komal flew down the stairs and slid down the hallway towards the entrance. By sheer luck, the moment she stepped out she came upon one of the wandering girls. She walked up to her and gently spoke to her. Reassured by what she saw and heard, the scared  child looked at her tearfully and blurted out her woes. Taking hold of the child’s hand, Komal led her in the general direction of where she had seen the other two go.

The Gods were clearly smiling on the kids that day because she was able to find both the other girls in rapid succession. She took all of them back to where she had first spotted them.  Fortunately, their mother had only just got back and was spared the panic she would otherwise have been in. Thanking Komal profusely, she turned to give her girls a right talking to. Far from being contrite, she heard them launch into a defence of their actions. Shaking her head in amusement, Komal turned to the third girl who was listening to the conversation in fascination.

Seeing the smart watch on the girl’s wrist flashing, a relieved Komal asked her to answer the call. Soon enough, that girl was also reunited with her family. The puppy had coolly pitter pattered its way back to where the family had set up their picnic.

Brushing away all the thanks ringing in her ears, Komal turned to go back to class. Mentally girding herself to listen to the dratted new girl’s endless nonsense. If it hadn’t been for the crush she had on Professor Kapadia, she wouldn’t have bothered going back. It’s not like he would reprimand his star pupil!

Seeing her besties, Ali and Shri, waiting by the main door, she let out a whoop of delight. Never mind the Professor, it was time to party! Ignoring the mutterings of Jhansi ki Rani and Xena the warrior Princess, she grabbed a hold of their hands and did an impromptu round of garba before rushing them to the open grounds.Their laughter trailing merrily in their wake.

Happy Birthday once again. I won’t say belated because I want your celebrations to last and last. I have had the best time getting to know you over the last year. You are an inspiration with the way you approach life. Everything Ali and Shri have said holds true for me as well. No one meeting you can help but adore you. Me included

Always stay as you are. Well, without the all nighters that is!

HAPPY BIRTHDAY TO YOU KOMAL..

Have a blast and go on rampage mode on MAA today

Much love my dear friend

Wish you a blessed year ahead. Hope you get a Darshan of Deviji.

Anuj looked at his watch, it was almost time. She should be in the office in about 10 minutes. He drew down the blinds of the cabin and switched off the lights.

The cabin door opened and the lights snapped on.

"What in the whole wide world was so important that you had to wake me up in the middle of the night... I couldn't make head or tail of your ramblings over phone. Now take off that goofy grin off your face and explain."

Anuj chuckled at the sound of her irritated voice. She frowned at his chuckle and clicked her tongue impatiently.

"Calm down, calm down Komal... Will you take a moment to look around, your Highness..."

Frustration still visible at her face, she finally looked around the room to see it beautifully decorated with balloons and flowers and confetti.

"It's your birthday, your Highness.... Now cheer up and give that bright dazzling smile of yours..."

He pulled her towards him into a bone crushing hug. He then brought her to the table where he had placed the cake. She grinned and pecked his cheek at the sight of the cake. 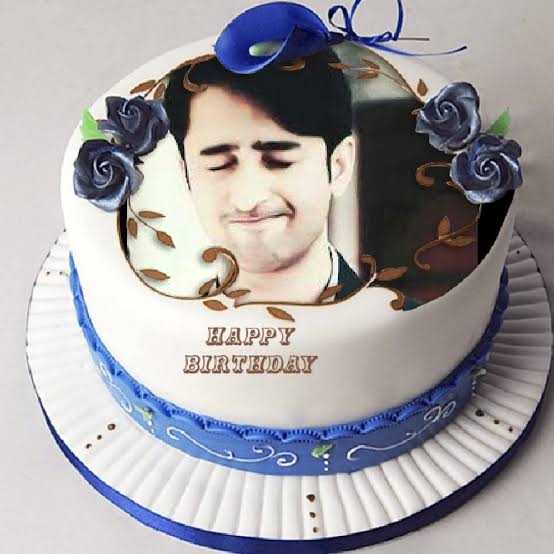 Komal looked at him a little nervous.

"Special? Don't tell me its that goody goody wife of yours.... Anuj, I really am not in the mood for a bhashan on my birthday..."

"I wonder why you never can like her... You know she loves you so much..."

Komal muttered expletives under her breath.

Komal shut her ears and Anuj shook his head.

He made her look towards the door.

He said to a starstruck open mouthed Komal and she fainted gracefully in his arms...

May all your dreams come true... And may you get more troll material this year to keep us in splits with your humorous commentaries on Anu the Maa