A Time of Togetherness and Gratitude: Happy Thanksgiving

Thanksgiving Day is U.S. and Canadian holiday. In the U.S. Thanksgiving is modelled on a harvest feast shared by the English colonists (Pilgrims) of Plymouth and the Wampanoag people in 1621. It is intended to celebrate the blessings of the past year. Thanksgiving Day did not become an official holiday until Northerners dominated the federal government. While sectional tensions prevailed in the mid-19th century, the editor of the popular magazine Godey’s Lady’s Book, Sarah Josepha Hale, campaigned for a national Thanksgiving Day to promote unity. She finally won the support of President Abraham Lincoln and on October 3, 1863, during the Civil War, Lincoln proclaimed a national day of thanksgiving to be celebrated on Thursday, November 26.

The holiday was annually proclaimed by every president thereafter, and the date chosen, with few exceptions, was the last Thursday in November. President Franklin D. Roosevelt, however, attempted to extend the Christmas shopping season, which generally begins with the Thanksgiving holiday, and to boost the economy by moving the date back a week, to the third week in November. But not all states complied, and, after a joint resolution of Congress in 1941, Roosevelt issued a proclamation in 1942 designating the fourth Thursday in November (which is not always the last Thursday) as Thanksgiving Day. A traditional Thanksgiving meal consists of turkey, cranberries, bread stuffing, and pumpkin pie, among other dishes.

Canada traces its Thanksgiving celebration to 1578, and Thanksgiving became a national holiday there in 1879; since 1957 it has been celebrated on the second Monday in October.

George Washington, while proclaiming a day 'to offer thanks' wrote, "... we may then all unite in rendering unto him our sincere and humble thanks ...". Thanksgiving has been traditionally and religiously followed by many across the globe. Usually celebrated with prayers, gatherings, pies, and dinners somehow the real meaning of 'Thanksgiving' has been blurred.

Not only on Thanksgiving Day but on daily basis we should be thankful for many events and occurrences both known and unknown. A simple gesture of gratitude can be passed on a regular basis in daily walks of life. A few words of kindness, an apology, a gentle smile, listening to someone, and supporting others emotionally & mentally can create a big difference.

Let us celebrate this Thanksgiving Day by remembering a memorable moment we felt thankful for a person, a situation, or anything similar to mark this Thanksgiving as a special one. Do share your experiences in this thread.

Team Crazy Creatives wishes you a heartwarming and meaningful Thanksgiving!

Happy Thanksgiving To Everyone 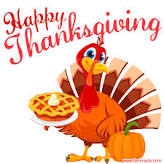 Thanksgiving is a beautiful idea, and I applaud the Crazy Creatives' effort to share it.

I am thankful for the animals who trusted me. Whether it's the cat who came in front of my bicycle and ordered me to get down so that she could climb onto my shoulders ... or the dog who stopped barking after I joined her in the room where her human kept her during the party ... or the squirrel who ran down my face because her favourite guide at the park thought it would be fun to put his hat on my head ... or the snake that only hissed but didn't bite five-year-old me after I ignorantly kicked dirt into the hole ... Sometimes, no common language is needed to understand each other.

The fact deserves attention that many Native people of the U.S.A. observe Thanksgiving Day with demonstrations as a National Day of Mourning, and in recognition of their suffering and contributions, the day after Thanksgiving is officially recognized by the U.S.A. as Native American Heritage Day. Historians characterize the events of 1621 not as hospitality or sharing but as settlers raiding harvests and grave-robbing from the Wampanoag people, and when they celebrated with gunshots, the Wampanoag army investigated. Early celebrations of thanksgiving (e.g. Governor John Winthrop declaring, “This day forth shall be a day of celebration and thanksgiving for subduing the Pequots,” in 1637) occurred after massacres of native people.

Happy Thanksgiving to all of you! 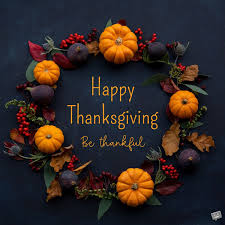 Enjoy the time with your Family and Friends,