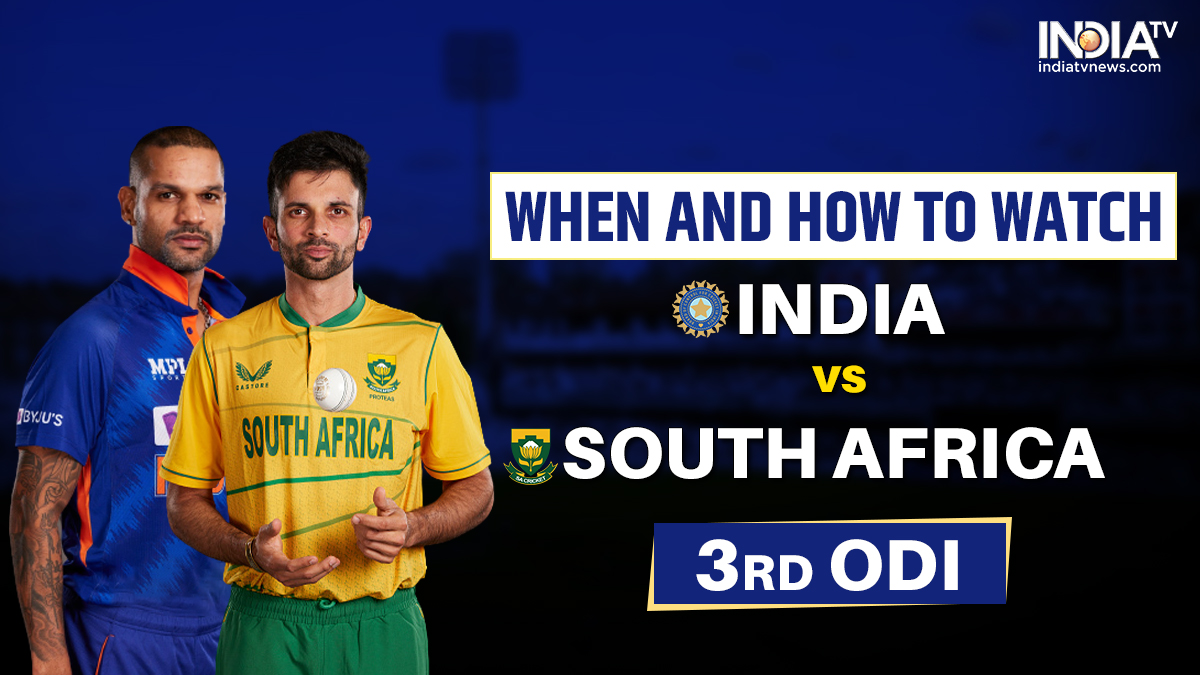 With a prize as big as a T20 World Cup on offer in little more than a month's time, and teams including the hosts of this three-match ODI series having their eye firmly set on the marquee event, it would be easy to dismiss the decider as not such a big deal. But it is. Especially for South Africa.

This is not just about winning an ODI series in India, something that has become so difficult that only three teams have been able to achieve that in almost 10 years - Australia in 2019 and South Africa in 2015. This is about World Cup Super League points, Mark Boucher's last bilateral series as the men's head coach and a last chance for white-ball skipper Temba Bavuma to find some form before the World Cup.

The last of those is the most pressing. Bavuma has only scored 11 runs in four innings since recovering from the elbow injury that sidelined him for three months. He then sat out the last match with illness and desperately needs time in the middle, especially because the rest of the top order has already had some. As a natural leader, he will doubtless see the problem with his own form when compared to his team-mates and may view this fixture as decisive in terms of whether he starts at the World Cup or not.

After Tuesday's third and final ODI, several members of the India squad will pack their bags and head to six different Indian venues to play in the domestic T20 tournament. For South Africa's full-strength squad, the journey is set to be much longer and the upcoming stakes, a lot higher. In less than a week's time, Temba Bavuma's side will face New Zealand in a T20 World Cup warm-up fixture in Brisbane.

While India could send their T20I regulars for the World Cup even before the ODI series against South Africa began, the visitors haven't been able to afford such luxuries. The aim for South Africa would've been to pick a 3-0 win over an India team sans their marquee stars in a bid to move up on the World Cup Super League (WCSL) table. Languishing at 11th, every win mattered and the points dropped in Ranchi is all but likely to send them to Zimbabwe for the 2023 ODI world cup qualifiers. Yet, the aim for now will be to cap off the series with a win in the national capital and shift focus to the shorter format with a victory behind them.

For India, this series is another reminder of the depth in quality that the home side possesses in white-ball cricket. For the players, a win on Tuesday could serve as a starting point to make their case for next year's 50-overs World Cup at home.

The hosts are likely to retain their winning combination from two days ago.

Temba Bavuma missed the second ODI with a 'mild infection'. If he is fit for the last game, he should walk back in, in place of Reeza Hendricks. Same goes for Tabraiz Shamsi, who, if fit, should replace Bjorn Fortuin.

According to weather reports, the temperature of Delhi city of India on October 11 (Tuesday) will be 28° Celcius during the day and fall to 22° Celcius at night. The sky will be partly cloudy at night and have thunderstorms in the morning.

Heavy rain has fallen in Delhi over the weekend causing water-logging and traffic chaos in addition to threatening a washout of the series decider. The forecast is slightly improved for Tuesday, with the chance of rain falling from 40% in the morning to around 15% later on but the teams could still end up with a reduced match on their hands. Should play get underway, expect a surface that should offer more to the quicks than what we have seen so far. The Arun Jaitley Stadium has not hosted an ODI since March 2019, but in the last three matches, the average first innings score has been 259, and the team batting first has won all three matches.

India have a few more days to decide on Jasprit Bumrah's replacement for the T20 World Cup, and Mohammed Siraj is making a compelling case to be selected. After going wicket-less in the opening game, Siraj's execution was excellent in the second ODI in Ranchi, where he struck in all three spells and was particularly effective at the end of the innings. He delivered four overs laced with slower balls and found reverse swing to show what he is really capable of. Mohammed Shami appears to be the frontrunner to take Bumrah's place in Australia but another strong performance from Siraj could make things a whole lot more complicated.

With Dwaine Pretorius ruled out of the T20 World Cup with a broken thumb, Wayne Parnell has found himself in prime position to be South Africa's first-choice allrounder and he will want to prove worthy of that title. Tasked with opening the bowling, Parnell has found some swing and made early inroads while also putting in two economical efforts in the series so far. His second and third spells will be under the microscope as will his batting. South Africa did not finish the second ODI well, and though he has not had much opportunity at the crease so far, Parnell has the skills to fix that problem

"Obviously, you feel bad when you're not part of the team for a big tournament where you could get good exposure. If you win a World Cup for your country, it's an entirely different, proud feeling. But I feel the selectors and coaches must have seen some shortcomings [in my game], and even I feel there's a need for improvement. I know I haven't given my best performance yet." - Ishan Kishan on missing out on a T20 World Cup spot.

India have only lost one of their last seven ODI series, dating back to March 2021. That series was against South Africa.

"There's two sides to it. If we look at it from the point of view that we get to play cricket, we get to stay out on the park and guys get to find form or continue form. That's the positives you can take from it. The two formats [T20Is and ODIs] are slightly different but we are looking at everything we can take from it. It's a very important series for us because of the points for the [ODI] World Cup. We are giving it our all. We will try to take all the positives we can into the T20 series."

Aiden Markram tries to see the bright side of South Africa's entire T20 World Cup squad still engaged in India while other teams have already departed for the tournament.