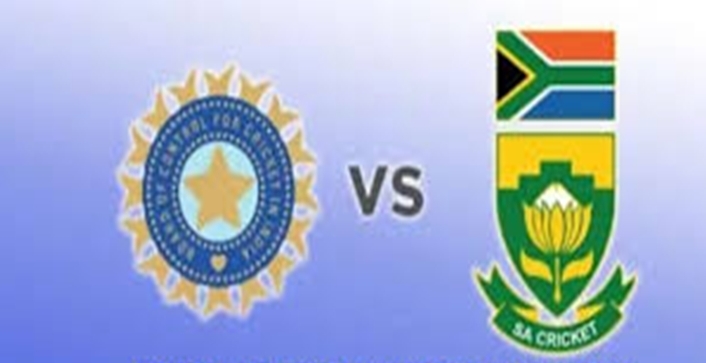 South Africa began the three-match ODI series against India with a win. Although they did win the match and require winning probably every ODI to make their path for the 2023 World Cup qualification easier, the Proteas will know that they did have slip-ups.

If not for a magnificent spell by Keshav Maharaj, it could have ended in a different result with Sanju Samson going great guns.

It was a match that followed a similar script for both sides. The new ball seamed and nipped around, the top-order found it difficult to play but when it got easier, the batters from both teams punished the bowlers, especially in the last 8-10 overs, however, the side, which took a few more wickets in the latter half, came out on top as it eventually happened.

The top order will need to make amends as far as the two sides are concerned, but especially for India as after both the openers got out cheaply, the next two batters Ruturaj Gaikwad and Ishan Kishan, both of whom also like opening the batting, scored too slow, much in their shell as a 69-ball 40 partnership wasn't the need of the hour, especially when they were chasing an above-par total with the ball spinning and gripping in the surface.

India might seek a change at No. 3 or No. 4 with Rahul Tripathi and Rajat Patidar waiting in the wings. However, they will be elated with how Shreyas Iyer, Samson and Shardul batted and with a short batting line-up, the Men in Blue might look to set a score, especially with the series on the line.

With the series on the line, expect the Indian batters, especially the stand-in skipper Shikhar Dhawan and his opening partner Shubman Gill to come out all guns blazing.

The Men in Blue have a powerful batting line-up and the top order is unlikely to fail twice in a couple of games even though death bowling remains a concern, but that goes for both teams. 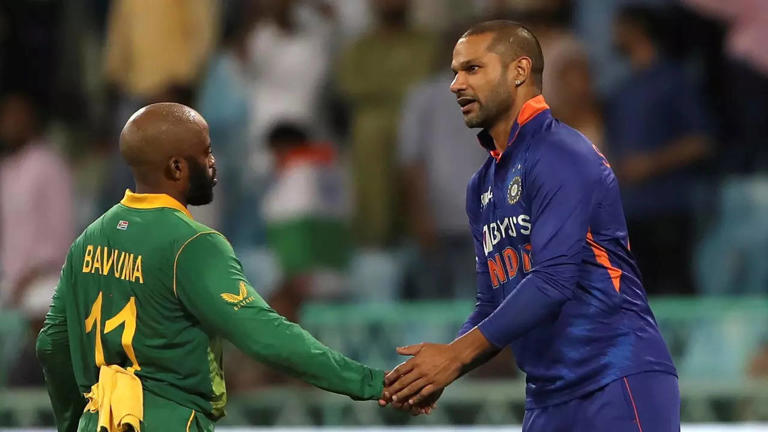 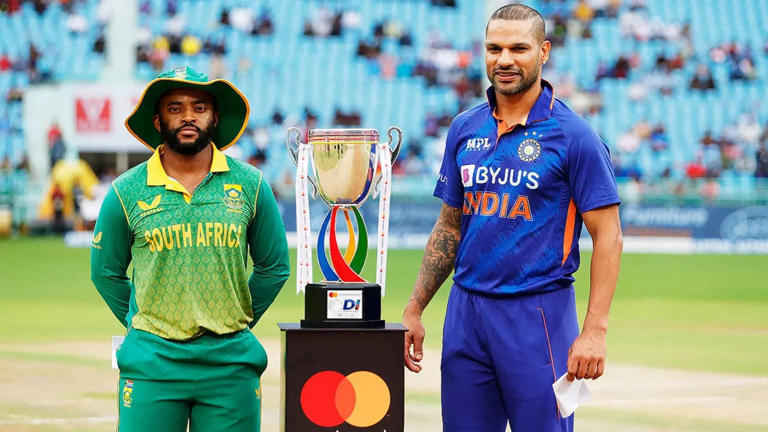 India are already 0-1 down in the three-match series, and the second ODI of the home assignment now becomes a must-win one for them if they want to keep the series alive.

Dhawan has captained India in two ODI series before this one and has won both. But South Africa, that too a full-strength side, was always going to be a big challenge.

They had, in fact, whitewashed a full-strength Indian team minus Rohit Sharma in their own backyard at the start of this year, and if India wants to avoid that repeat, they have to come up with a good show in Ranchi as well as in Delhi (October 11).

In the first match, the top order batsmen failed to fire after the bowlers also failed to restrict the visitors. The team’s fielding display was also horrible, and they dropped as many as three catches, which hurt them badly.

Hopefully the rain stays away and we will get a full 100 over match.

Thanks for the tag

What to expect: Pitch Report--  A warm, dry day/night. And perhaps not as many runs as we have become accustomed to in ODIs - 300 has been breached only once in the four completed matches in the format at this ground.

Often injured Deepak Chahar is out for the series because of a back problem. He has been replaced in the squad by Washington Sundar, who could bolster the batting possibly replacing Ravi Bishnoi who was expensive in the opening game.

Dwaine Pretorius has broken a thumb and been withdrawn from the squad. He might have played in place of Tabraiz Shamsi, who went for 89 runs in eight overs in Lucknow. Now Marco Jansen looks like cracking the nod.

The good people of Ranchi, cricketminded and not, do have reason to miss Dhoni. But that didn't mean a left-arm spinner from the other side of the world should care a hoot that the undisputed favourite son of the "City of Waterfalls" no longer graced the international stage.

The South African's immaculate diplomacy was given another workout when he was asked what he thought of the home side's slow bowlers. "The Indian spinners are world-class," he said. "They get exposed to the best batters in the world and you can see their skill levels. I am still learning my trade when it comes to spin bowling, and I think I can take a leaf out of most of the Indian spinners' books." Maharaj is four months away from his 33rd birthday. He made his international debut almost six years ago, and has played 45 Tests, 25 ODIs and 21 T20Is, along with 148 first-class matches. If Maharaj is "still learning" Dhoni still wears his hair long!!

So Sunday's second ODI is a bigger deal there than it might have been in other cities. Or perhaps not. The good cricket people of Ranchi - as represented by the press - are, it seems, more interested in other matters. "Are you missing Dhoni?" Keshav Maharaj was asked at a press conference on Saturday (October 8). Maharaj is among the most polite players anywhere in world sport.

He also didn't point out that his Test career started almost two years after MS Dhoni played his last match in the format. Neither did Maharaj say he had featured in only four ODIs and no T20Is when Dhoni called time on a career that comprised 538 matches for India.

He said: "I never got the opportunity to play against him but I would love to have a chat to him. He has been a world-class performer, especially from a leadership point of view. There's a lot of things people can learn from him; just his calmness on the field."