🏏India vs West Indies: 3rd ODI at Port of Spain at 7PM IST 🏏

India vs West Indies Match Preview, 3rd ODI, India Tour Of West Indies 2022. India will play against West Indies in the inconsequential 3rd ODI on 27th July 2022 at 7:00 pm IST in Queen’s Park Oval, Port of Spain, Trinidad. India won the first 2 matches and in the process won the ODI series 2-0 with one more match to go. They will look to give chances to a few other players in the squad and test their bench strength further.

West Indies on the other hand played impressive cricket despite losing both the matches in this series. They will look for a consolation win before going into the T20I series. Despite being a dead rubber one expect a close contest going by the trend of the series.

India are on the cusp of their second successive ODI series sweep against West Indies. This is a team without Rohit Sharma, Virat Kohli, KL Rahul and Jasprit Bumrah, to name just a few. Mohammed Siraj's economical outings coupled with Shardul Thakur's knack of picking up wickets have ensured India haven't missed Bumrah or Bhuvneshwar Kumar.

West Indies haven't done all that badly either, despite results not having gone their way so far. They've struck regularly through the middle overs to keep India in check, and their batters have posted two successive 300-plus totals.

Perhaps one area they could look into is their death bowling, and particularly their use of Romario Shepherd in that phase. He bowled the 42nd and 47th overs of India's chase on Sunday, and gave away 27 runs off those two overs, and the punishment he took wasn't a one-off. Among all bowlers to have bowled at least 60 balls in the last 10 overs this year, Shepherd (10.28) has the worst economy rate. Moreover, he only has three wickets in seven innings in that phase.

With Keemo Paul and Jason Holder - who missed the first two ODIs after testing positive for Covid-19 - breathing down his neck, Shepherd may have to improve this facet of his game to keep his place in the XI.

thanks for the tag

Raji, Thanks for the tag 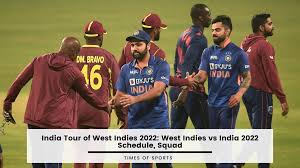 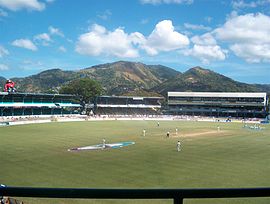 The weather for India vs West Indies Third ODI match seems partially overcast for July 27. The temperature in Port of Spain will be below 30 degrees Celsius and there is no rainfall expected throughout the course of the match. The wind speed is expected to be 17 km/h and the rate of precipitation is 1.5 percent.

The third ODI will also be played at the Queen’s Park Oval in Port-of-Spain. The previous two matches have proved to be a batting-friendly surface and it is expected to be the same in the final fixture. Batters will get the benefit on a flat pitch as the bounce remains constant and the outfield is quick as well. Pacers might get some help in the second half of the game, while spinners will prove to be crucial in the middle overs. Both the teams will want to chase after the winning toss on a belter of a surface.

Avesh Khan's economy rate of 9.00 on Sunday was the worst by any India ODI debutant to have sent down at least five overs.

The century in his hundredth ODI was Shai Hope's third in 2022 - the joint-most with Babar Azam.

"It is a fun position to bat at, and I really enjoy it. It is one of the best positions to bat because you go into a very tough situation if the wicket falls in early. You go in and you have to see the new ball and then build your innings. Also if the openers have got into a really good partnership, then you have to go carry forward that momentum, take it on from where they have left and see to it that the run rate is maintained." - Shreyas Iyer on batting at No.3

Despite India scoring over 300 in each of the first two ODIs, Alzarri Joseph has managed an economy rate of 5.35 and has also picked up four wickets. In the absence of Holder, he has assumed a leadership role, often running in from deep third to offer suggestions to Jayden Seales during the second ODI. He was expensive with the new ball in the first ODI, conceding 29 off his first three overs, but came back well to help West Indies tie India down later on, getting both Axar and Hooda bowled in the 49th over. In the next match, he was tighter in his lines and more disciplined in his opening spell, giving away just 14 off his first three overs. Joseph will have to keep his impressive form going if West Indies are to end their run of eight successive ODI defeats.