Sargun Mehta on Aamir Khan’s Punjabi Accent in Laal Singh Chaddha: 'He Could Have Done Better But...' (msn.com)

Sargun Mehta on Aamir Khan’s Punjabi Accent in Laal Singh Chaddha: 'He Could Have Done Better But...'

Ahead of the release of Aamir Khan’s upcoming film Laal Singh Chaddha, a debate has been going on Twitter about whether the actor nailed the accent in the film or not. The debate started after the trailer of the film was released on social media. Some people believe that he did an excellent job while others opined that he could have done better. TV actress Sargun Mehta also expressed her views about the ongoing debate in an exclusive interview with India.com and said, “If Aamir would have said in pure Punjabi, nobody could have understood. If the superstar next does a Bengali film and uses too much of Bengali words, then we’ll be not able to understand it.” © Provided by News18Sargun Mehta on Aamir Khan’s Punjabi Accent in Laal Singh Chaddha: 'He Could Have Done Better But...'

She further talked about how hard it is for the actors to learn new accents as it requires a lot of hard work and time. She added: “Aamir sir is not a Punjabi, and he has taken up a role. Actors are supposed to take versatile roles. I can say that he could have done a bit better but jitna bhi unhone kia hain bahot kaam and mehnat lagti hain sirf utna karne mein bhi (Whatever he has done in the film, it takes a lot of hard work and efforts to reach that level).”

In addition to Sargun’s comment, singer Gurnam Bhullar said, “Basically, it’s a national cinema that will be released pan-India. The Hindi films have a mix of Punjabi, Marathi, Tamil, etc. We are the ones who point out these things. So, it should not matter.”

Laal Singh Chaddha makers have released two songs from the movie yet- Kahani and Mein Ki Karaan? The songs were released without a music video in order to put the singers and musicians in the spotlight.

Laal Singh Chaddha is directed by Advait Chandan and Aamir Khan will be sharing the screen space with Kareena Kapoor, Naga Chaitanya and Abhinav Raj Singh, among others in the film. The actor will play the titular role in the movie.

This isn’t Aamir Khan’s first collaboration with Advait Chandan as the duo have previously worked together in movies like Taare Zameen Par and Secret Superstar.

Misleading headline. She's given him kudos for what he could pull off

I think his punjabi accent was fine

I am more concerned about Aamir once again channeling his inner "PK" in yet another movie. This expression is just overdone by him now 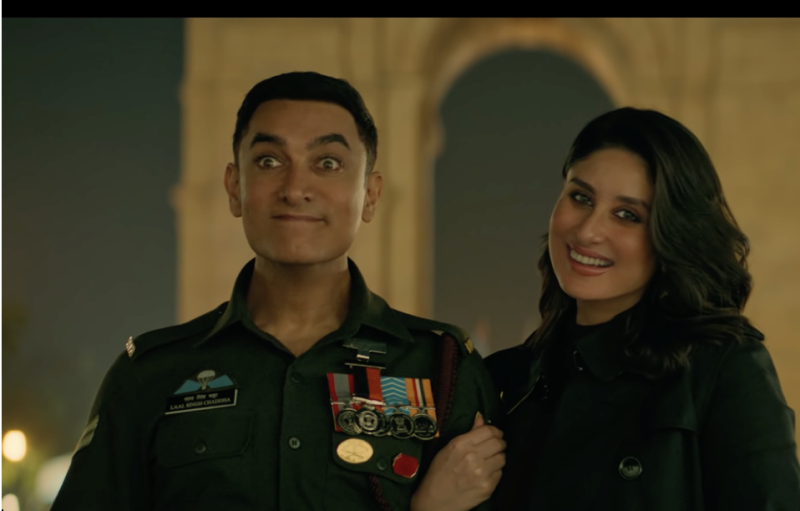 Aamir is considered to be Mr. Perfectionist.

Suggesting him to do better is indeed not good as per his standards.

Udariyan and swarn ghar both irritating and annoying