Another insider opines on nepotism & entitlement, and it’s a doozy 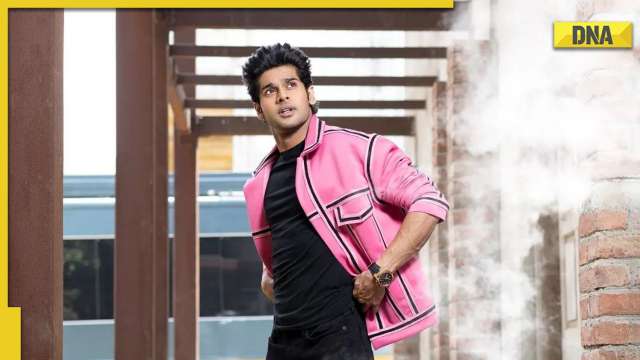 Nikamma star Abhimanyu Dassani revealed that owing to the nepotism debate, he has received 100s of abusive messages during the lockdown.

Abhimayu Dassani, who is geared up with his new film Nikamma, hails from a filmy background. His mother Bhagyashree is considered one of the most celebrated actors. But that didn't help him in shaping his career. During an exclusive interaction with DNA, Abhimanyu stated that he didn't get any advantage in his career due to his filmy background. He further mentioned earning worldwide recognition and accolades for his debut film Mard ko Dard Nahi Hota, but it all went unnoticed. "I got awards from international festivals and standing ovations for Mard Ko Dard Nahi Hota. But it wasn't mentioned in the press, why? Because if they write about that, they cannot say 'I got a chance in this industry, because of nepotism.'  I have proved myself Internationally before. Phirr kyu nahi likhte hai?" For the unversed, Abhimanyu won the Best newcomer award in Macau, and his debut film grabbed the award of Best Film at the Toronto Film Festival. As per the actor, they were the first ones from India to achieve these feats.

Talking about Nepotism, Abhimanyu frankly added that people misunderstood the term. "People didn't understand the word, and they misinterpret it. Nepotism is nothing but enhanced favouritism. In a way, nepotism is an entitlement and star kid is a title. There is a big difference between these two terms. Let me tell you that 'outsiders are entitled,' and you will understand that when you will have a personal conversation with them. On the other side, a lot of star kids are not entitled." Dassani continued, "Nepotism isn't always associated with star kids, there are outsiders who have got opportunities due to favouritism. I've been in this industry for a decade. So, maine dekha hai kaun kaha se aaya hai. Par jo story woh log bahar bolte hai woh alag hai. I don't spread narratives, or stories, I do my job with sincerity. I wish to enjoy my work, and do something that will make my parents proud."

Talking about trolling, Abhimanyu asserted that there was a dark phase in his career as well. "Every morning I used to wake up with 100s of abusive and threatening messages, just because of nepotism rant. I had to go off social media. This has happened with me, despite the fact that I never said or done anything controversial." However, Abhimanyu believes in proving his worth with work. After Nikamma, Abhimanyu will next be seen in an out-and-out comedy Ankh Micholi. Abhimanyu never wanted to associate himself with a specific genre, thus the young talent has taken a conscious decision of tapping every genre

His mom is Bhagyashree ? I recall she pushed her husband into films

He really really really shouldn’t have said anything. He comes across as jealous, bitter, and ironically entitled by claiming he’s not entitled.

He also sounds very bitter about his first movie not getting media attention in India. I don’t know how true that is, but if he’s right then he needs a better marketing and PR representation, or the movie’s production team should have marketed it better.

His mom is Bhagyashree ? I recall she pushed her husband into films

That’s the one.  I think Bahgyashree married into a very conservative family so she said she would only continue to act if her husband worked with her. Well, the man is not an actor so we all know how that ended.  Today her daughter is acting too so times have changed and the family seems much more liberal now I guess.

This reeks of entitlement and completely proves the nepotism debate

Two brain cells between all of them... please, God. Just 2.