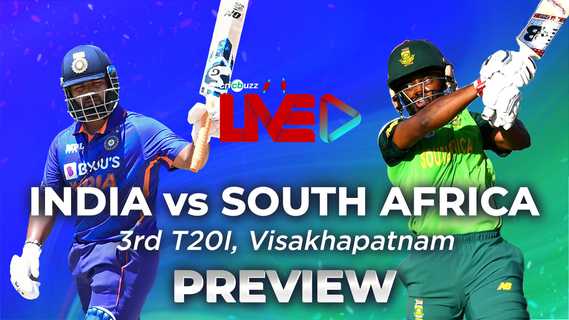 After a run of 12 unbeaten T20Is leading up to this five-game series, India find themselves on flimsy footing. At Kotla, where the batters could swipe across the line merrily, they made 200-plus but the bowlers came up short. On a two-paced Cuttack strip, the batting seemed rusty and unsure, while bowlers did marginally better.
There's been just one travel day to separate the second and third fixtures, but even in that short turnaround time, plotting a recalibration of plans to fit the conditions will have to be at the top of India's agenda. Conditions have exposed the deficiencies of this team twice already, and a third such successive outing will be fatal.
South Africa, meanwhile, have enjoyed a completely contrasting start to the series. When the situation demanded exceptional batting, a middle-order duo stood up; when they needed to peg India back with the ball, Anrich Nortje & Co. led the way. They've not even flinched with an injury taking out Quinton de Kock. Temba Bavuma's side have been admirably cohesive, complemented well by their captain's luck at the toss. Perhaps a turn of fortune there could rock the boat a little, and give India a shot at keeping the series alive by the end of Tuesday.

What to expect: Another two-paced wicket? That's what was on offer when the last T20I was played at this venue between India and Australia in February 2019. Back then too, India were asked to bat first and struggled on their way to a lowly 126 for 7. They put up a solid fight with the ball but the visitors secured the win with three wickets to spare.

In his first press conference of the series, Rahul Dravid spoke about managing the expectations of opportunities for the latest IPL graduates Arshdeep Singh and Umran Malik. The bowlers didn't do much wrong in Cuttack, but if a change is mooted, Avesh Khan could make way for Arshdeep - who offers left-arm angle and exceptional death-overs skills.

Word from the visitors' camp on Monday was that Quinton de Kock's status won't be confirmed before the match. So it's likely the accommodation arrived at in his absence in Cuttack - Reeza Hendricks to open the batting and Heinrich Klaasen behind the stumps - will be repeated. Besides, why would you want to change that side? VISAKHAPATNAM: The port city is hosting an International Cricket match after a gap of two and half years as the third T20 match between India and South Africa would be held on June 14 at ACA-VDCA stadium.
The Andhra Cricket Association (ACA) Treasurer SR Gopinatha Reddy told media persons that the ticket sales of the match would start a couple of weeks before the match date. So far, the cricket stadium in the port city hosted 10 ODIs, one test match, and two T20 matches. The organizing committee met here on Wednesday and is expecting the full capacity of spectators (27,250) for the match. Of which, 90% of the capacity seats are for sale online, which would start two weeks prior to the match date. Both teams would reach Vizag on June 13 from Cuttack.

South Africa Tour of India 2022, 3rd T20I. India and South Africa will wrestle with each other in the 3rd T20I of the ongoing series. The IND vs SA 3rd T20I takes place on June 14 (Tuesday). Y.S. Rajasekhara Reddy Cricket Stadium in Visakhapatnam is the venue of the clash.

There is a small sample size of only two T20Is at this venue to tell us what we can expect from the surface. Both were low-scoring encounters, won by the chasing team. In 2016, India bowled Sri Lanka out for 82 and chased it down inside 14 overs, and in 2019, India were restricted to 126 for 7 by Australia, who won by three wickets. Both spinners and seamers were successful here, which suggests another tricky batting track. There's rain around on the eve of the match but only a 20% chance on match day, with temperatures in the 30s and high humidity expected again. 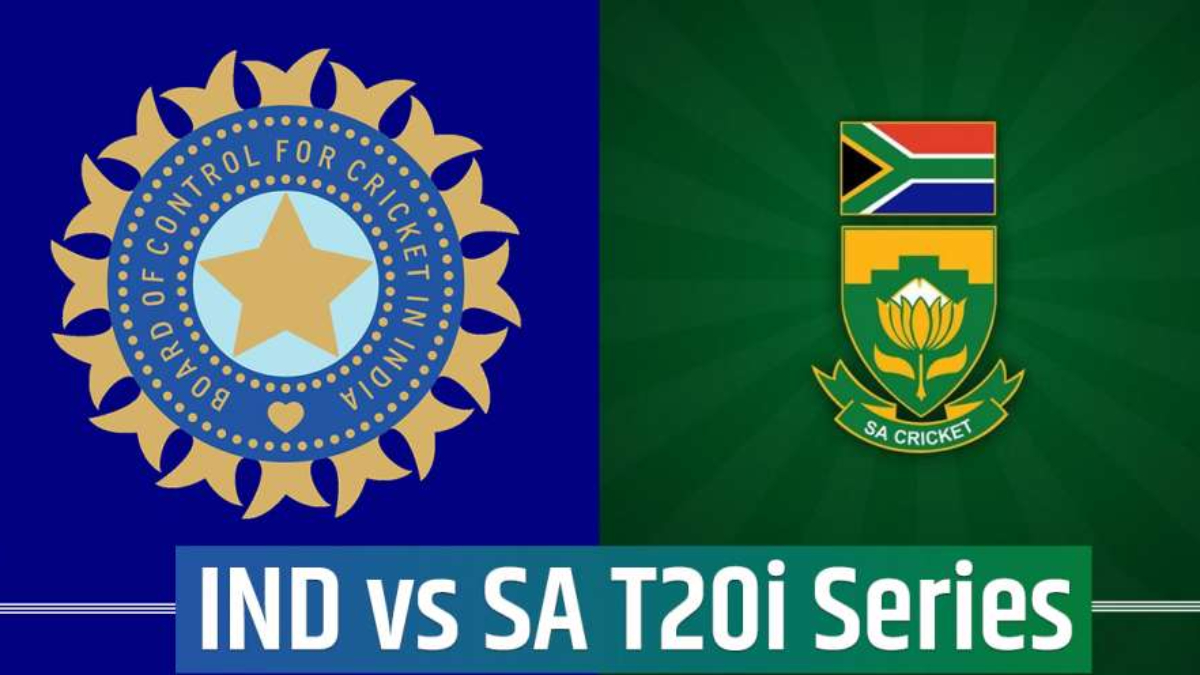 "It's another win in the bag for us, and the next game is upon us. It's a quick turnaround." - Temba Bavuma in Cuttack on Sunday, riding high on the momentum wave.

"I think he [Bhuvneshwar Kumar] gave us a really good start, the exact start we required from Bhuvi and you always know that he's known for his swing bowling and the wicket really helped him. He executed his plans really well. He's someone who's got a lot of experience." - Shreyas Iyer on Bhuvneshwar Kumar's exceptional bowling in the defeat in Cuttack.

If South Africa win the third match, and therefore the series, it will extend their unbeaten run in white-ball series in India to 12 years. They have not lost a rubber since the ODIs in India in 2010, and have since won one ODI and one T20I series while drawing another T20I series.