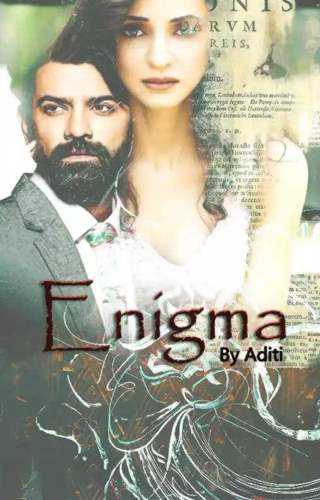 "Khush! Khush! See, what I have brought for you!" a not so tall but with beard, Krish, called out to his li'l and only sister as he held out medium-sized square cardboard box in front of her.

Khushi angrily twisted her lips and ordered him like a mother, "I will check it soon, but have food, first," she gestured towards the plate as she kept it on the dinner table.

"Arrey yaar, I really don't want to have these boiled veggies," he complained and placed the medium-sized box he had been holding on the table. "Look! I have ordered a pizza with extra cheese... Chal milke khaate hai," he continued as he excitedly rubbed his palms and pulled her into the next to him. He slid away the dinner plates.

She again slid the plate towards them and snapped at Krish as she said, "Koi zarurat nahi hai, doctor has asked you to have boiled food. Hence, you have to eat what I have boiled."

She was so adamant that he couldn't refuse her demand. He took a sip of the boiled vegetables soup and uttered, "Accha tu to khale!" as he placed the box of pizza in front of her.

Khushi opened the box pizza and giving into her temptation, she stretched her hand to pick up a slice. She paused for few seconds as guilt seemingly took over and she kept the slice back in the box.

"What happened now?," he asked as he arched his eyebrows knowing that Khushi loves pizza, inspite of being a famous model.

She lied, "I will gain weight, acchi nahi lagungi.,"

Khushi tried backtracking her words, "How can I have a yummy pizza, when you have to eat these boiled vegetables?" she said while she continued craving for the slice of pizza in front of her.

He held her palms and smiled, "Aww! I love you," he said pulling her cheeks. He continued, "Don't worry, I will feel as if I am having it when you do."

Khushi was touched by his words, she got up from her chair and gave a back hug to her elder brother while murmuring,"No. It will better settle in a dustbin,." She picked the box of pizza and threw it in the dustbin Krish laughed out loud and wasn't amused at her actions and hugged her. He said, "I knew it!"

He scratched his head as if he was thinking something and said, "Because you're my Khush, the jhalli"

"Bhai!," she blurted and opened her mouth with disbelief and hit him with a pillow that was lying nearby; in response he picked up another pillow to hit her back and that beginning of a pillow fight between sibbling.

Around the same time, Arnav entered the only to be hit by one of the pillows as he stood there at the door excited to see Arnav there.

Krish exclaimed, "Hey! It was Khush, not me."

"Yes, you Ms. Gupta," Arnav stated, agreeing with Krish. Krish teasingly pushed her a little and Khushi jerked forward in Arnav's arm as he held on firmly to save her from falling. They looked into each other's eyes and world around disappeared for those precious moments until Krish fakes a cough to bring them back. "Chalo Bohot ho gaya, come back now!" he teased them with laughter.

Later that evening, Khushi was continuously calling his brother when she fell asleep on the sofa; her phone buzzed after sometime. It was Krish.

"Hello Bhai, Where are you? Why have you not been picking up my calls? Do you have any idea how worried I am?" she bombarded him with series of questions...

"It's inspector Shindey. May I know who is this?" came the response from other side. Khushi trembled as she said, "Where is Krish? I am her sister!" Mr. Shindey on the other side responded, "I am sorry to inform you but seems like the holder of this phone met with an accident and he is no more..." Mr. Shindey paused for a few seconds as he broke the news.

On the other hand, stunned Khushi tried processing the words just heard. Mr. Shindey continued, "I would request you to please visit,  nearby police station for identification purposes." The phone slipped from Khushi's hands and she felt the earth under her feet slipping. She set on her knees as she broke down hearing the news of an accident.

Khushi is a model and knows Arnav. She just lost her brother. A big setback for her.

Khushi lost her brother in a car accident so sad and  is a model by profession.

Khushi rushed to the morgue in tears.

She was trembling with anxiety and fear, but somewhere deep within her heart a tiny flame of hope still burnt.

Inspector Shinde approached her. "We're ready for you to identify the body."

Khushi walked slowly to the room, her legs wobbling. A constable was waiting near the body that was placed on a gurney and covered with a white cloth. When she came closer, he slowly unveiled the face.

There was no longer any doubt. Her fears had come true. All her hope was crushed. All the rakhis were crushed into sea.

She sank to the floor, overwhelmed with grief. "Krish! Oh my God, No!" she sobbed.

Somehow she pulled herself back to her feet and followed the Inspector out. He handed her a plastic bag. Khushi peered into it. They were Krish's belongings. Grief hit her anew as she held Krish's jacket to her face and sobbed into it. Her brother! Her beloved Krish! He had meant the world to her! How was she going to deal with this loss?

She was so caught up in anguish that she failed to notice that Arnav had arrived until he put his arm around her shoulder in a gesture of sympathy.

'Khushi, I'm so sorry," he said, his tone laced with sorrow. Krish had been his best friend and business partner. Arnav would feel his loss keenly too.

Khushi was relieved to see him. She couldn't face this alone and slipped on the knees.

She lay her head against his shoulder as he led her to the chair nearby and sat her down gently. Then he crouched before her and held her hands tenderly. Khushi was still clutching Krish's shirt in her hand, and couldn't stop a fresh bout of tears when she looked at it.

Arnav stood up to hold her. She continued sobbing against his midriff and he stroked her hair gently, allowing her to vent her grief, tears pricking his own eyes. They were feeling alone, having togetherness.

"How did this happen, Arnav? How? Why? Everything was fine. Then why?" she quivered between racking sobs.

Arnav felt a wave of pain as he tried not to let the tears escape his eyes. He had to be strong. For Khushi's sake.

"I don't know, Khushi. I will miss him too. But then this is life, and what is born must die."

Even as he was speaking, he realised how hollow his words sounded. They would bring no solace to Khushi or to him.

Khushi looked up at him, her face streaked with tears. "You were always the philosophical one. Unlike me and Kr..." She couldn't even say his name now without the pain enveloping her heart and spreading through her insides.

"I know how you feel, Khushi. But please remember I'm here for you." Arnav's tone was heartfelt as he held her in a tight embrace.

Khushi did not know long she cried in Arnav's arms. She soaked his shirt. She had no more tears left.

Arnav has returned from work one evening and rang the doorbell.

"May I come in, ma'am?" he had said in his usual teasing manner when she opened

She laughed. "This is not a classroom Arnav that you have to take my permission, and neither am I your teacher!"

Arnav's smile had been laced with mischief. "No, you're not. You're my wife!"

He grabbed her by the waist, taken a deep breath and blown gently to push away a strand of her hair that had been covering her face.

Khushi blushed. "You're getting naughty, Arnav. I will complain to Bhai that his bestie is flirting with his sister."

Arnav had pulled her into his arms, and kissed her on the cheek ignoring her loud gasp and glancing at Krish's smiling in the photo on the mantelpiece covered with rosary. "Bol do saale sahab ko jo bolna hai. Dekhna, woh mera side hee lega!"

She lost Krish but at least Arnav is there to support her through it.

Waiting to read more of it..

Already married and in love..

What more to come??