Today is a very special day!

Because today is the birthday of a really special person.

Years and years ago *not that long ago thou* on today's date humankind was blessed with a beautiful soul. That soul celebrates another round around the sun!

In short for the ones who just zoned out, it's that special person BIRTHDAY!!

Before we go and celebrate and partttyyy hard... you all need to guess who the birthday girl is!

Don't worry I have some clues for you 😉

She is a big fan of Star Plur Mahabharat! So much that she found her future beau watching the show!! 😍🤧

The one whose love has many colours

The Dhanudhaari of the ITV industry. The one and only

Birthday girl doesn't just fangirl but she STANS him.  So no one dare to say anything against him. 🤫 At least not today 😎

Apart from him, she is in love with the infamous siblings of the American Supernatural TV series.

No no not Damon and Stefan..

If she joins team Avengers someday, her superpower would be

*talk about being unique. Not invisibility, not money making skills but, controlling the effing weather*

So villains be aware, she gonna freeze you to death or melt you to hell. The choice is yours 😇😂

She loves watching drama but has given her heart to one in particular. 💜💜

She is so much in love with it that she has literally watched the series freaking so many times.

With subtitles, in English dubbed and ultimately in Hindi dubbed too.

*Talk about the variety 🤭*

The drama is called Descendants of the Sun 🤩🤩 and watching it all these times, she has become one herself.

Her passion includes *well it includes sleep and eat* but apart from that, writing. 😇🥰

And man she is good at that. Girl gonna write amazing stories

and leave it on the middle. 🤷‍♀️

Did I mention she had commitment issues when it comes to her stories? So if you fall in love with her stories *and trust me, you would* you will have a hard time finishing them

*cause she wouldn't finish them in the first place...but whom am I to talk 🤫😂*

Talking about writing, she has a chattis ka aakra with the auto correct

She's not that active but whenever she is, she is a great company does and is a kind soul who is friendly with everyone.

She is part of two amazing teams on IF and is doing best on both of them.

She is part of the CC and a the newest addition to FF team, one of the beta readers.

She is one and only,

Here's to the golden years in your life!

All the years have passed since you blessed the earth with your presence, and we are still lucky af to have you

I'm so glad that we met and even happier that we became friends and still are friends. I can't explain how much I'm glad for all our conversation (literally about random things).., all your support and love. I love you to the moon and back.

Happy birthday!!! I wish you nothing but happiness and success. Baby you a queen! And don't let anybody tell you otherwise.

Love you a lot!

Heres a little something for you! 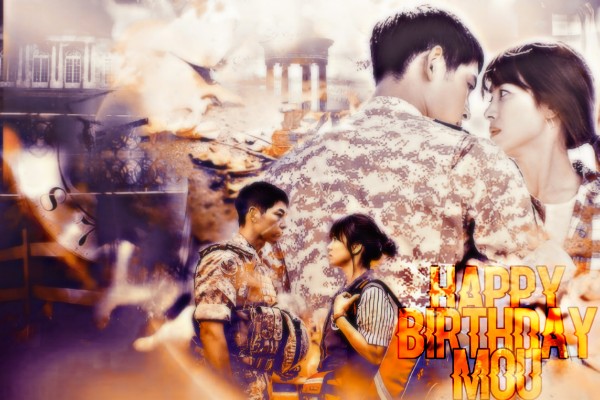 Happy birthday Mou! Have a great one!

Happiest birthday Mou! Hope you have a great day and a great year ahead!!

Have a great year ahead