Ok, so I guess the ultimatum angle has been put aside for now

......the turn of events today went in another direction.....Adi-Imlie are still debating the when/how of telling their truth instead

.....doesn't look like things have reached any breaking point for any ultimatums to be issued

......they are both resigned to their usual limbo for the most part

Anyways, that aside.....a decent episode in terms of Adi-Imlie I guess. They got a conversation even if much of it felt repetitive in tone.....Imlie repeated her usual fear of not wanting to rock the boat of this happy T family that looks united and together in the pictures that are up on the wall....pictures that she dusts daily as the maid in the house. So basically Imlie's mind is still in that maid mode ki she's not destined to ever be a part of those family pictures, she can't picture herself in those photos and neither can the T family......toh basically the same point she was repeating even before Adi brought her home from the lodge

For a second there, when Adi started off with his "I thought you were just making excuses but now I can see what you fear", I was like hey bhagwaan ab is point pe bhi yeh Imlie ke defeatist mode ka saath dega?

......but thankfully he tried to pull her out of it a bit with saying that CIRCUMSTANCES will not decide her place in this world, but SHE will.....Adi deals in absolutes as usual....lol his point is that this is the truth and his family will HAVE to accept it

. What he gave Imlie in this scene was understanding.....the way he said, "Hum samajh rahe hain ki tum har nazariye se is baat ko dekhne ki koshish kar rahi ho".....I guess Imlie needed that reassurance from him that her fears are not illogical

.....well I'm not going to get into the broader situation of the other illogical things she's thinking.....but I appreciated the attempt at communication and give and take in this scene

I would like to see Imlie also giving Adi understanding again someday....it's long overdue now. Can't remember the last time she actually understood HIS perspective on something

. But today, even if they were in disagreement as usual, there was that moment in the scene with the Ts where Adi wanted to tell the truth and he looked at Imlie for support but he could see she wasn't there yet....her eyes were communicating her panic and refusal clearly so he let it go again even if he was unhappy about it.

As for the rest, I dunno where exactly AC ka tamasha is going with her attempt to jail Adi and the Ts

.....but for now it does seem to be bringing out Imlie's protective instincts big time

.....there is no pleading from her side....Imlie seems to be treating it as war

....but chalo aage dekhte hain if Imlie ka tashan with AC in the precap is again just for a token scene ya kuch purpose bhi serve hoga. The least the makers can do is let Imlie rescue her own goddamn family, man

I am a happy  bunny today caz I could sense that  team feel today m be it in the precap  or the other conversation too despite it being  the repetitive  things content wise.   I will savor  it until i can  one never knows ab yeh kitna last karega.. I had to laugh at imlie ka Achank se firse  but hum toh naukrani  and am not destined for it.. uhh girl weren't just moments ago you were willingly exercising  your bahu right but ok khair pata hai apni imlie Duggal saab hi hai

I did appreciate the fact that there was this mutual ground today in terms of saath adi refused to listen but she forced and went but listen idc.. I liked her exercising  her haq in that way still knowing how to get to him inside despite his uppari ghussa and being fed up behavior.. imlie ke doubts are fine but baat wohi hai ke address them more deeply then this.  I was also like OH NO OH NO at adi ka hum samjh rahe hain I was like great ab he will buy this too  to prolong this but phir maari adi  ne 4th gear and came to the point ke jagah  hoti hai bas banani  padti  Hai.. you can't  just wait for the world to do things for you again wohi ke khud apna haq cheenana  padta hai . I really liked that understanding  tone too that  again fine I am here to listen and plz feel free to open up  jo bhi hai bolo.  Yes about time imlie starts getting his POV's too but usme samay lagega *sigh* I guess I will take it as of now. The communication through eyes was I guess my fav of the night such a tiny moment but said a lot and then the way adi just turns his face  a mix of so many  emotions and his majboori again  creeping up ke caz imlie is not agreeing beautifully done though blink and miss.  The domestication of lunch scene and bye Mrs tripathi was sweet as ever I was like aww ab bata bhi do kya rakha  hai dabbe main but i guess that was me going ahead of everyone .. abhi itne Naseeb  ache nahi huye humare. I found her asking him to   join her so cute  it makes sense  and it had a bada pyara feel to it ke yes we are a team and we need to go with it and their private the mrs tripathi moment and imlie again flying caz of that.  Ek dum itna cute ho jaati hai when he calls her that I am enjoying her starting to enjoy it from him caz itni dafah  ka biwi biwi toh work nahi kar raha tha but now she is Starting to accept the title it makes it concrete for her and I like the playfulness  with which they go ek dum organic  flow of it  bohat pyara hota hai  so far.

Ac ki bakwaas ke liye I have no faraks  to give just like imlie ka go ask Malini and that fierceness in her tone.. I had to laugh  at BK being vigilant  ke behan chup kar ja we need you out

So much word about ADI  Imlie  havingno faraks to give for dunia  ki and AC ki bakwaas and bindaas being so fiercely  protective of each other AC ne imlie ko bola toh adi ghuraya  and usse aashiq bola toh imlie  aa gayi apni pe. I need to see this more

come on Imlie do it for us do it for adi.. it is time imlie gets elevated a bit more make it the neev of her starting to solidify  her position more not that it is weak now  caz I loved BK ka defense  again ke imlie ne  bola nahi matlab yeh nahi we Don't  know but I want more fierceness from both sides.  This family needs to be ONE .  Ek jhut  that gives me a high..

......and Adi ka proud expression dekho ki that's my girl showing what she's made of 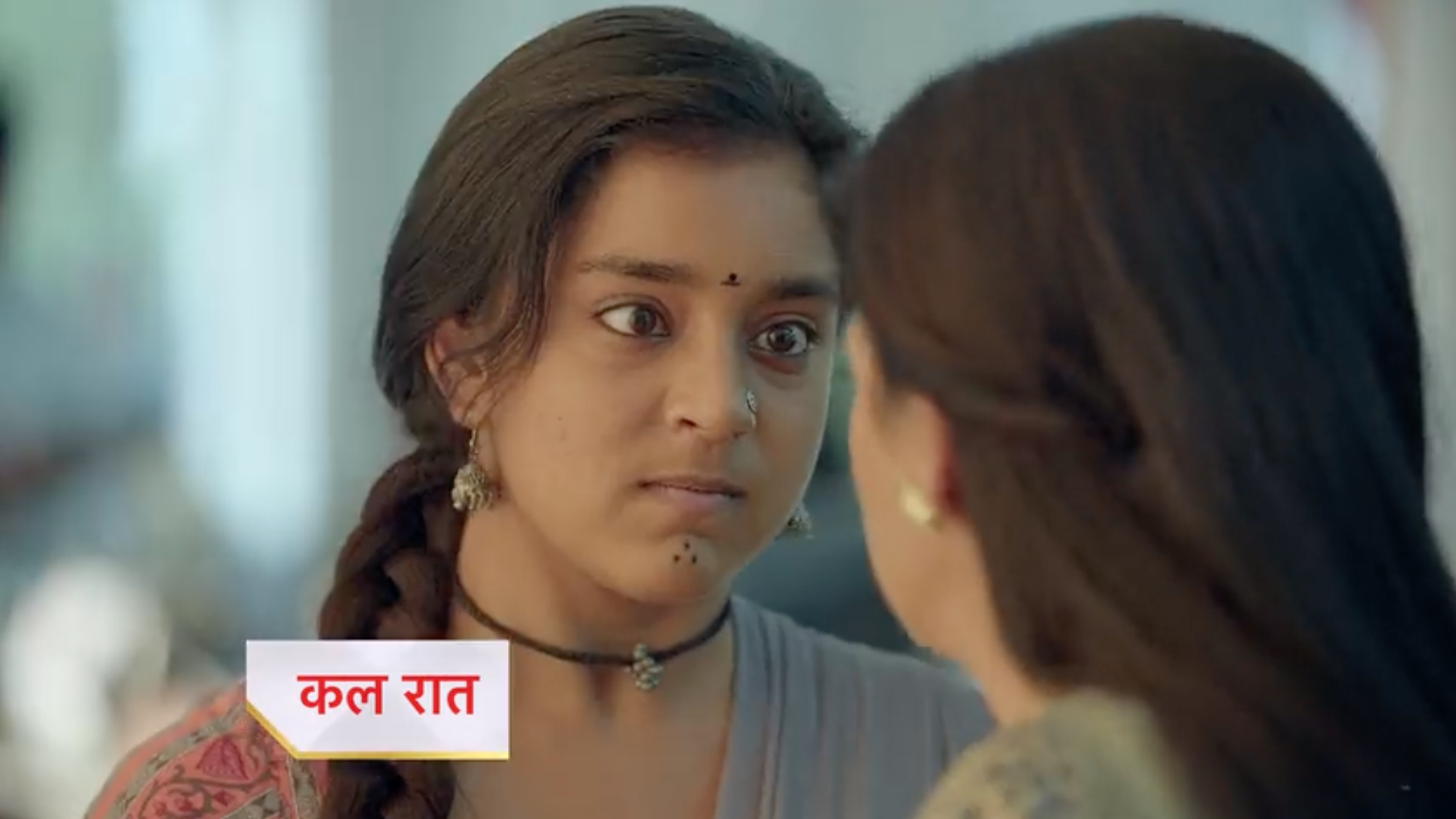 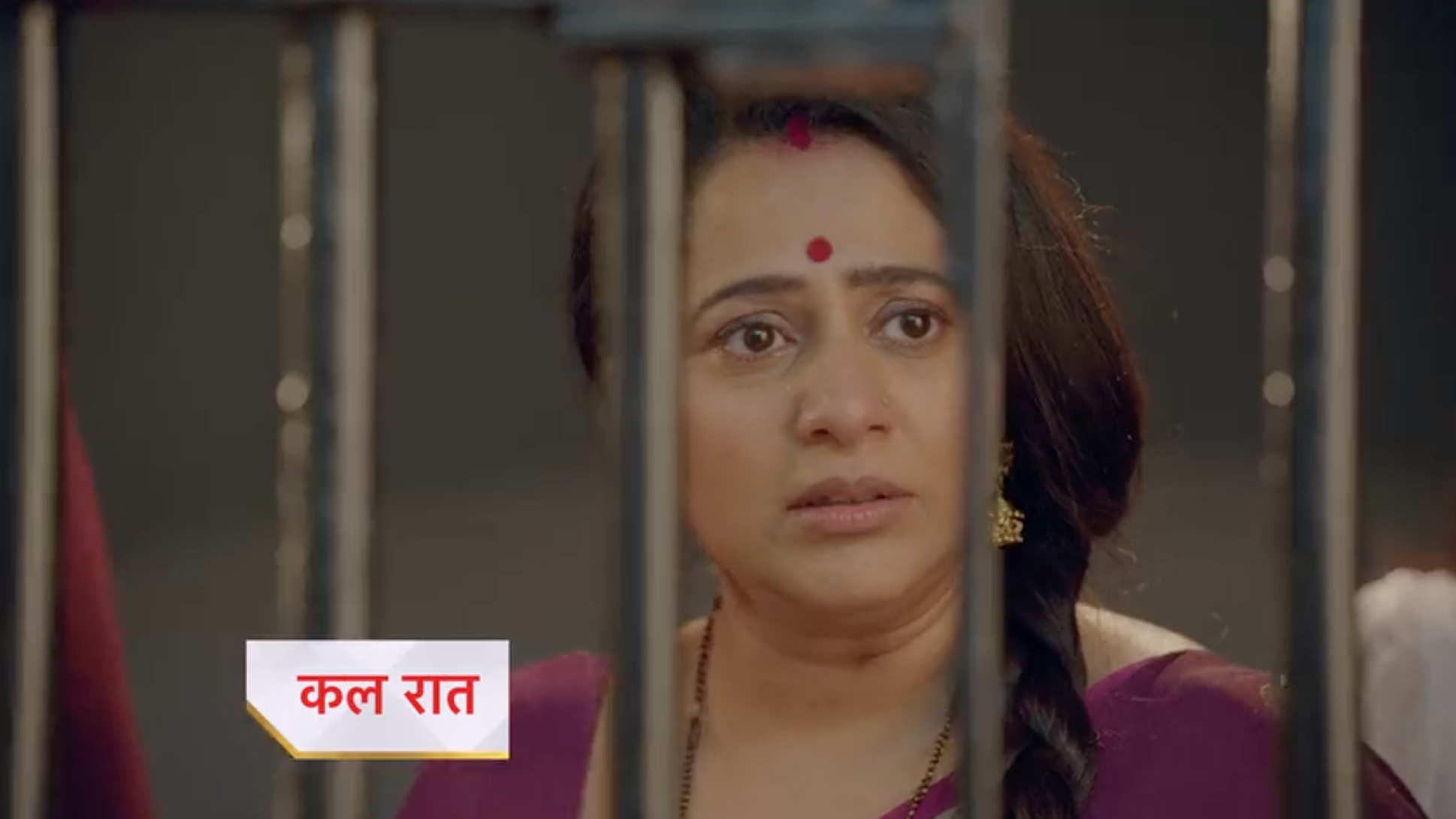 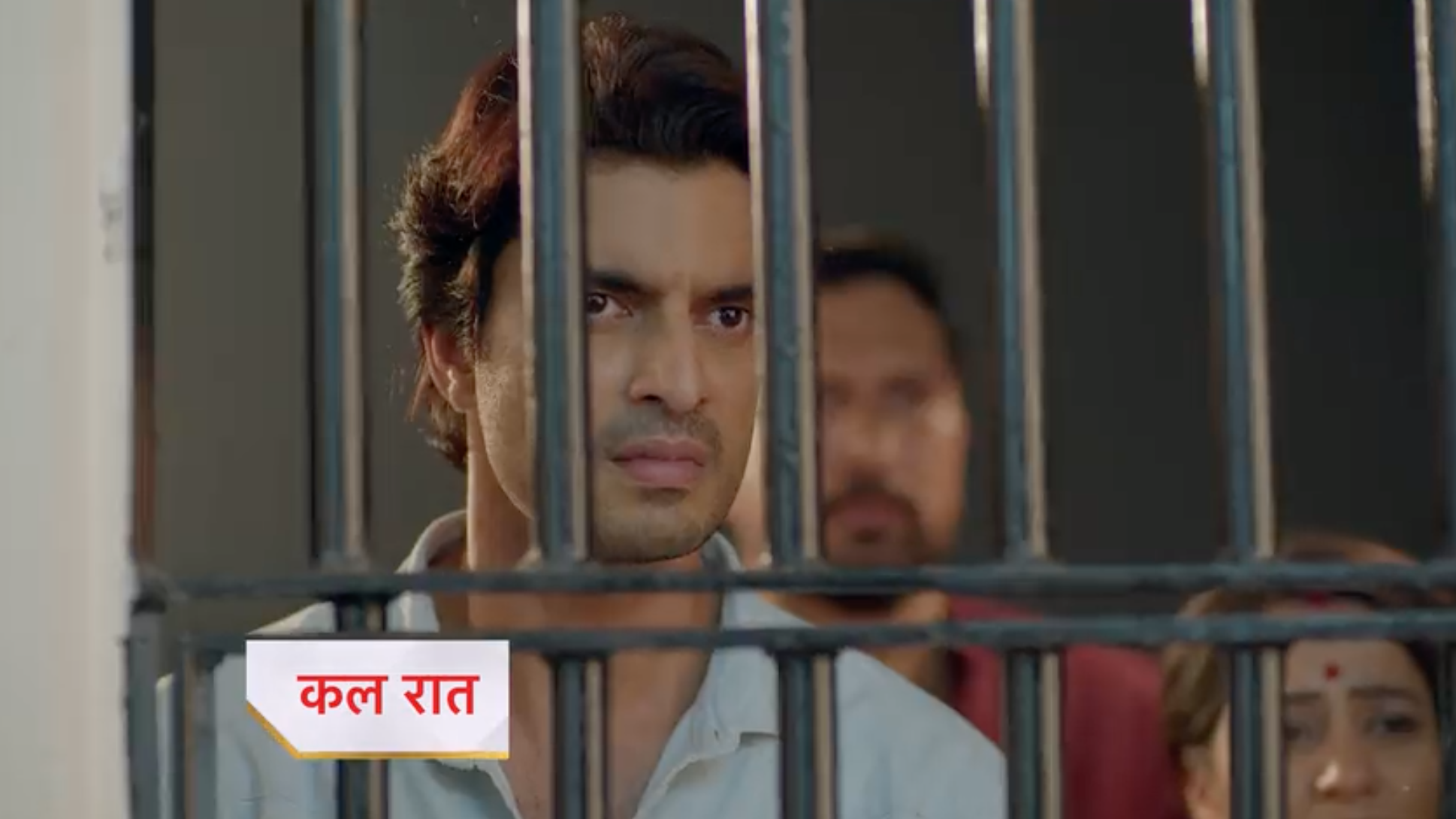 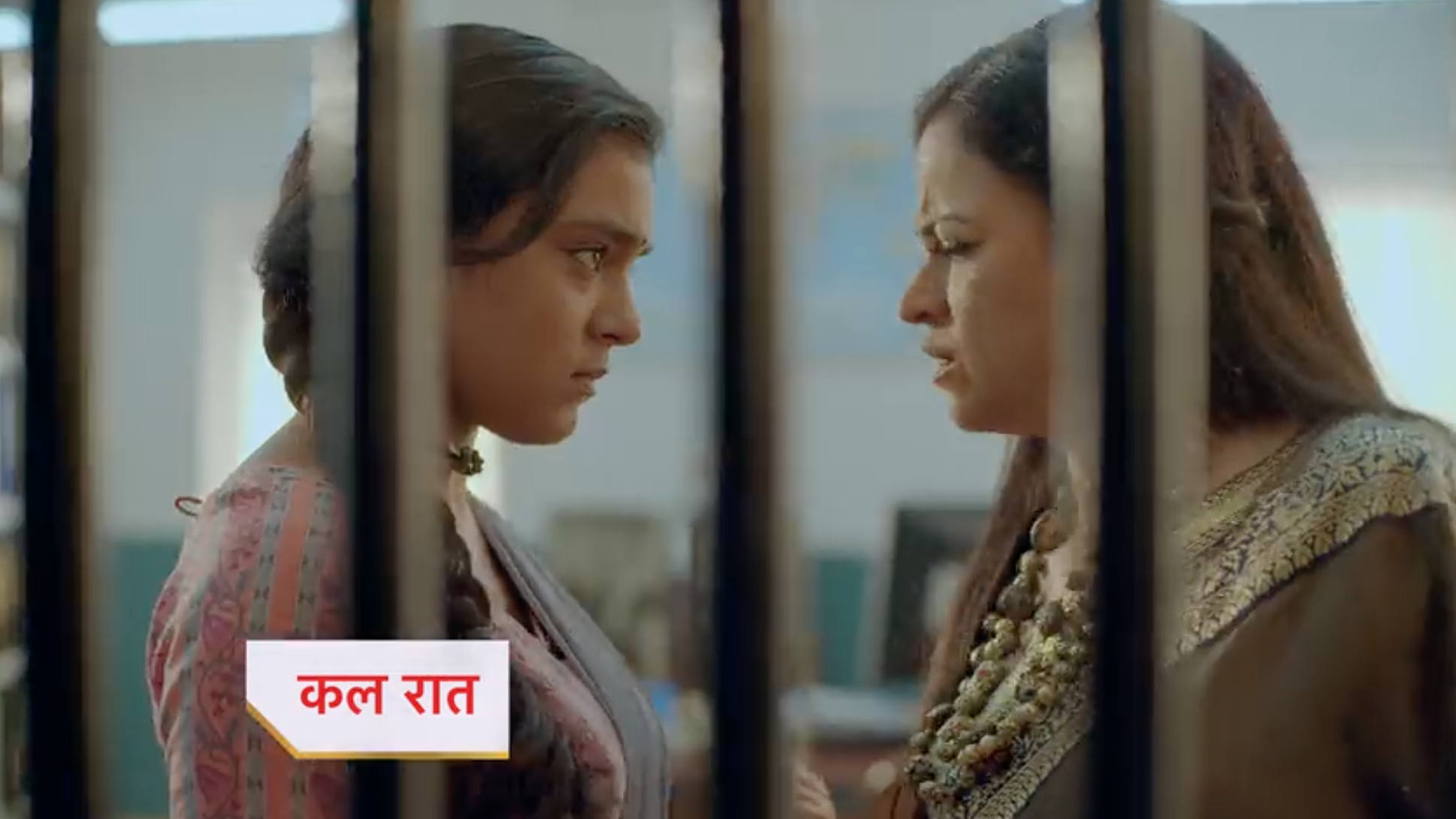 The best thing abt today's ep was that didi got only 3-4 minutes ka screen space. I just can't bear her nautankis anymore.

A decent episode today, Adi is frustrated he could not tell the truth but when he tells the truth, he wants Imlie to be with him and just looking at her, he knew she is not there yet, and as he said after the diya scene, he was ready to wait for her.. Hope the wait is not long now.

Finally a good Adi-Imlie conversation, where Imlie shared her fears and Adi listened, understood and told her what is right. Sach Suraj ki tarah hota hai, kabhi na kabhi samney aa hi jaata hai. From the mud scene, Imlie is at least trying to understand where Adi is coming from and not cutting him off like what she used to do earlier.

Loved the morning after scene, a simple domesticated scene. I think he will keep saying 'bye Mrs Tripathi' everyday. Adding it to their good morning and good night wishes

Wohoo precap is fantastic, how fierce is each other in protecting the other. As Adi told Meethi and Satayakam, Imlie sabki haq keliye ladthi hai aur yet tho family hai, iss sabke liye kis hadh tak ladegi, ee sab front row seat se dekhenge. This would cement Imlie's role in the family and hope Imlie also understands it and some of her fears will be gone.

I do not think Malini or KC will be involved in this. It is too early for KC to know Malini/Adi/Imlie relationship. if he comes to know about it, there is not mystery and he wouldn't go after Malini. And the divorce lawyer is anyhow, use less, I think it will be Imlie who would do something to bring her babusaheb and family home.

Maybe belatedly, but it may strike Imlie that these relationships are no longer salvageable now with the entire T family getting thrown in jail over false accusations from Malini (not Didi today

The photos she's staring at on the wall are already fading into the past and there is no possibility of sustaining those smiles after the family has been slapped with such charges in the name of "torturing" Malini......Tripathis ko bhi sochna chahiye ki jis bahu ki itni pooja ki, ab usi ke naam pe jail jaana pad raha hai

.....iske baad bhi agar inhein lagta hai their family is complete only with Malini, what to say

For now, I'll enjoy Imlie taking charge in whatever way she can.....lol....Didi toh useless hi rehti hain in front of her Mom mostly so I hope Imlie is allowed to save the Ts on her own terms

......and Adi ka proud expression dekho ki that's my girl showing what she's made of

Thanks for the write up AY. Definitely a better episode today I thought

. I told you Adi is going to start calling her Mrs Tripathi more

) so not sure how and when we get ultimatum.
Precap and police drama can go different ways - but I am still hoping it’s Imilie who somehow solves the issue -as I said in the other thread she will make Anu take her complaint back by threatening her about the assault she went through. Maybe I am thinking too much - but I just don’t want didi to be the savior

- but I really hope it doesn’t go that way.