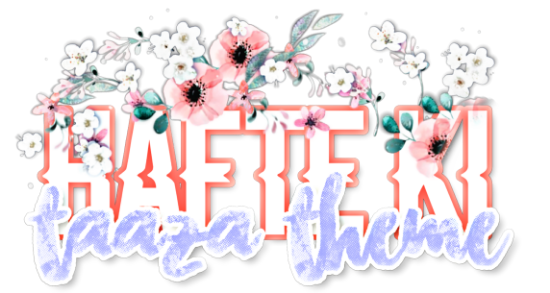 Thank you everyone for sending in your submissions for last week's Hafte Ki Taaza Theme! They were quite unique and dare I say, magical.

For this week, the heartiest of congratulations go to tournesol who has written an absolutely beautiful piece about Sophie who goes on a quest to pluck a golden flower whose magical properties could save her dying mother. Although it's set in the world of Harry Potter, the love between the mother and daughter are a bond that could be experienced universally. Check out her piece down below to see whether Sophie succeeds in her quest!

As for this week's theme, you should get your capes ready and suit up for things are about to get super around here!

This week's theme is SUPERPOWERS.

The prompts are as follows:

Like last time, the FFEs and Beta Readers will be here to provide you with feedback. The maximum word count is 750 words. Send in your entries to IFBetaReaders with the title HKT2: Superpowers by March 31st 2021, 11:59 P.M. EST.

Using the prompts isn't compulsory. If you don't like a particular prompt for the day, you are free to write up any piece that is still related to the theme. :)

Also to note, after a cycle of every four weeks, the person whose written piece gets featured the most would win a siggy created by one of our talented graphicers! If you would like to win one, then be sure to submit your pieces!

A faint whisper hissed in the ears of a seventeen-year-old Sophie. There was no one around her. Shrouded in darkness, she was in the middle of wild trees and canopies. Sophie was at the entrance of the garden of Sylphia. It was one of the most dangerous forests in the Wizarding World. And ruthless as no one had ever returned alive from there.

No one, except Harry Potter. He had gone till the end of the forest on a mission and returned alive. But Mr. Potter's feats were incomparable. Sophie's generation of wizards always looked up to the golden trio. Sophie, in particular, found her inspiration in Hermione Granger who was also a Muggleborn witch. But Ms. Granger's success as a respected Muggleborn witch doesn't mean that the world had become a cakewalk for all Muggleborn magical citizens.

The ancient belief of blood purity was still alive, and every Muggleborn still had to bear taunts like being called a Mudblood until they earned their worth in the Wizarding World. Sophie however, had to bear more than that since she was born to an unmarried Muggle mother. Although her mother tried her best to save Sophie from the various taunts, she was never quite successful.

Now she had stepped into the forest to fetch the golden flower of Sylphia to save her dying mother.

A tall, cruel tree leered at her. Vile taunts from her past grew louder as she proceeded further into the forest. Out of nowhere, a whirlwind of angry fire came and danced around her. Sophie needed to tame the fire into her wand, or it would close the distance and burn her to ashes.

She drew her shaking wand and chanted a spell. Nothing happened. She calmed her jittery nerves and tried repeatedly. Massive flame lunged towards her wand that she held firm in her hand. It glowed hot, fire coursed through her body, the heat burnt her hands. Her wand became cold and the fire was gone.

She stepped forward in the darkness. It had grown awfully still. A tunnel appeared before her. Without thinking much, she entered inside. She was stumped to see a million reflections of herself snickering at her in the dark. Each taunting her with an insecurity she feared. The taunts weren't whispers anymore whispers; they were growling. She would lose her sanity if she stood there any longer.

"Finestra!" she chanted. Two mirrors broke and they joined again. She tried the spell two more times, nothing happened. In sheer anger, she directed her wand to the million mirrors wishing to burn them down. The fire she had collected earlier coursed through her wand and burnt down the mirrors one by one. The reflections of her insecurities got trapped in her wand.

She proceeded further into the forest and faced fool's golden trap, uncertainties illusion, howling cries of injured ghosts and the lake of dancing snakes. She conquered a new power every time she defeated a weakness.

Finally she reached the center of the forest and found the dazzling golden flower of Sylphia, glowing and sitting like a queen ruling the forest. This was the only cure in the world of magic and medicine that could bring her mother back from the brink of death. Sophie bowed in front of the flower and prayed for her mother's health. Hundreds of flying colors emerged from the flower, indicating that it had given Sophie its permission to pluck it.

Overjoyed Sophie plucked the flower, and then remembered she had forgotten to read about how to exit the forest. She was brave and valiant, but she had won only half her battles.

Although Sophie's mother lived because of her prayers to the gracious flower, legend has it that Sophie was still waiting to be rescued, years after her journey howling among the injured ghosts.

Thank you so much 💖💖

Thank you so much 💖💖

Congrats Tia! I didnt now you can write so well. The ending was so powerful too.

Loved the use of words throughout the whole piece