Thank you to everyone who given support to my all previous ffs even though I was not regular. 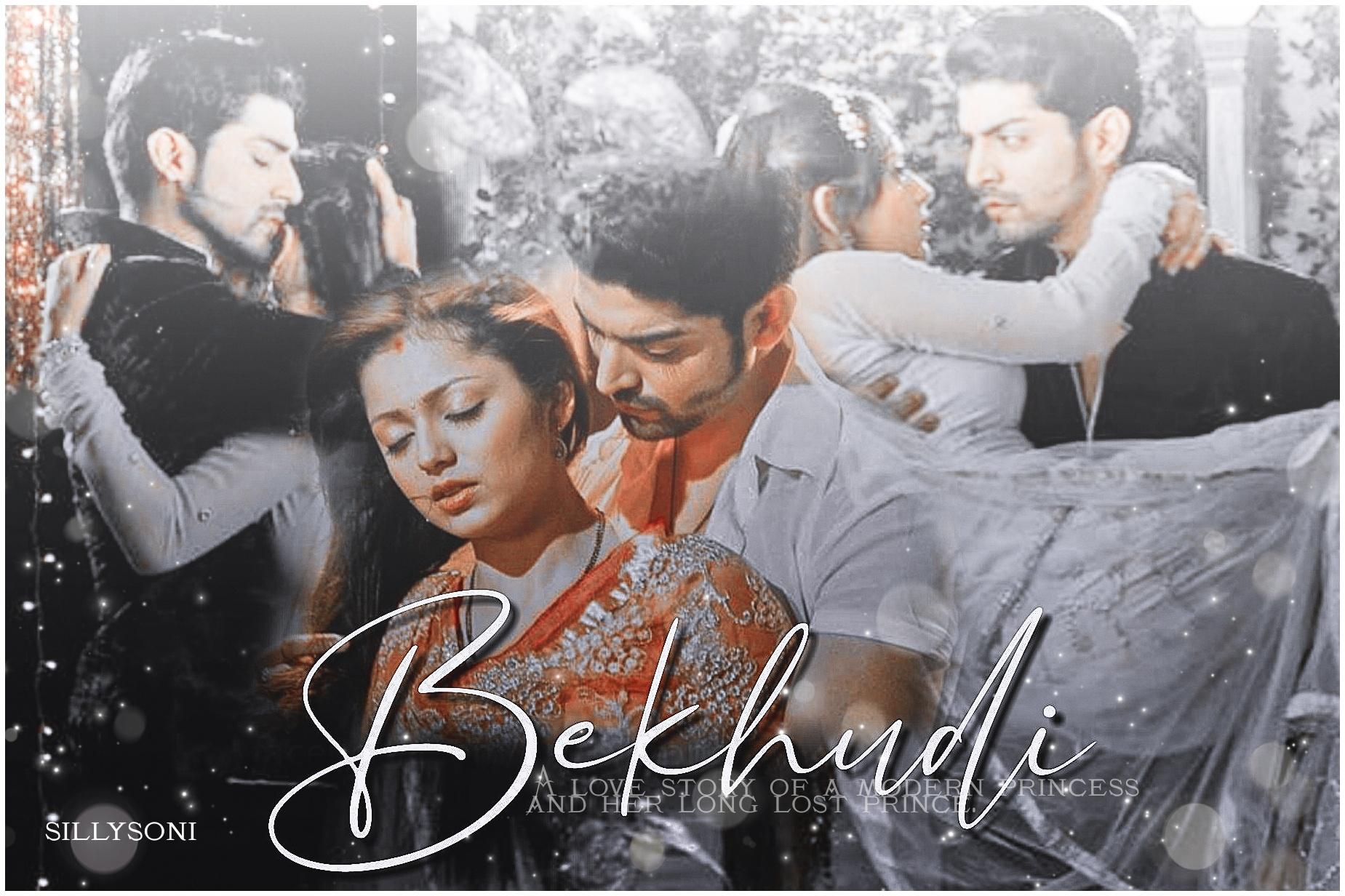 A 20 year old girl in her pink designer but dirty dress screams running from three men who are chasing her. The road was completely empty, all she could see were closed shutters of stores.

"Please save me." She begged the guy that she bumped with, he looked her as she fisted his shirt collar then his gaze shifted to some men behind her but these guys were unable to see them as they both are in darkness.

"Where is this damn girl ?" One of the men screamed at the other one as they were looking here & there.

She was about to run away thinking this guy was not going to help her but to her surprise when she took two steps he pulled her back and slammed her to a wall of a journal store, crushing her soft petite body under his strong one, she stare him stunned with wide eyes.

"Shhh." He closed her mouth to stop her making any noise.

"They are gone." He moved his hand seeing these guys running away in search of her.

"Where are you going ?" He look her as she takes steps away senselessly.

"Please let me go." She walked away but he come in front of her.

"These guys are behind you, where will you go at this time ?" He feel pity on the poor scared girl in front of him.

"I don't know where I'm and where I will go now." She recalled how those men kidnapped her two days back from Gujarat, her Palace but she was successful in running away from their clutches just an hour back.

"I won't let you go anywhere and you are coming to my home, that's final." He said with so much authority as if he own her.

"Like this." He held her wrist, she stare his strong hold when he walked ahead.

After like half hour they reached his home. He pushed the door open then switched on light and waited for her to step in. She did come inside looking around the mess of room. It's just a room with no kitchen but in name of kitchen there is a gas stove with some dishes in a corner and the dirt on them clearly saying that nobody used them for many days. She looks on the other side where in another corner is a small bed with a not so clean bed sheet and pillow.

"Yes." He nods, studying her facial expression. It's like she has never seen a place like this in her entire life.

"Where are your parents ?" She ask, not find anyone there.

"I have no one in this world." He told, with a lost face. She feels bad for him.

"Hmm... I'm hungry." She remembered how her kidnapper gave food to her yesterday but today don't know why they didn't give her anything and now it's night, she is hell hungry to even feel shame asking food from a total stranger.

"Oh but at this time I can't get you anything, you see it's too late." He told her, because he always eats out.

"Is there anything to cook ?" She ask as she can't bear the hunger anymore.

"Yes here." He pointed at the corner, his small kitchen.

"But first I have to clean all this mess." She sat on bed looking at the dirt all around.

"Could you please help me, this will take less time." She asked his help, he was too tired but seeing her innocent face he found himself nodding yes.

She smiles and they both begin to clean the room. Meanwhile he sat on bed feeling sleepy but his gaze fell on her. He saw how she is cleaning everything with so much interest and her hair are disturbing her by falling on her face again & again which she pushes behind each time with a cute frown on her innocent face. She is wearing her wine red silk dupatta covering her whole neck properly, without any doubt she is a beautiful girl. Don't know why he didn't feel ashamed to scan her. She come toward him and pulled the sheet but he was too lost in her to even move.

"What are you doing ?" He got up, she threw the sheet aside thinking something.

"Do you have a new clean sheet ?" She asked without answering his question, and cleaned the space there.

"I want a clean sheet then only I'll sleep on this bed." She remembers her king size soft bed.

"Oh but who said you are going to sleep here in bed ?" He thinks she is in mood of making his room hers.

"So you are gonna ask me to sleep on the floor ?" She made a sad face and felt hurt as he didn't care for her.

"I...hmm" He didn't know what to say now. She looked away with tears in her black eyes.

"Damn why are you crying now ?" He almost shouted and felt angry seeing her moist eyes.

"Now you are screaming at me." She cries like a baby. He closes his eyes frustrated, doesn't know why this girl affects him so much.

"Stop crying." He says but she keeps on crying silently.

"I said stop crying." He put his finger on her crying lips, she looked at him with baby scared eyes.

"Ruko yahin." He went to a small steel almirah and took out a new sheet, also a pillow cover, then put it in her hands.

"Thank you!! You are so good." Her grumpy face soon shone up with a big bright smile.

"Do you always get your work done by blackmailing everyone like this ?" He give her an angry glare. She nodded no cutely, realising that she was troubling him.

"No, nobody let me work in my family and also there is no need for me to work." Now she is missing her family.

"Why, are you some princess ?" He asks sarcastically.

"Yes." She spoke lost in her thought.

"What ?" Her confirmation shocked him. She looked at him scared thinking what if he told anyone here.

"Hey I was just joking." She lied nervously, then began to spread the new clean sheet on the bed and put the pillow nicely after changing its cover.

"I'm feeling more hungry now." She searched for something but found just rice and sugar.

"Now what do I do ?" She thought, searching for more things but got hurt with a broken cup.

"Agh." She screams in pain.

"What happened ?" He panicked and come toward her and saw blood oozing out her finger.

"I can't do all these work, look I get hurt." She cries holding her hurt finger. Without thinking anything he put her finger in his mouth.

"Kitni baar kaha hai maine yeh kitchen ka kaam tumhare bas ka nahi hai" He yelled at her. She stopped crying scared by his anger but then she thought someone said this to her before. Then she remembers her Prince, the old time when they both got married and how they always used to fight like Tom and Jerry. He pulled her away, searched everywhere for ointment.

"Aap" She opened her mouth but he turned back only to glare at her, she instantly zipped her lips and sat on bed. He come toward her and sat on the floor in front of her.

"I'm troubling you a lot ?" She asked as he was applying ointment of her wound.

"Yes, too much" He accepted making a tired face.

"But don't know why I'm liking these troubles and this trouble queen as well." He thought gazing up at her face.

"Don't move okay." He warned her before going to look if there was something she made but he got nothing, then he left the room and returned in five minutes with milk. He cooked what he know best. It's Kheer, an Indian dessert consisting of rice and sugar boiled in milk but he don't have dry fruits to flavour it. After some time he returned to her.

"Take this." He gave her a bowl, She looked in that small bowl and in second her face lit up with happiness.

"Kheer!!" She quickly took the bowl from his hands and started to eat without sharing with him, he stare at her in amazement.

"Look god I made kheer and this girl didn't even ask me to taste it." He looked up complaining then sat beside her on bed feeling sleepy.

"Oh god I didn't even share with him." She stopped eating as soon as her stomach was full.

"He slept without eating anything, just because of me." She murmurs, feeling guilty looking at his sleeping form.

"I'll make kheer for him in the morning." She thought and finished the remain kheer as well. After keeping bowl aside she switched off the light and closing the door then she looked at the bed where he was sleeping, she sat there feeling sleepy.

"Why do I feel like there is some connection between us ?" She thought staring at him for a long time and didn't know when she fall sleep resting her head on his arm.

Precap: Smitten by love or it's a destiny game ?

So the Princess is kidnapped

so he admires her

they are both affected by each other

his words seem familiar to her

oh so she is married

where is her husband?

why do I feel that Maan is her Prince?

liked his care for her

sweet of him to make kheer for her

great that she felt guilty

glad she will make some for him

she feels a connection with him

update soon and do pm

Does maaneet know each other

update soon and do pm

Thanks dear, yeah sure.

Does maaneet know each other