The episode begins with Vaibhav being dragged to the panchayat . His mother Prakashi resists the punishment . Vir enumerates Vaibhav’s crimes n the numerous times he had been given chances to improve but his crimes knew no bounds . Mukhi refuses to pardon Him . Prakashi pleads him , as her mother , as Mukhi of the village panchayat. Mukhi states he could even listen tk to his mother , but not as Mukhi of the panchayat . He had to punish a murderer by hanging him a life for life .Anjali accuses Molkki for being the root cause , mama ji interrupts n declares this was because of Vaibhav’s own crimes , if he had not committed crimes both of these would have happened .

In the middle of the village panchayat Mukhi declares the hanging of the criminal . Prakashi pleads n pleads to stop the hanging . No one listens to her , Mukhi orders Hanging to be done . Prakashi fakes to gain n pretends to fall . Everyone’s attention gets diverted to Mukhi’s other , Vaibhav escapes in the nick of time ,

Vaibhav escapes by pulling out one of the drivers of their family cars n speeds away.

The entire family n police follow  Vaibhav’s car ... Prakashi, Anjaki n Yogi are together in one car and they appear to have connived in this escape plan  . sooon Vaibhav reaches a dead end . The road ends at a cliff , he comes out of his car n is caught by Virendra . And police . Mukhi asks Vaibhav ti surrender to police n not try to run . Vaibhav states what he did was right , he had done nothing wrong . His side of the story was never considered , only this Molkki n her sister were considered , he declares Priyashi deserved to die . Vaibhav pulls out his gun n tries to escape by pointing at Mukhi , Mukhi and Vaibhav have confrontation . The entire family is scared n pleads Vaibhav not to fire . Vaibhav accuses Mukhi is being his step brother , he was too much into the Molkki n her sister he did not treat Vaibhav as his own brother .
vaibahv trips n is over powered , Mukhi snatches the gun ,  au tries to escape , Mukhi fires at Vai in the chest n Vai is shot dead . Prakashi n distraught .
Police arrest Mukhi since he had fired in their presence . Mukhi surrenders  to police . Purvi is distraught , she pleads them not to arrest him she hugs Mukhi n weeps on his chest . Mukhi asks her to be strong , to take care of the entire family and his children . She had to be their caregiver in his absence  . This was their exam n both of them had to pass .

She weeps n wonders how will everyone survive without Mukhi ji . He asks her not to weep but be strong . In absence of Mukhi, Mukhiyani had tk take over the responsibilities . Purvi is inconsolable as Mukhi is taken away by police , she runs after the police keep but soon gets left behind,Moshe sinks on the road n howls .

Anjali berates Sethani Prakashi for allowing this to happen to her son, how could she just watch this happen ?? Was she made of stones ?? Anjali declares both Molkki n her sister to be “manhoos”Was she stone hearted?? Prakashi stands there silently in tears .

Manas n Juhi asks where is their papa. Anjaki blurts out Jail

Pirvi interrupts in time saying , he was buying jail ke paas ki zameen. Buying the lean near jail. anjali sneaks into an dark secret chamber where it seems Vaibhav is happily enjoying his drinks

Anjali smirks at him .

Edited by Sutapasima - 5 days ago

Thks Suta ji for the WU

Thks Suta ji for the WU

Now I understand that BTS scene where Mukhi was shown behind the bars ... 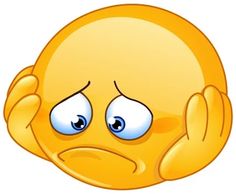 Now I understand that BTS scene where Mukhi was show behind the bars ...

she ll be so broken

Suta ji do u think Vai is really dead???

Am wondering hw ll Pur take Vir out of this mess????

Suta ji do u think Vai is really dead???

Am wondering hw ll Pur take Vir out of this mess????

Vai is really dead ... He was shot in the chest . Police declared him dead . I think now Prakashi will turn into a step mom for PurVir .

Vai is really dead ... He was shot in the chest . Police declared him dead . I think now Prakashi will turn into a step mom for PurVir .

So Vai was the link for Prakashi to turn negative

wht if Pri is still alive and she comes back

So Vai was the link for Prakashi to turn negative

wht if Pri is still alive and she comes back

Waisey they can get back Vai also ... Vai , Anjali, Prakashi n yogi could connive with police to show Vai as dead n put Mukhi behind the bars  and have him out of the way .

Everything is possible in these serials .

Colors' Molkki to witness the entry of Virendra Pratap's ...