Not worth watching the episode. Hate this stupid saas-bahu drama and Champa

Zero interest in it.

Veer is just a budbak in Rani's term. I don't expect him to play detective or see Ranisa'a true face yet. But I do expect him to stand by his promises. He promised Rani he will take her to the police station in the morning, already broke that

He said he will fix the lawyer issue. He is not, he is letting Ranisa do it.

On top of that, he thinks leaving Rani to do bahurani stuff is the right thing for her right now.

But Veer did say "we are doing Maha Saraswati puja, nothing wrong will happen with Ramu Kaka". I have some faith in this puja storyline. God won't let anything bad happen to Rani. She is too strong, who are the CVs fooling? My only hope is Veer goes and meets the lawyer himself, checkmate from one angle for Ranisa.

ViKiara's scene was worth watching, do watch it!! Both were hilarious but Pulkit is too damn good. He mimic'ed Kiara and I couldn't stop laughing

Rani said "I am stubborn like you. My dad has not taught me to accept defeat." You go girl!!!

We are with you Rani 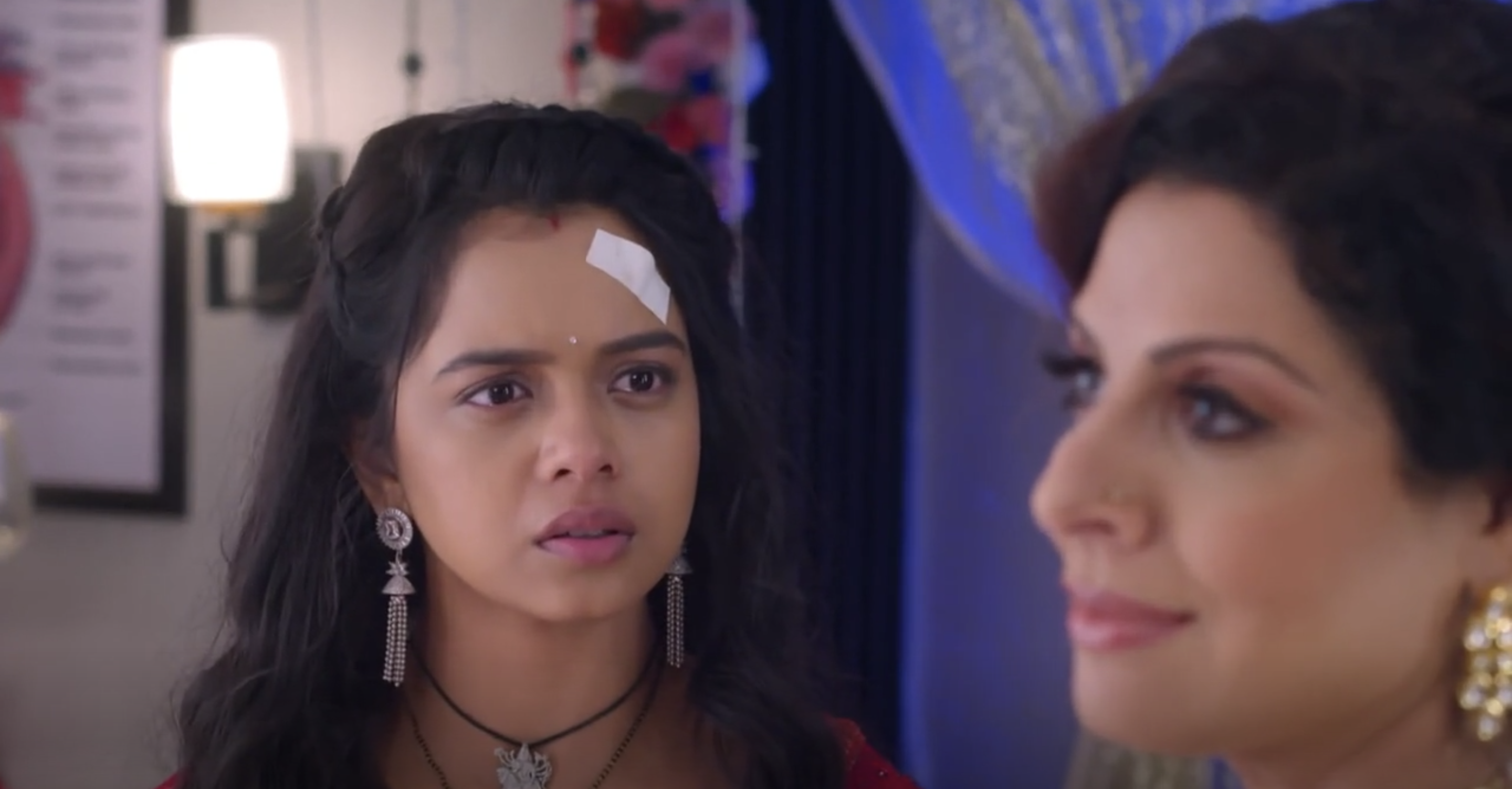 Lol Veer was so proud when Ranisa praised Rani 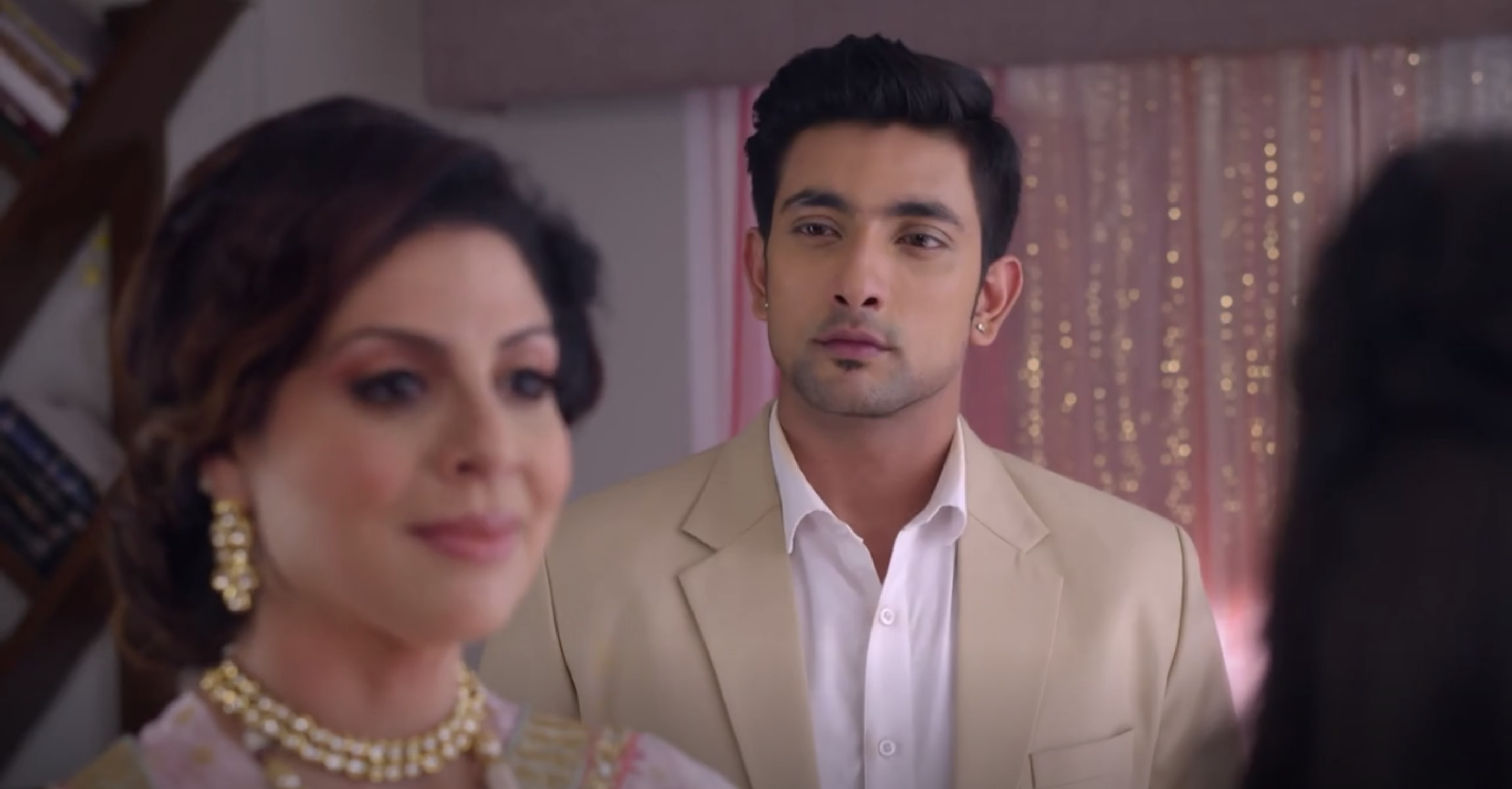 And Rani's reaction to Veer's happiness: "my husband is such a budbak goddamit" 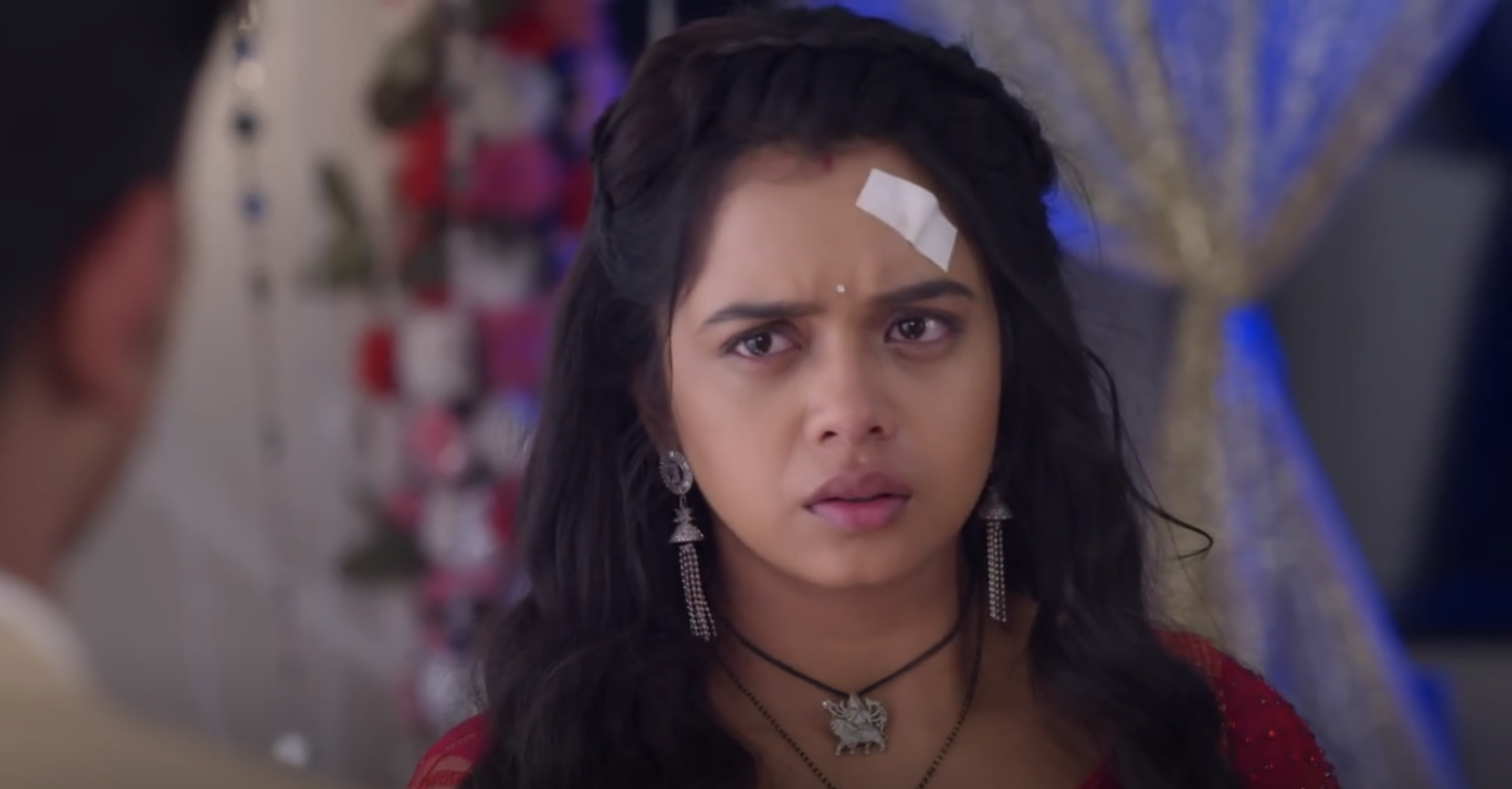 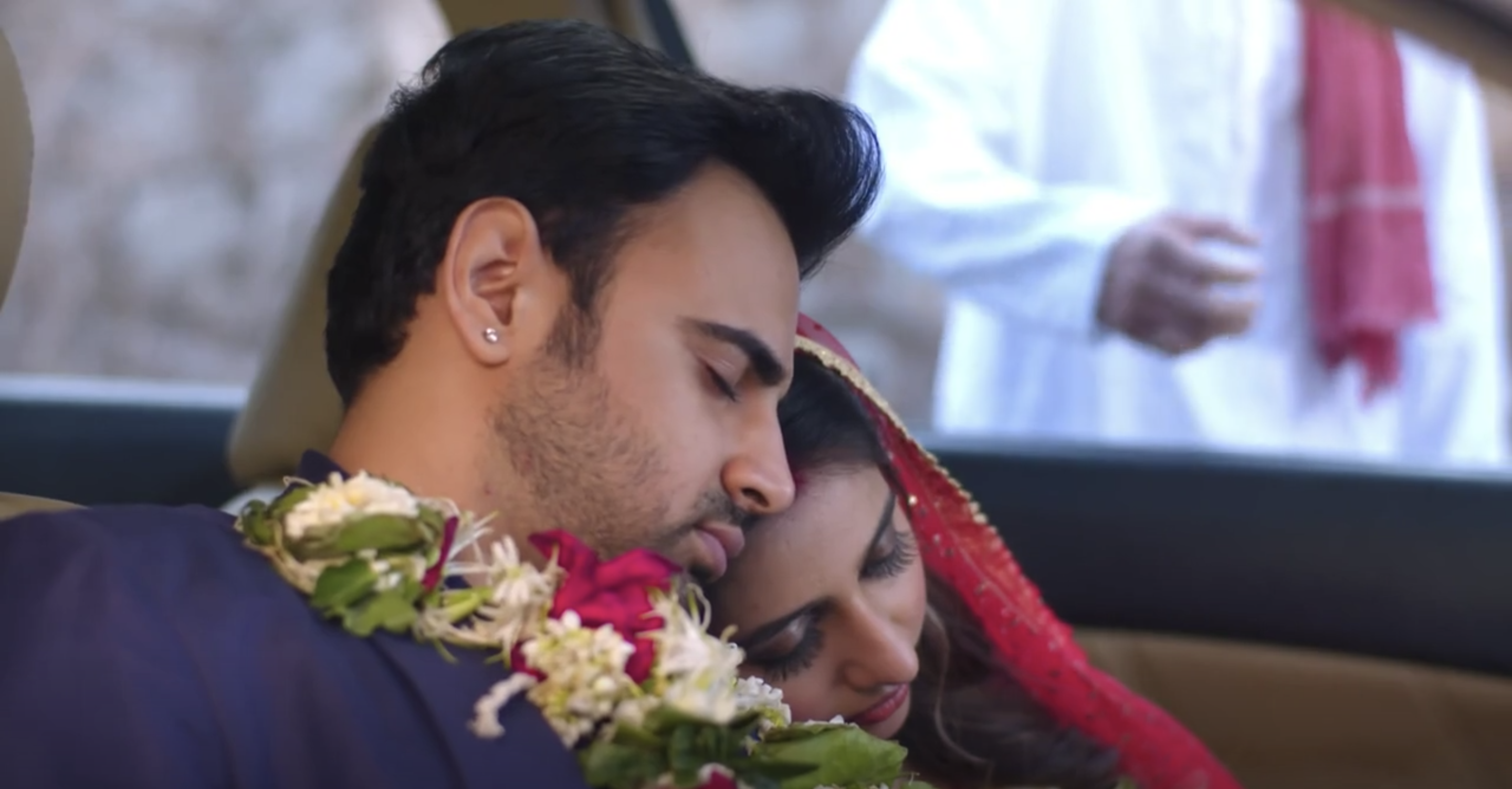 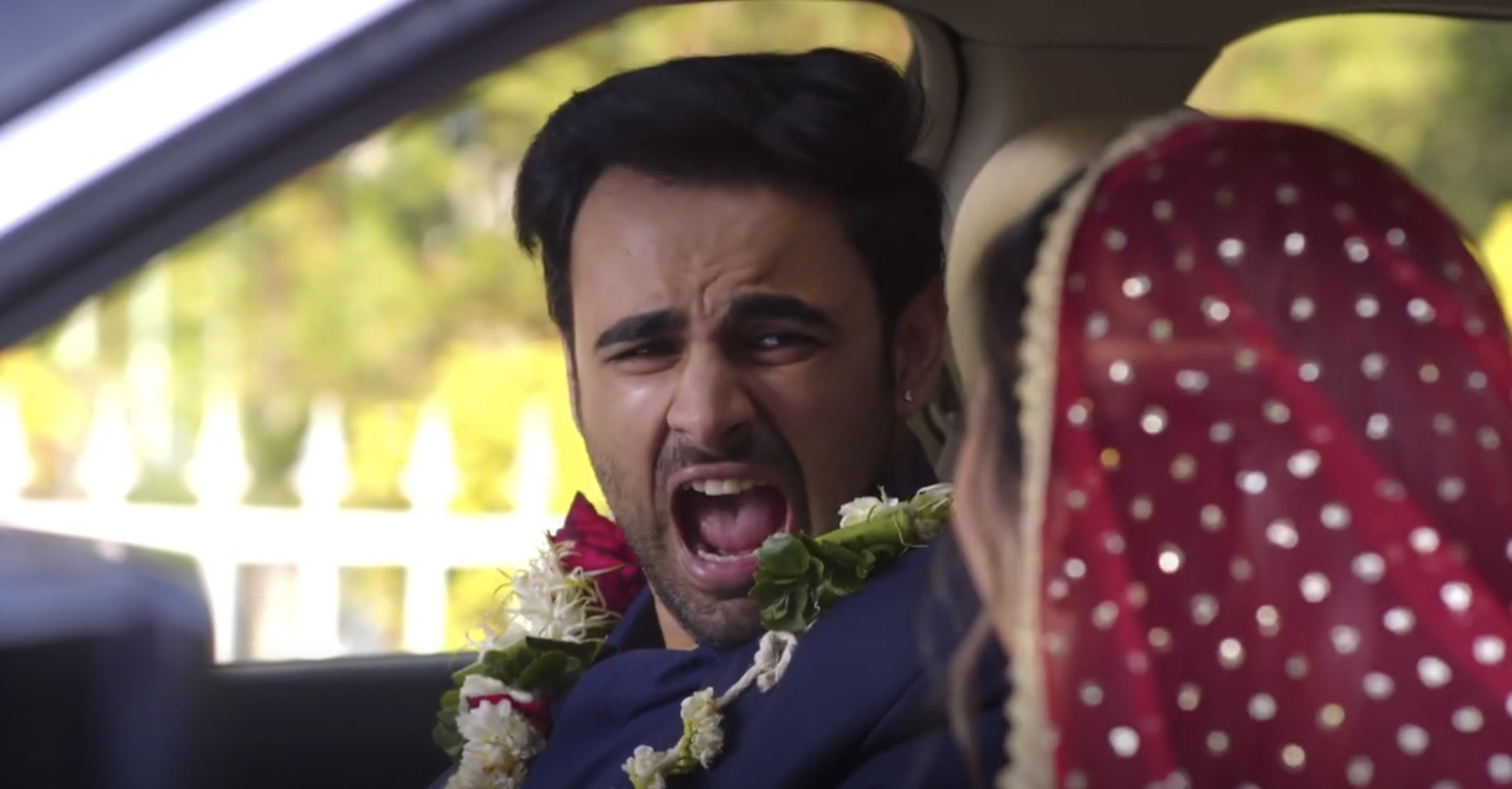 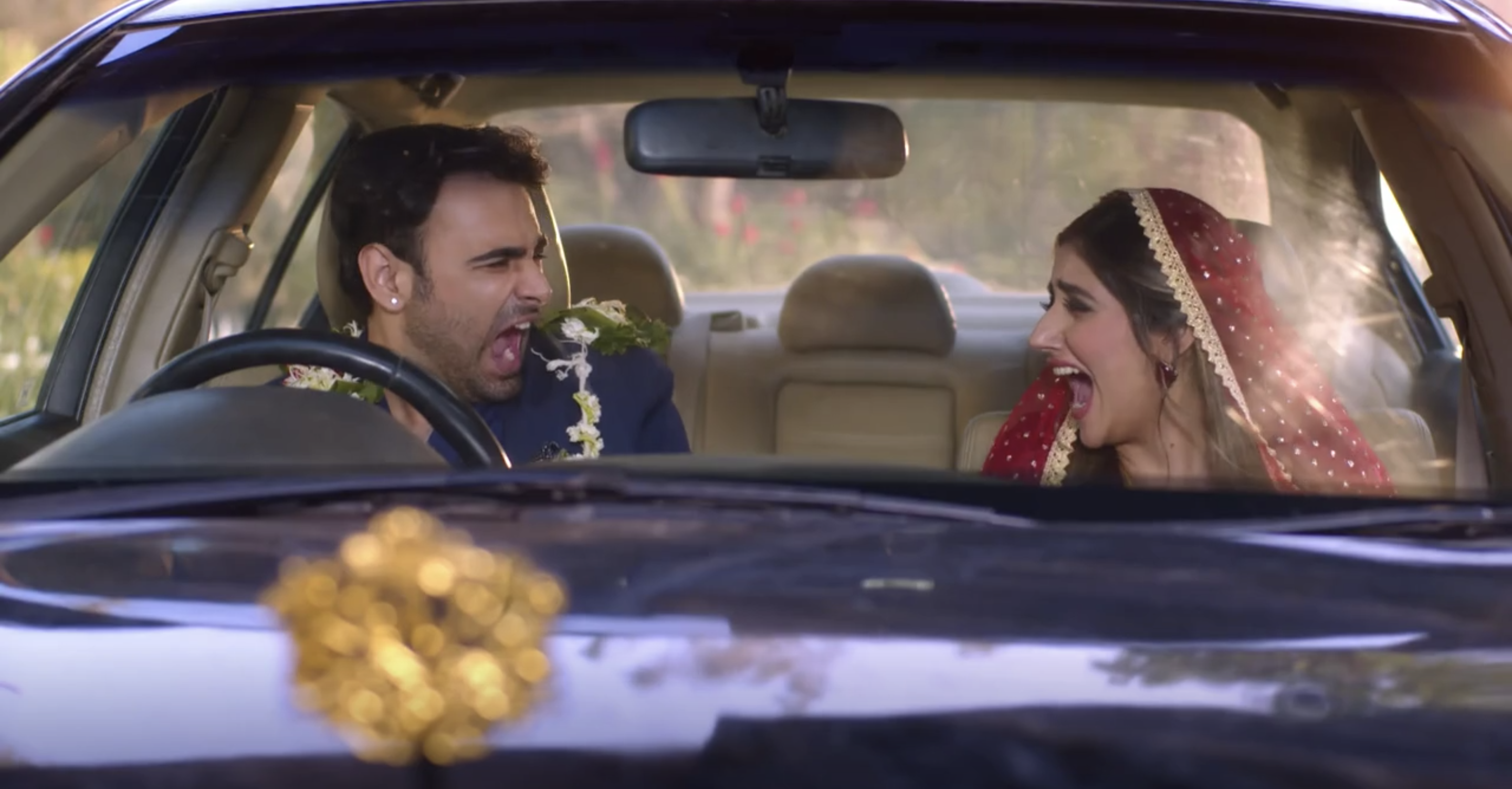 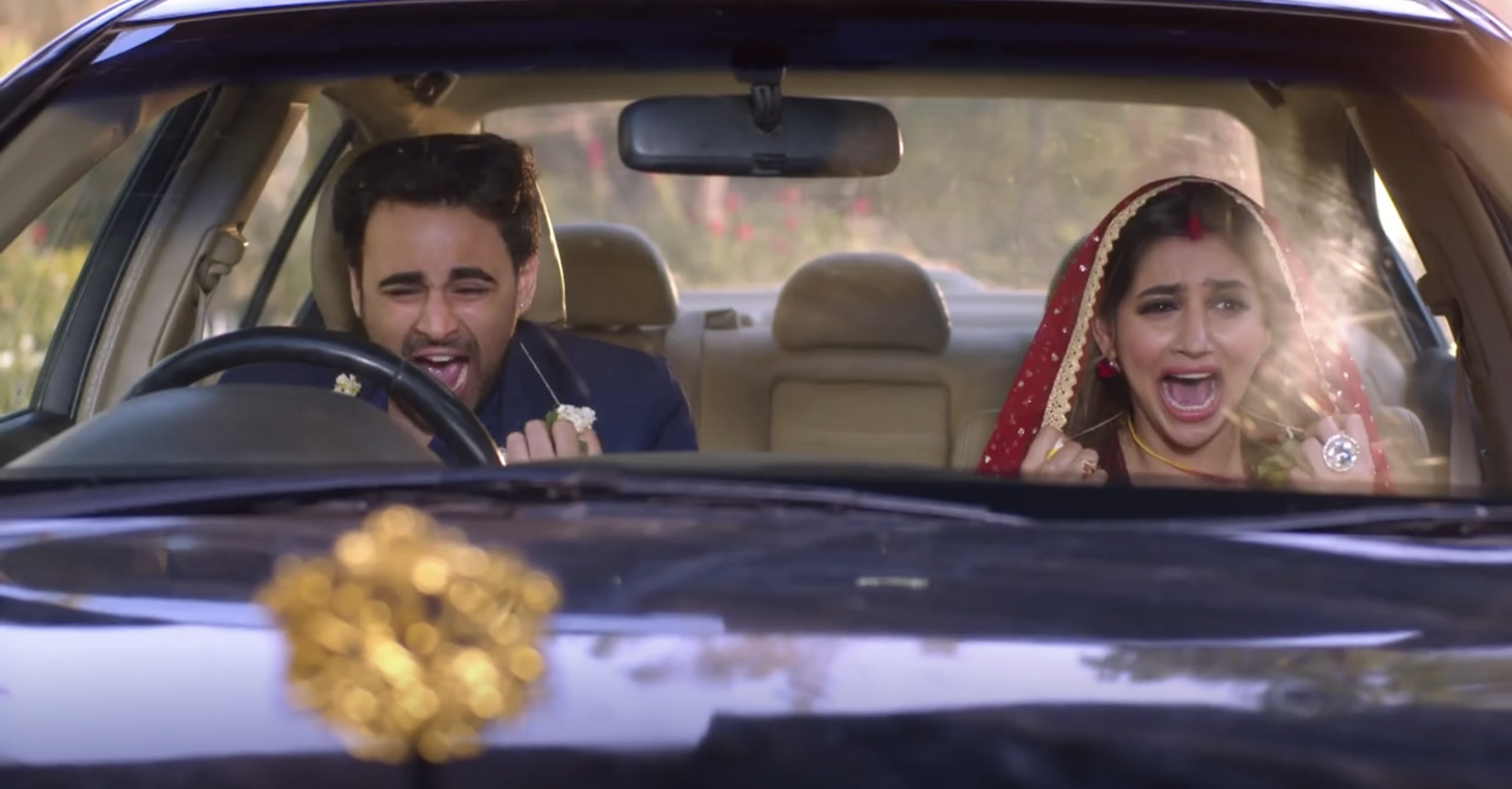 Rani is going to beat Ranisa's ego so bad 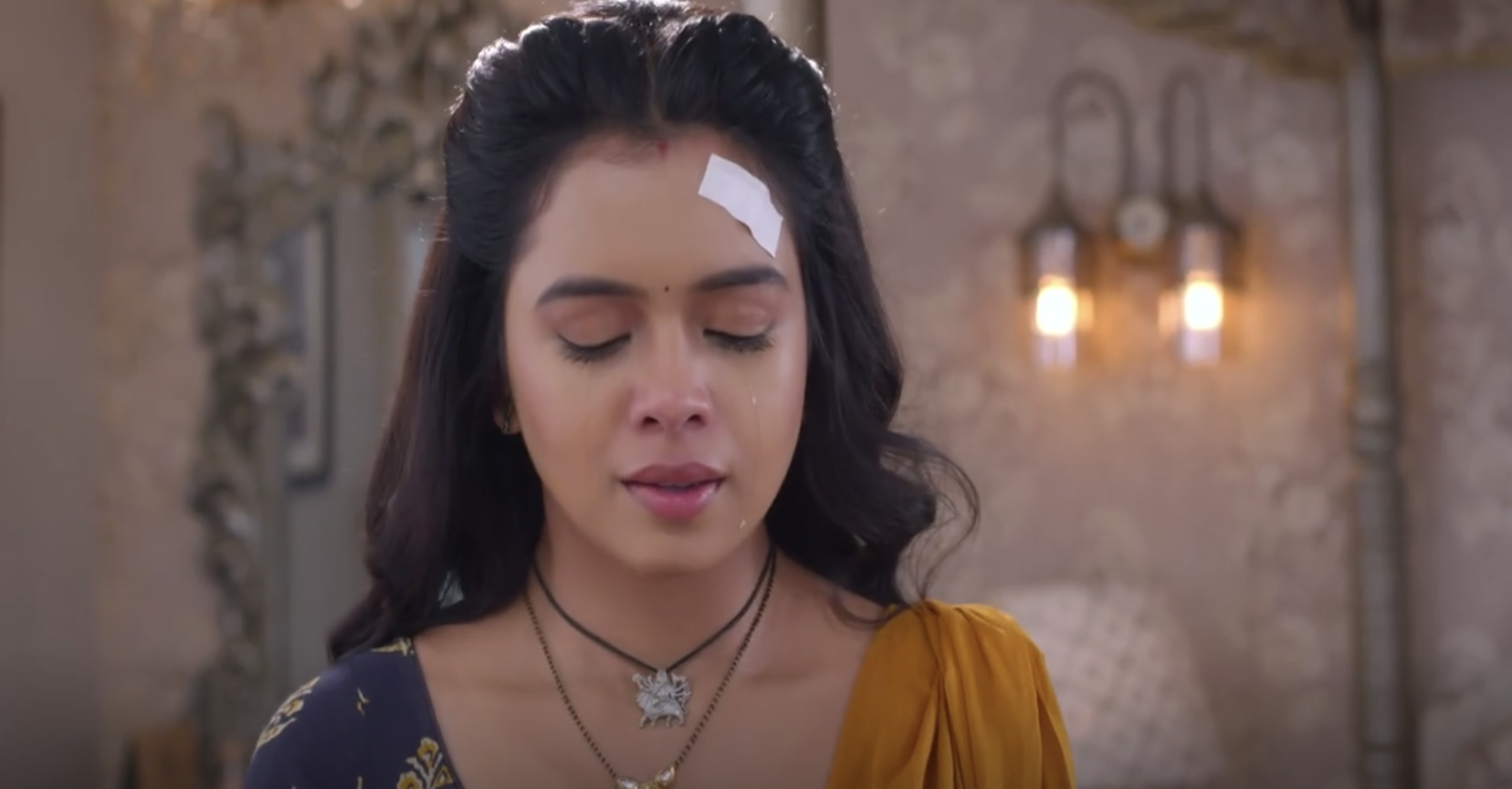 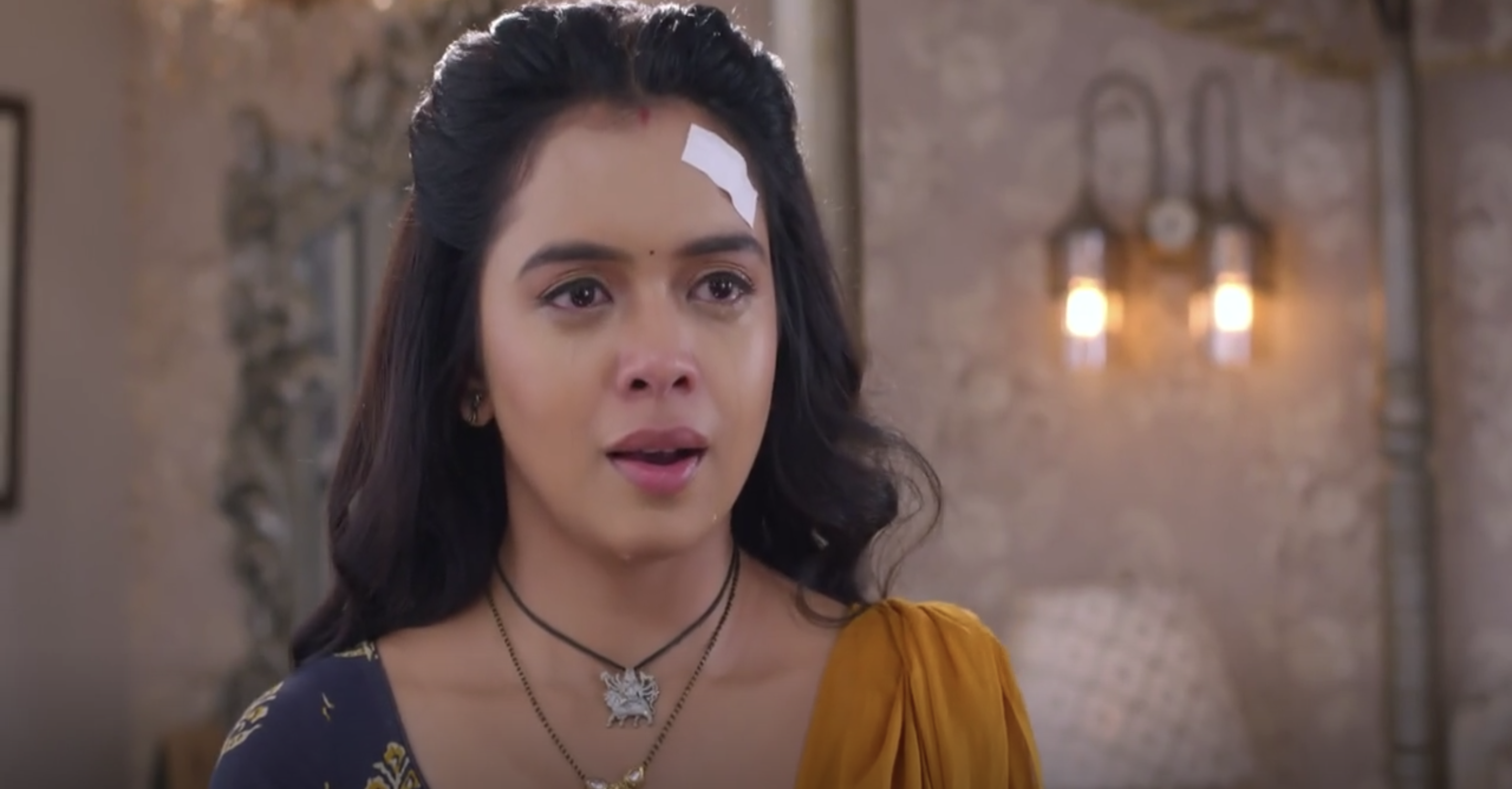 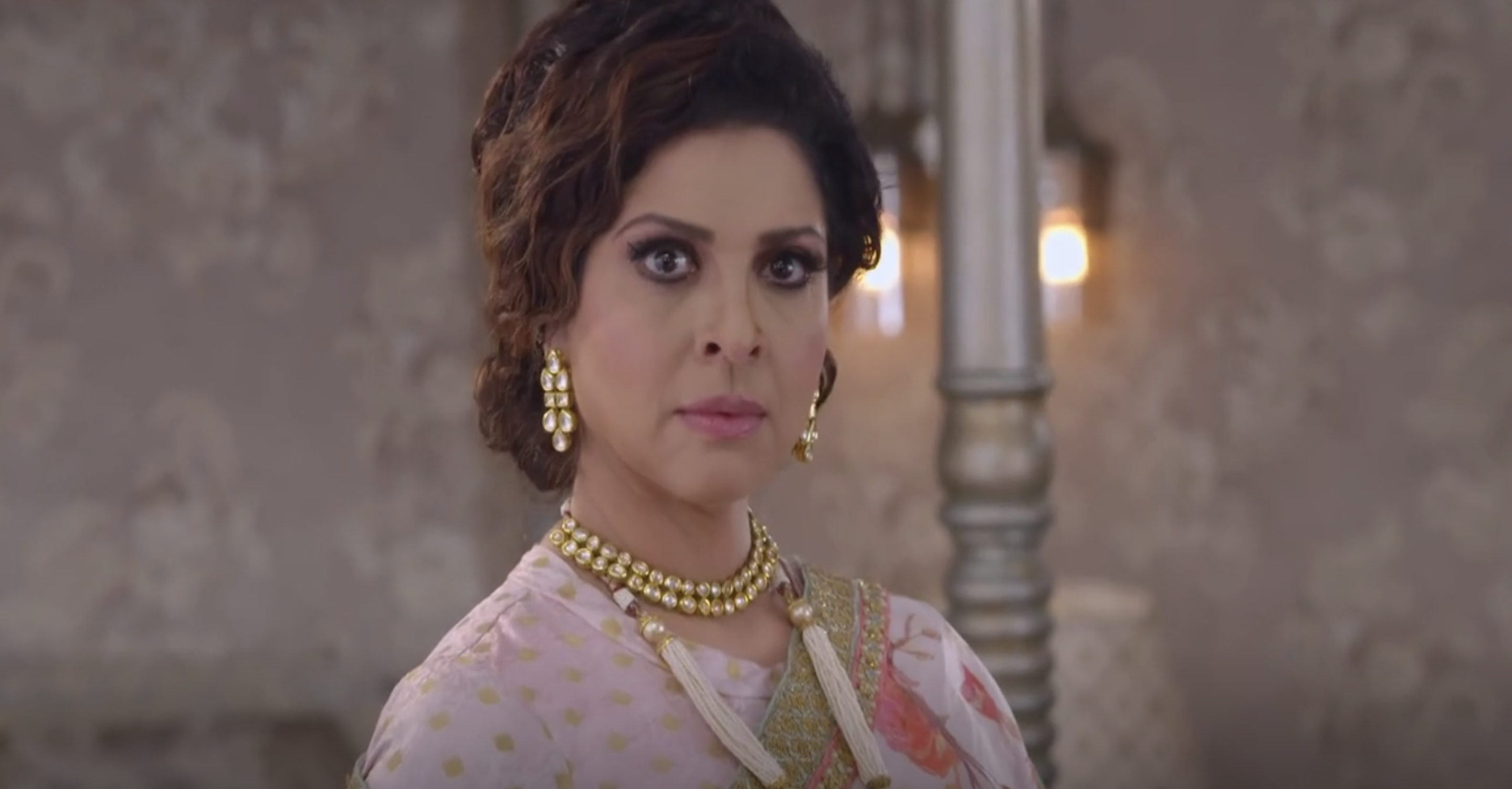 Rani calls her lawyer and says it's Rani, Ramadheer's daughter. Lawyer says I know. Rani asks whether he is fighting her dad's case. Lawyer says "no, like everyone else I am also not taking the case." Rani says "please take a look once, my dad is innocent." Lawyer says "okay we will see. Come at 11am and see me. Will tell you more then."

Ranisa comes and says "if you want to pray, pray to me. Because everything is under me now."

Veer is excited hearing that. Ranisa says "Rani you do all the preparations. Make the sweets too." Rani says "I have to go see the lawyer." Ranisa says "I told you Rani, I will deal with the lawyers."

Ranisa says "no need to say thank me, you are my son, I can do this much for you. By the way I have some guests coming too, take care of them as well...And oh sorry, I forgot to say the most important thing." She takes out the house keys and gives them to Rani "keep these, you take care of them now. This should have happened before. But it's okay, it is happening now."

Veer says to Rani "see how much Ranisa trusts you, she gave you such a big responsibility. I hope you can fulfill it". Veer says "I am sorry Ranisa, I have to leave for the hospital."

Vikram and Kiara are sleeping in the car. Pundit ji wakes them up. They get shocked seeing each other and blame each other for the wedding. Pundit ji's assistant says "you both married happily".

Both of them take off their garlands and throw them away. Vikram says "if everyone in the house find out about this wedding, there will be a lot of problems."

Rani calls her daadi from the kitchen about how to make the sweets. Dadi says "why are you in a rush? It's not a math question." Rani starts cooking. Ranisa comes and says "what are you doing? I told you to make the sweets, but that doesn't mean you make it on your own. I know you don't know how to make it. Why do we have so many servants? You tell them the recipe, they will cook." Ranisa tells everyone "do as the bahurani tells you."

Ranisa thinks to herself that she won't let Rani meet the lawyer. Champa also decides to do the opposite of whatever Rani says. Rani says "I have to go to meet the lawyer at 11am, please do everything fast." Champa tells everyone "do the opposite. The faster she says to do it, the slower you do it."

Rani calls her daadi again and starts the cooking process. All the servants are there to help. But they were all taught by Champa to do the opposite of what Rani was saying. So whatever Rani asks for, they hide it.

Rani goes to Ranisa seeing this. She asks "why are you doing all this? What did my dad do to you?". Ranisa replies "he didn't do anything. You did. You are at fault. Don't blame him for your mistakes. What do you think of Vikram and Nandini? They are brought up in the palace. They need some entertainment. They use you for that, they don't actually like you."

Ranisa continues "I know Veer's wedding was due to helplessness. And now you are dreaming of staying here. You think again and again that everyone loves you here? It is nothing like that. Vikram doesn't love you or even like you. He is just mad at me. And Rajmata? Rajmata only likes you because you are a responsibility. She thinks too much about lower class people. DV only likes you because you saved his life." Rani says "you are enjoying saying this so much. Imagine what will happen when Dr Sahab finds all this out?".

Ranisa turns blank for a second and then says "This is your problem Rani. You have a heart but your mind doesn't work. If you tell Veer all this, he will never believe you because for him I come first, not you. He will never trust you." Ranisa sees that it is 10am and says "bahurani, it has gotten late. get to work."

Rani remembers everything her dad says and says "there is no tension. We will have a puja, the sweets will be made, your guests will eat the sweets and I will also meet the lawyer at 11am." (WHAT A BOSS MOVE!!!

Ranisa gets worried seeing Rani's confidence. Rani says "jai matarani" and leaves. Rani has a lot of work. She uses her brain and calls only those employees who are her friends and understand her (Arun bhai, Kumud, etc).

Voiceover says that it is likely Ranisa will do a "pick Veer or bauji" thing and ask Rani to divorce Veer (personal thoughts?). He adds that they keep getting a copyright strike as soon as they upload the episode so they are unable to.

Weirdly enough today's precap according to zee 5 was a part of the episode.

It's the last part of the episode but some parts missing.

Rani asks ranisa "why are you doing this? what has Bauji ever done to you?"

She days "it's not Bauji, its you? You went against me. What do you think? Everyone loves you? Veer married you because of his helplessness, remember?"

I think even zee 5 has gone crazy.